As Australia faces massive bushfires across the country—15.6 million acres have been burnt as of the latest count—the aviation industry in the country has clearly been feeling the heat to address its role in climate change.

Just last month, Australian engineering firm MagniX successfully flew an electric seaplane operated by Harbour Air. The flight—which took place south of Vancouver, Canada, and was piloted by Harbour Air CEO Greg McDougall—lasted about 15 minutes and was the first time a plane fitted with an all-electric engine flew with a commercial fleet. The company hopes to have a full electric fleet by 2022.

While the move may currently only be feasible for short haul and commuter flights in the near future, it comes as Australia’s national carrier Qantas has already introduced more sustainable ways of flying. In November, the airline announced that it would cut its total emissions to net-zero by 2050. The airline also said it would cap net emissions at 2020 levels.

In 2018, Qantas operated a flight between Melbourne, Australia and Los Angeles with fuel made from mustard seed. The biofuel can offset at least half of the conventional jet fuel that a plane needs. Qantas will invest more than $34 million to develop fuels that can lower carbon emissions by 80% over the next 10 years.

The mustard seed fuel comes from carinata seeds which have been engineered by Agrisoma Biosciences. Qantas has also partnered with farmers in Australia to plant the mustard seed that will be used for Qantas jets, with the first harvest expected later this year.

But Australian carriers are not alone. In fact, far from it. Several major airlines are making a major commitment to take on climate change—a move that largely came on the heels of the “flight shaming” movement launched by youth climate activist Greta Thunberg.

International Airlines Group (IAG), the parent company for Air France, Iberia, Aer Lingus and British Airways, said it will offset all of its carbon emissions for domestic flights this year.

The airline group has said they will invest in carbon offset projects that include planting trees and the development of solar energy products across Africa, Asia and South America. It has also committed to replacing older aircraft with new fuel efficient ones. In a surprising move, Dutch carrier KLM even called for travelers to consider taking trains in an advertisement the airline released last June.

While this move toward environmental stewardship is on the horizon for the airline industry, nearly 100 fires are still burning across the Australian states of New South Wales and Victoria. 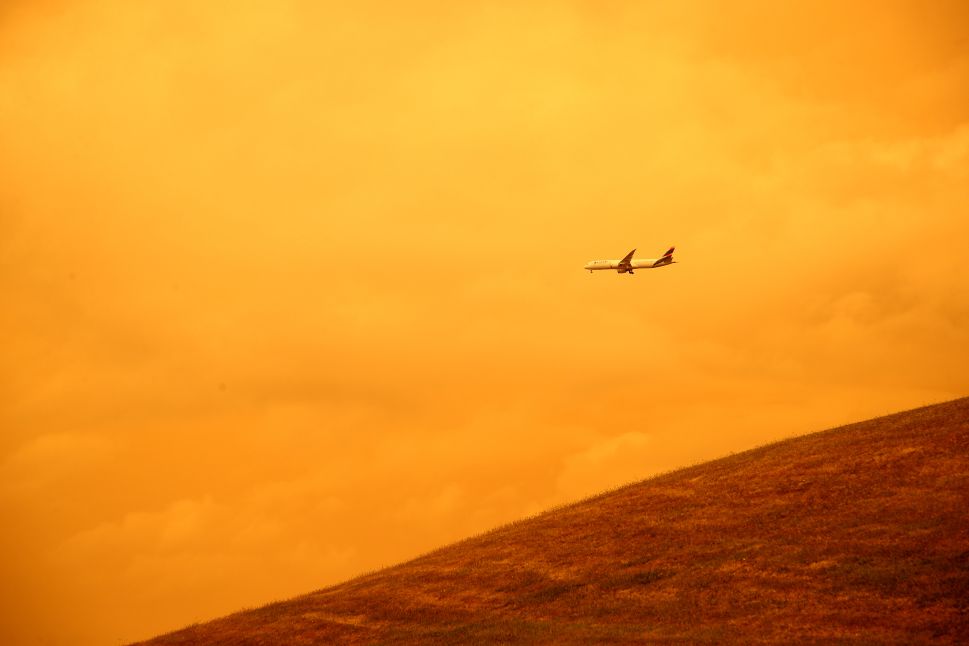