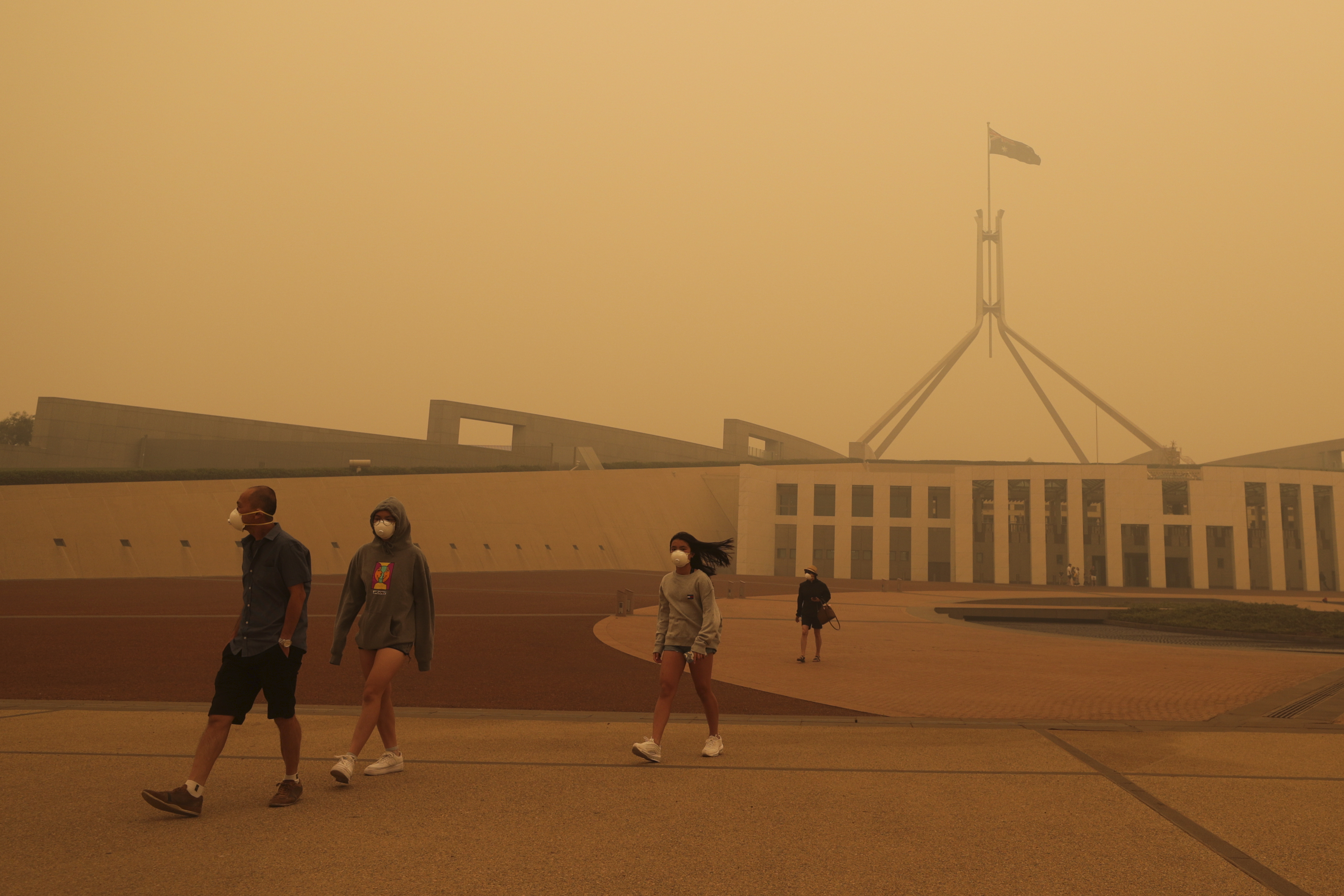 Australian residents in Canberra, the city in which the National Gallery is located. Alex Ellinghausen/The SMHFairfax Media via Getty Images

In response to the devastating bushfires that have been sweeping through Australia since November 2019, arts institutions have been introducing various strategies for protecting both the artwork that resides within their walls and their surrounding communities. Earlier this week, the National Gallery of Australia elected to close rather than potentially expose the artworks on display to the severely deteriorated and smoke-filled air in Canberra, the capital city where the museum is located. And the Murray Art Museum in Albury, southern New South Wales, has been serving as a resource for members of the community who’ve been displaced by the fires and who need an air-conditioned respite from the environmental impacts outside.

While the implementation of what have been called “emergency measures” at Australian institutions might cause alarm, it’s important to recognize that Australian art conservationists have been well aware of the environmental risks posed to their artistic institutions in the face of worsening climate change-related natural disasters. For example, the Australian Institute for the Conservation of Cultural Materials has cultivated a series of specific recommendations for rescuing fire-damaged items, and the way certain Australian arts institutions are structured help them stay safe from environmental catastrophes not often considered in institutional planning. Back in 2011, an episode of flooding in Brisbane threatened the collections of the Queensland Art Gallery and the Gallery of Modern Art, but administrators were able to rescue artwork from rapidly rising waters by moving it to higher floors in the respective spaces. Both have storage located in the top floors, which is unusual for art galleries but necessary in the face of potentially catastrophic flooding.

But even with careful planning, it’s undeniable that the smoke from these destructive wildfires has proved to be a serious challenge. “Smoke is suspended airborne particles,” Nick Mitzevich, the director of the National Gallery of Australia, explained to the Sydney Morning Herald. “Those airborne particles can have any number of carcinogenics in them. If they settle on a painting or a textile or a photograph, they could have a corrosive effect on the surface. Anything in the air that is a foreign body has the potential to deteriorate artworks over time.”

The National Gallery is currently playing host to a special exhibition featuring works by Matisse and Picasso, so protecting these aging works is deeply necessary. So far, 12.35 million acres of land have gone up in flames across Australia, at a time when the country’s fire season is usually just beginning. Meaning that, unfortunately, further fires can be anticipated. 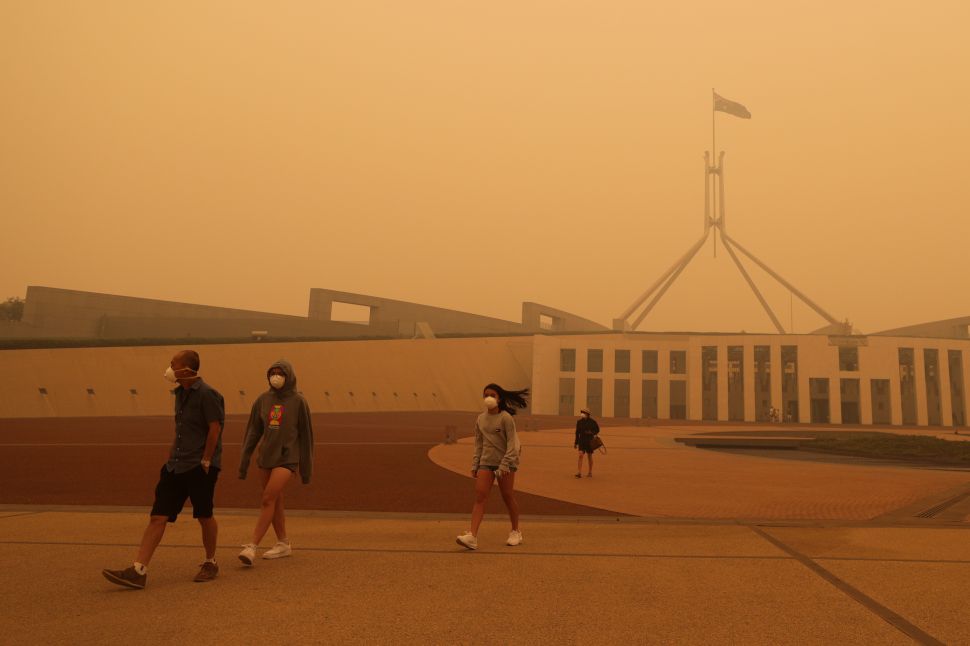