Did anybody ask for this? No, but perhaps we should have.

Bad Boys, the franchise none of us even knew was still a franchise, has been resurrected at precisely the right time. Movies—and our conversations about them—have become so frightfully freighted with meaning and importance, to the point where an offhand tweet about The Irishman or Uncut Gems is attacked with the rigor of a dissertation committee. While this is not necessarily a bad thing—reading and interpreting the tea leaves of pop culture is one of the great joys of being human—the relentlessness and seriousness of the conversation can be a bit exhausting.

SEE ALSO: ‘Bad Boys for Life’ Is a ’90s Rebuttal to Modern Action Movies (For Better or Worse)

Bad Boys for Life is the ultimate palate cleanser for our fraught cultural moment. It is difficult, if not impossible, to consider the high-octane shenanigans of Messrs. Lowrey and Burnett—characters first played by Will Smith and Martin Lawrence respectively a quarter century ago and last portrayed by them in 2003’s profoundly forgettable Bad Boys II—and get hung up on matters of great significance.

Instead, this is a movie where the charming guys fire holes into the un-charming guys while blowing stuff up and telling mildly funny jokes. Its story is absurd, most of the dialogue not spoken by one of the two leads is laughable, and save for a draggy middle section when the plot mechanics keep the bad boys separated, it’s a lot of fun.

While ostensibly a two-hander, Smith does most of the heavy lifting through the bulk of the movie, while Lawrence’s particular set of skills aren’t truly unleashed until the back end. As Mike Lowrey, a hotshot cop who’s glamorous lifestyle becomes threatened by choices he made around the first time we met him, Smith must emote and instill gravitas while also driving his Porsche and a motorcycle at extremely high speeds and engaging in rooftop fisticuffs with a killing machine who has dedicated his life to destroying Lowrey’s. (Jacob Scipio plays the main bad guy while Mexican actor Paola Nuñez plays his revenge-obsessed mom, who is often shown on a Mexico City rooftop lighting candles in the name of the female deity and folk saint Nuestra Señora de la Santa Muerte.)

It’s a heavy load for Smith, and much of the fun of the film is both in how completely dedicated he is to this absurd endeavor and how easy he makes it all look. The actor, who has (not without good reason) taken a fair amount of flack in light of Gemini Man‘s critical and commercial failure, still tops the list of movie stars you want to guide you though the kind of high-priced B-movie pyrotechnics on display here.

Clearly Lawrence, whose presence seems to take the weight of the world off Smith’s shoulders, is a source of inspiration. The grace of their banter and the depth of their connection makes you wish that they starred in films together beyond Bad Boys, like Gene Wilder and Richard Pryor once did. (It also brings to mind the acute lack of spark generated by Dwayne Johnson and Jason Statham when they covered similar territory last summer in Hobbs & Shaw.)

The violence in Bad Boys for Life is intense and constant. So many people get shot, from well-known characters to those you hardly notice until they’re bleeding out. But the Belgian team of Adil El Arbi and Bilall Fallah, taking over directing duties from Michael Bay (who makes an amusing cameo in the film as an emcee at a wedding), capture the carnage with visual coherence and a sense of flair. They stick to absurd movie physics that match the plots absurd movie logic; as a result the death and destruction registers as theatrical and not real world and is less disturbing than it probably should be.

When the original Bad Boys hit theaters, Smith and Martin were still starring in their respective sitcoms, and Cops, the show whose Inner Circle theme song inspired its title, was in its sixth season. It is hard to even contemplate just how much the world has changed in that time, yet there is something oddly comforting, maybe even necessary, about this movie operating as if nothing has. This is a silly film meant for a big screen, preferably one of America’s last remaining drive-ins, ideally sharing a bench seat with a friend who will laugh just as loud at the unintentional hilarity (“It’s personal,” says a sergeant after a fellow cop is shot) and purposeful humor.

And if you don’t have long drawn out discussions about Bad Boys for Life weeks later online? All the better. 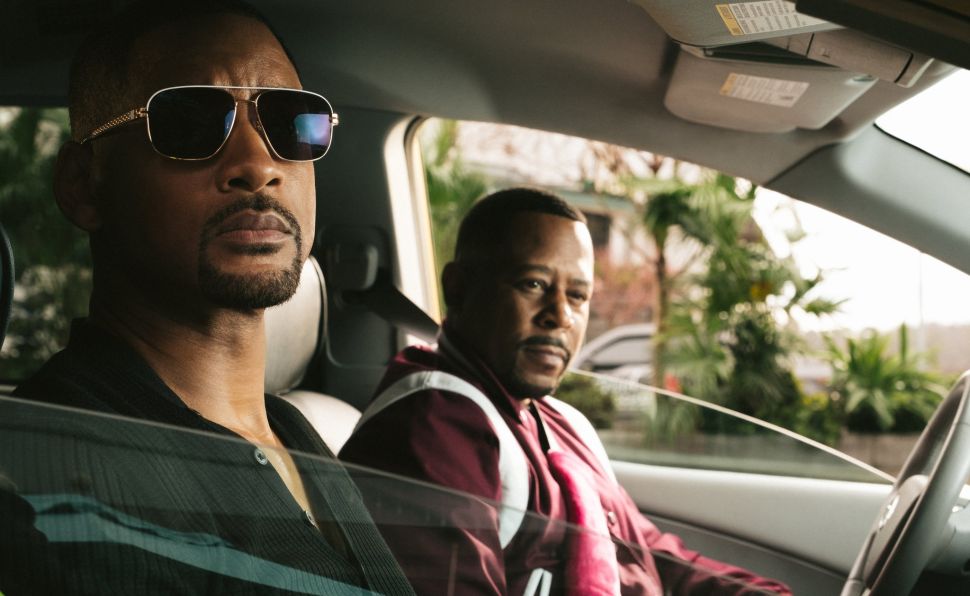