Darwin’s Law of Evolution states that species are neither completely uniform nor immutable. Held within their genetic code is the ability to change from generation to generation. The genres of cinema, just as the genuses of the natural world, change and evolve over time. The push and pull between nature and nurture produces groundbreaking creators to expand the notions of conventional storytelling, while increasingly knowledgeable audiences demand new and unique products from Hollywood. As such, the action genre has undergone its own metamorphosis, which is why Sony’s Bad Boys for Life feels as if it’s been plucked from a bygone era.

Perhaps it’s no coincidence that Western entertainment was built on the back of the archetypal Western. Cowboys on the final frontier forcefully instilling lawful morality in lawless vacuums. Douglas Fairbanks, Steve McQueen, Clint Eastwood. Ian Fleming’s James Bond ushered in a new era of action with Sean Connery in the 1960s—suave spies traipsing about in aspirational fantasy. The ‘70s followed with a deluge of gritty detective tales and sci-fi adventures, while the ‘80s gave birth to the big budget action star in the mold of Sylvester Stallone and Arnold Schwarzenegger. By 1995’s Bad Boys, the genre had transmogrified once more.

SEE ALSO: Bombastic and Absurd, ‘Bad Boys for Life’ Is Also a Lot of Fun

Michael Bay’s Bad Boys helped popularize the urban action drama. It hit theaters at a time in which the genre was dripping in over-the-top machismo; it’s no coincidence that it arrived in the same year that Die Hard With a Vengeance led the global box office. It wasn’t so much a movie as it was a series of set pieces loosely connected by brief interludes of snappy dialogue. And it was awesome.

The green Will Smith and Martin Lawrence shined as two highly likable, high-energy performers who survive a dizzying number of shootouts, car chases and collateral damage–inducing explosions. Barely a script, all scrap, like cinematic cocaine. It was a huge hit that blew the doors open for action comedy and boasts an impressive level of rewatchability to this day. Smith still credits the film for adding a new dimension to his brand, which then revolved around his goofy comedic chops. A successful sequel followed in 2003 and now, 17 years later, Bad Boys for Life attempts to employ the same reckless abandon to reignite interest in a multi-picture continuation of the franchise.

Bad Boys for Life is entertaining thanks to the kinetic interplay between Smith and Lawrence still spinning nuggets of gold. Yet the movie is reverse-engineered to resemble its lens-flare-sun-tanned Y2K-era predecessors. The screenplay desperately wants to give the impression of growth with repeated Grandpa cracks (Smith is now 51, Lawrence is 54), but it can’t bring itself to deviate from the tried and true formula of shoot first, ask questions later.

There are sunglasses and suits, sports cars and slow-motion—even Bay makes a cameo. None of this is inherently bad; a lot of it is even fun. But it is old hat. The tone, style and story beats are as familiar and overly utilized as your favorite video game fighting combos—punch, punch, kick, shoot and repeat. Innocent bystanders be damned, we have quips to make among all the casualties! And just in case you forgot you’re watching a Bad Boys movie, the characters will launch into a rendition of the franchise’s namesake song roughly every 1.5 scenes to remind you. It’s as if it’s straining under the weight of its own legacy.

Twenty five years into the franchise, Bad Boys for Life is simply outmoded. It doesn’t possess the winking camp of the Fast & Furious series, which knowingly compounds ridiculousness on top of lunacy and invites the audience in on the joke. Despite the LOLs, Bad Boys has always taken itself more seriously than B-movie shenanigans. Nor does the film embrace the elegance, grace and fluidity that have turned the hyper-realistic gun-play in John Wick and the bone-breaking fisticuffs of The Raid into globally beloved action franchises balanced on the cutting edge of fight choreography. If those films are carefully wielded weapons, Bad Boys for Life is a scattershot projectile.

Christopher Nolan dared to challenge your mind and not just your eardrums and eyeballs with the multi-layered Inception, giving audiences a puzzle piece to figure out. George Miller painted the chaos of Mad Max: Fury Road with Van Gogh-like brush strokes, creating stunningly beautiful mayhem to the tune of six below-the-line Oscar wins. Say what you want about the Marvel Cinematic Universe, but at least the franchise is coated in empathy, a sentiment the Bad Boys franchise has never troubled with. Instead of branching out visually, thematically, or artistically, Bad Boys for Life triples down on what has worked before even as the genre around it has developed into new directions. It’s fascinating that Bad Boys for Life could be to 90s action movies what El Dorado was to John Wayne Westerns, a product of a bygone era, holding on.

Capes and cowls have replaced the more traditional shoot ’em ups with branded IP, shared cinematic universes, and some pretty damn good fight choreography in its own right. At their best, they’re fuller than anything Bad Boys for Life—which confuses adrenaline for serotonin—has to offer, despite its good intentions.

When Bad Boys first arrived, the combination of repeated blunt-force trauma and high-wattage chemistry was more than enough to earn our money. Personality, punchlines and panache still go a long way. But audiences are inundated with such volume of versatile content these days—and blockbuster production levels on the small screen no less—that Fun Dumb Action Movies need a little extra oomph to get across the finish line. Neo-Westerns like Hell or High  and Logan are utilizing modern motifs to stay relevant, Keanu Reeves reinvents himself every decade with a new iconic ass-kicking character that redefines action capabilities, and deeply interwoven mythological tales support action-based spectacle blockbusters.

Bad Boys for Life is planning its future by looking to its past. Audiences will warmly embrace nostalgia to a point, but it’s a fleeting heat. It’s time to evolve. 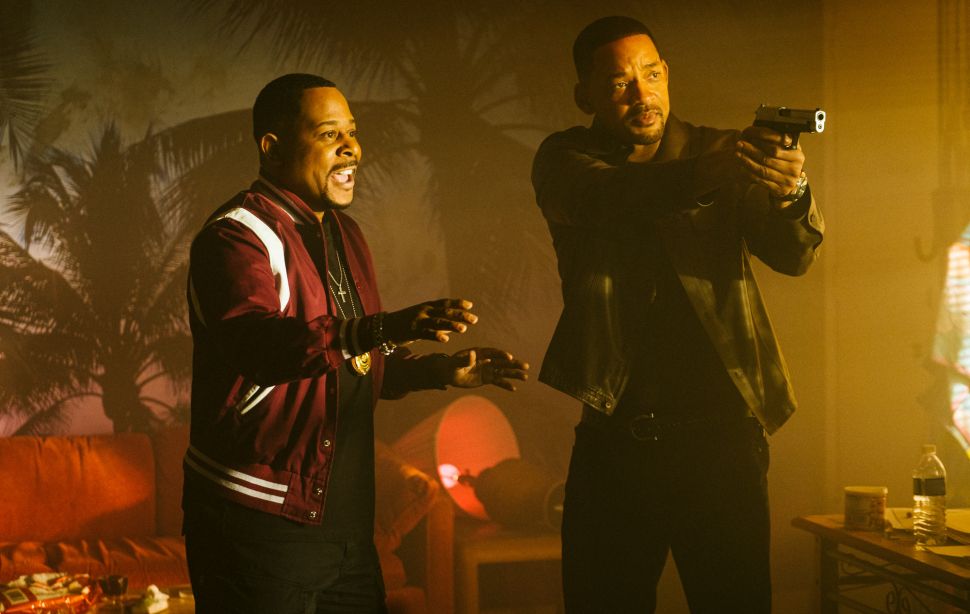