Ever since former President Barack Obama vacated the White House, he and Michelle Obama have embraced having a bit more spare time and embarked on quite a few envy-inducing getaways around the world. They’ve traveled to Tahiti, Bali and many a tropical vacation, including a trip to Richard Branson’s private Necker Island, where the erstwhile commander-in-chief partook in a sports competition with Branson as the duo went kite surfing together, with photo proof.

The former president is enjoying all his favorite activities on the family’s current Hawaii holiday, including plenty of rounds of golf and, of course, some quality ocean time. Obama decided to start out the new year by diving right into the ocean and trying out paddleboarding, which we already know he loves—never forget the Obamas vacation on David Geffen’s yacht, when Barack Obama became the best Insta-Husband of all time.

According to a set of photos obtained by Daily Mail, Obama wasn’t exactly an expert this time around, as he tumbled into the after a minor stumble on his board, but got right back up. Also, he was joined by a Secret Service agent floating around in a nearby kayak, in a bulletproof vest that didn’t exactly blend in with regular vacation attire.

The Obamas arrived in Hawaii on December 16, and they’ve been making the most of their family vacation for the past two weeks. Malia and Sasha Obama joined their parents for a portion of the trip, but have since returned home to prepare for their upcoming spring semesters at college, per Hawaii News Now.

President Obama gracefully walked up and asked to hold my niece Riley. He was golfing in Hawaii. My niece is the GOAT period. #Hawaii #obama #President #MichelleObama pic.twitter.com/u6gmhGqzx4

Barack Obama headed for the golf course shortly after his arrival in Oahu, opting to play at the Mid-Pacific Country Club on Lanikai, and on two separate occasions, couldn’t resist taking the time to coo over babies—thankfully, it was all captured for photographic and video evidence, with Obama asking if he could hold the three-month-old, saying, “she’s adorable.”

This week, Barack and Michelle Obama went for dinner at Yaya’s Chophouse and Seafood in Kakaako, along with Barack Obama’s sister and her family, and posed for a few cheerful snaps with the staff.

It’s not clear how long the Obamas are planning on staying in Hawaii, but surely they’ll be returning home in the near future. They do have another vacation home to prep for summer, though—they recently purchased a Martha’s Vineyard getaway for $11.75 million. 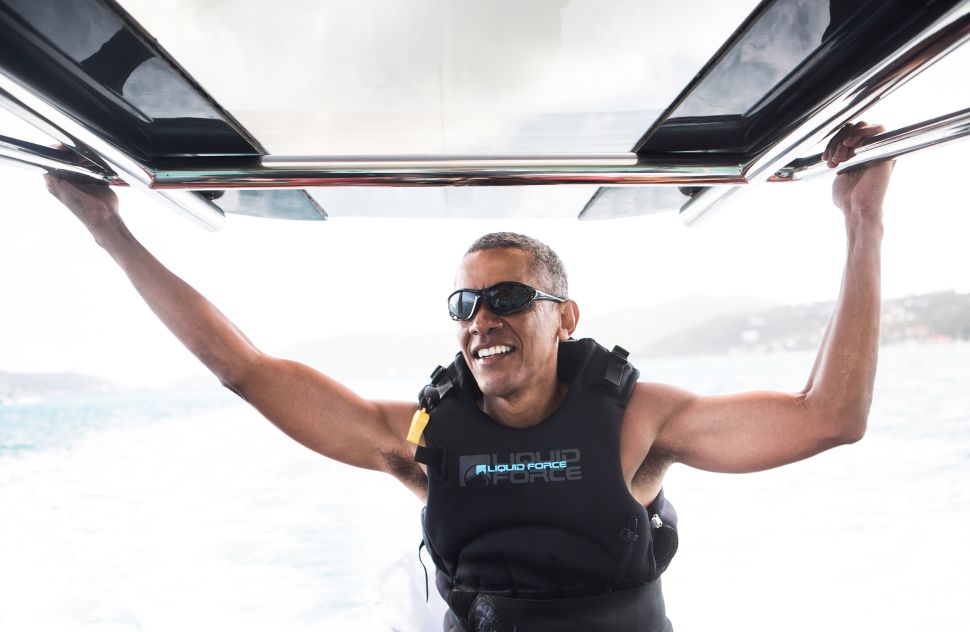