Three days before Christmas, Dennis Muilenburg lost his job as CEO of Boeing, 10 months after aviation authorities around the world grounded 737 Max jets following two fatal crashes that killed 346 people in 2018 and 2019. Pressured by public outcry over the 737 Max crisis, Boeing’s board of directors voted that Muilenburg, who had been with the company for 34 years, would not receive any severance pay—nor any performance-based bonus for 2019.

Muilenburg is equipped for a comfortable retirement, though, as he’s set to walk away with a package worth about $80 million from “pre-existing retirement benefits,” including stock options, performance awards and other assets, Boeing revealed in an SEC filing on Friday.

The package includes Muilenburg’s holding of Boeing shares prior to serving as CEO worth $4.3 million (as of Thursday’s closing price), vested Boeing stock worth $29.4 million during his tenure as CEO and distributions from pension and deferred compensation worth $28.5 million. In addition, he is entitled to stock options to purchase an additional 72,969 shares of Boeing stock worth $24 million as part of a compensation plan before he became CEO.

Boeing noted that these benefits were smaller than they could have been had he not “retired” early. Specifically. Muilenburg has forfeited about $14.6 million worth of unvested stock options as part of his CEO package.

Muilenburg started at Boeing in 1985 as an intern fresh out of college. He held numerous engineering and management roles within the company over the following years and was promoted to president in 2013. He was appointed CEO two years after that and, another year later, chairman of the board.

In the aftermath of the two 737 Max crashes, Muilenburg lost his title as board chairman in October 2019. Boeing board members kept him CEO for another two months until they decide that “a change in leadership was necessary to restore confidence in the company moving forward,” they said in an announcement on December 23 and stripped his title as CEO.

On Monday, Boeing announced that current board chairman David Calhoun will succeed Muilenburg as the new CEO. He will receive $1.4 million in base salary plus a long-term award program worth $7 million tied to performance goals, including “full safe return to service of the 737 Max,” said Friday’s filing. Calhoun is eligible for a few extra incentive plans, including a three-year stock vesting program worth $10 million designed to compensate him for leaving his previous employer, Nielsen. 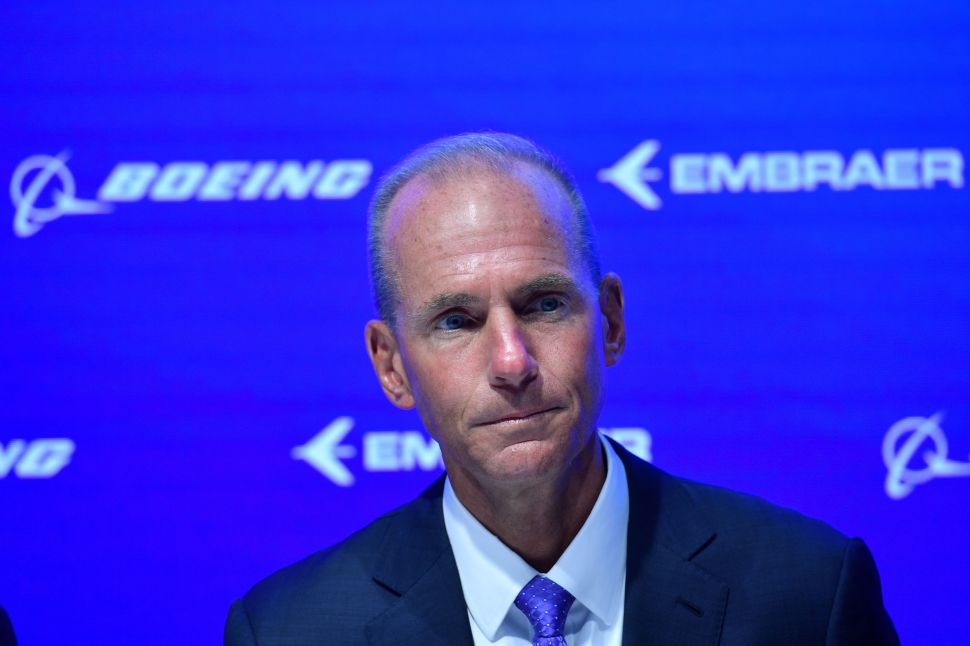