Warner Bros.’ DC Films hasn’t been on a roller coaster ride the last few years as much as a rickety rocket ship. 2013’s Man of Steel ($668 million worldwide), 2016’s Batman v Superman: Dawn of Justice ($872 million) and 2017’s Justice League ($658 million) all failed to meet box office expectations and divided audiences right when WB needed a unified front to launch a shared cinematic universe. But with some studio-level rejiggering, smart hires behind the scenes, and a few risks, DC Films is now flying high. 2017’s Wonder Woman ($821 million), 2018’s Aquaman ($1.1 billion) and the Oscar-nominated Joker ($1.0 billion) have the studio on an upward trajectory. Can February 7’s Birds of Prey carry the momentum forward?

Margot Robbie’s return as the DC Extended Universe’s Harley Quinn is tracking for a domestic opening of $50 million-plus, according to The Hollywood Reporter. By comparing the film, directed by Cathy Yan, to its superhero brethren, we can construct a loose box office prediction for the film.

Robbie leads a mostly female ensemble in the first superhero film of 2020, giving Birds of Prey a double-edged advantage. It also helps that the release schedule is relatively free of major competition for a month give or take Paramount’s Sonic the Hedgehog and Universal’s The Invisible Man. But Suicide Squad‘s mostly negative reception and audience unfamiliarity with this film’s supporting characters could cap its upside.

As a gonzo, R-rated action comedy, Birds of Prey has been compared to Fox’s Deadpool franchise. That two-film series has posted an average multiplier—or the multiple of the film’s final domestic gross to its debut numbers—of 2.6x while collecting around 45 percent of its total gross domestically and 55 percent from overseas ticket sales. If we apply those same numbers to Birds of Prey and its $50 million projected opening, we get a final tally of $130 million in North America and over/under $160 million internationally for a combined worldwide total of $290 million. WB is likely hoping for more from the film, which reportedly cost around $100 million to produce. Generally speaking, studios like to triple the production budgets of their tentpoles at the global box office.

As a female-fronted superhero blockbuster, Birds of Prey has also drawn comparisons to Wonder Woman and Captain Marvel. Both films proved their strength at the box office with domestic multipliers of 3.9x and 2.7x, respectively. But Wonder Woman posted nearly identical 50/50 splits in terms of domestic and overseas ticket sales while Captain Marvel earned a more traditional 35/65 split. If Birds of Prey resembles the former, it could be looking at around $400 million worldwide when all is said and done. If the film plays more like the latter, WB should expect a worldwide total around $385 million (2019’s Shazam! earned $365 million worldwide for DC Films). That’s a solid result overall.

Finally, let’s compare Birds of Prey to its predecessors, Suicide Squad and Joker. Despite terrible reviews, the former scored nearly $750 million worldwide on the back of a 2.4x multiplier and 44/56 splits. If we apply those numbers to DC’s upcoming tentpole, we’re left with $120 million domestic and $153 million internationally for a worldwide total around $272 million. That just feels too low, especially as Robbie comes off her second Oscar nomination this week.

Joker, meanwhile, earned a strong 3.4x multiplier and 31/69 splits (while banking upwards of $500 million in pure profit). If Birds of Prey posts similar numbers, it could leg its way to $170 million domestic and $378 million overseas for a healthy worldwide total of over/under $550 million. WB would definitely consider that a win.

It’s important to note that tracking projections are an inexact science, especially when it comes to superhero blockbusters. Joker was poised to make a splash, but no one expected it to become the first R-rated film to cross $1 billion in cinematic history. Conversely, Star Wars: The Rise of Skywalker was expected to out-earn The Last Jedi and is now poised to become the lowest earner among the Disney era saga films. You just never know when it comes to the box office. 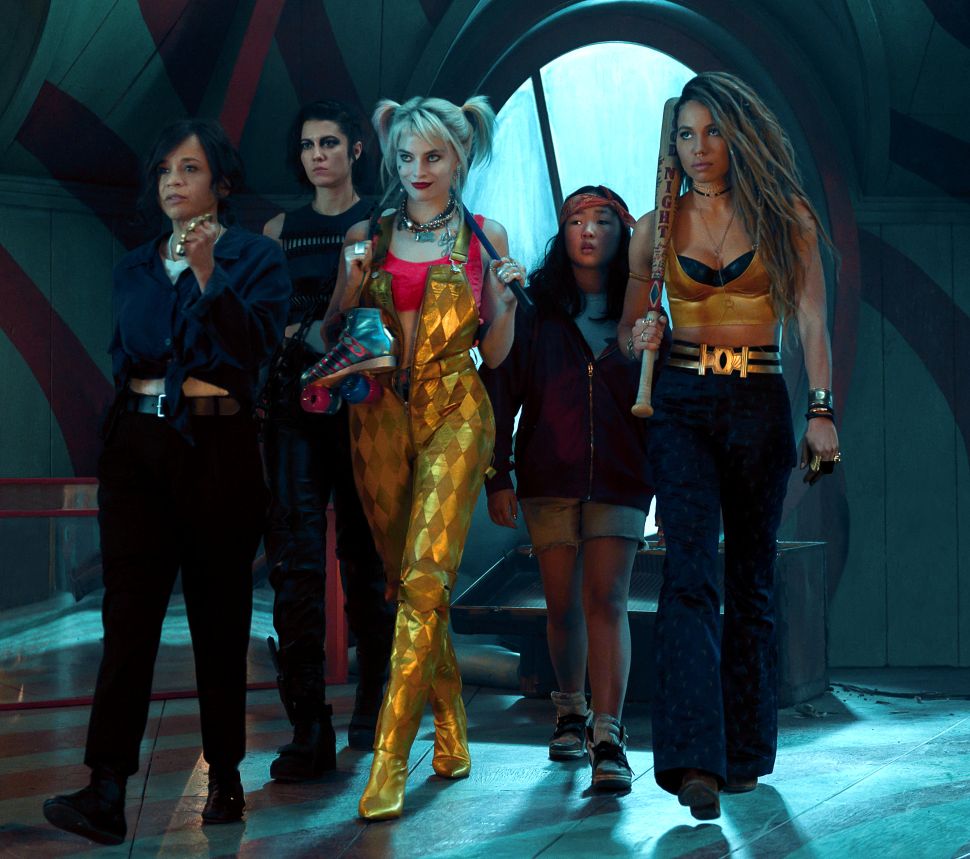