Despite boasting a top-10 worldwide hit at the box office in Hobbs & Shaw ($759 million), Universal endured a disappointing 2019 overall. The studio, which has long nipped at Disney’s heels without the assistance of superheroes, finished fourth in domestic market share last year, the first time it has fallen outside of the top three since 2016 (but if you include subsidiary Focus Features, Universal climbs to No. 3). Cats, which drew the fascinated ridicule of the internet, reportedly lost the studio $100 million and this weekend’s Dolittle, which stars Robert Downey Jr. and cost a whopping $185 million to produce, is expected to result in a similarly rough write down. That’s a sub-optimal way to kick off a new decade.

But Universal is arguably the most resilient and creative studio in all of Hollywood. Outside of the Fast & Furious and Jurassic World series, they aren’t flush with blockbuster franchises like Disney and Warner Bros. Instead, the studio relies on talent-friendly originality to conjure up box office magic and there’s reason to believe that a big rebound is coming in 2020. Looking at the release schedule, it appears that Universal possesses at least one high-upside film in each major quarter of the year.

SEE ALSO: NBCUniversal Finally Spilled All the Details on Peacock

Next month, Universal will release Elisabeth Moss’ The Invisible Man, a modern take on the classic H.G. Wells tale. In some ways, this version—which roots itself in psychological horror—is an opportunity for redemption following the studio’s failed Dark Universe, which was to be populated by classic monster-movie characters such as the Mummy, Frankenstein and Dracula. But it is when Universal tries to be Disney that it stumbles most often. In a clear pivot, the studio is now focused on filmmaker-driven standalone efforts for its classic movie monster IP rather than a cumbersome shared cinematic universe. The Invisible Man is a fresh, low risk-high reward gamble from the bang-for-your-buck Blumhouse Productions, a banner known for wringing out major profits from compelling low-budget horror.

In April, Universal will handle the international distribution for Daniel Craig’s final outing as James Bond in No Time to Die. The 25th 007 film is all but guaranteed to be a box office hit. Both Spectre ($680 million) and Skyfall ($804 million) cleaned up in overseas ticket sales so Universal should expect a decent chunk of change. Subsidiary DreamWorks Animation will also release Trolls World Tour after the first film earned nearly $350 million worldwide. Between that and Illumination, Universal has devoted serious resources to developing successful entertainment aimed at kids and families, one of the most reliable ticket-buying demographics in cinema.

One month later, Fast & Furious 9 speeds into theaters. Though Dwayne Johnson will not star in this latest installment, the film is still expected to threaten the $1 billion mark at the worldwide box office. In July, Minions: The Rise of Gru will hit; the family-friendly franchise, along with its Despicable Me counterpart, has been a consistent $1 billion box office generator. The spring and summer months should be fruitful for the studio.

Closing out the year will be Halloween Kills, the sequel to last year’s decades-in-the-making sequel that earned $160 million domestic against a $10 million budget (toldja, bang for your buck). Horror has quietly become Hollywood’s most consistently bankable genre and between Blumhouse Productions and a new five-year exclusive first-look deal with Jordan Peele, Universal has this lane covered. And don’t sleep on The Croods 2 during that enticing December holiday stretch after the 2013 original scored nearly $600 million worldwide.

Yes, that’s a lot of information to take in all at once. But the breadth of Universal’s cinematic silos extends to genres that hoard potential and the originality of its release slate is unmatched by the major studios swimming in familiar IP. Disney is still a strong bet to lead Hollywood in box office dollars this year. But there’s no denying that 2020 will be an experimental time for the Mouse House without an event level picture on the same footing as Avengers: Endgame and Star Wars: The Rise of Skywalker. Even if Universal doesn’t usurp the No. 1 spot, this should be an impressive rebound from 2019. 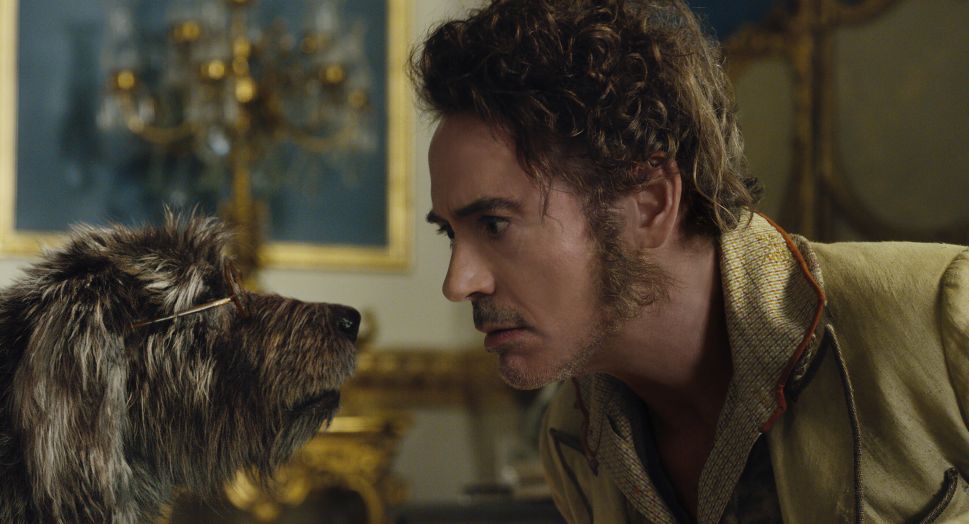