Britney Spears, America’s foremost princess of pop music, is many things: a nationally beloved icon, a chart-topping artist, a tabloid fixture and a person without complete control of her own finances due to the terms of her conservatorship agreement. She’s also a mesmerizing Instagram presence—in recent years, Spears has posted videos of herself painting contemplatively on a grand patio while piano music tinkles in the background. However, she is not trying to launch a side career in painting, despite the assumptions many had when a small gallery in Figeac, France called Galerie Sympa announced it would be presenting her “first solo show in a contemporary art gallery.” Spears’ publicist told the BBC there was “no truth to this” when asked to confirm that the singer was involved.

However, the work being used to promote the show (which they were calling “Sometimes you just gotta play!!!!!!” after one of Spears’ characteristically enigmatic Instagram captions) does appear to be created by Spears’ hand. She reportedly donated the work to a charity auction for the victims of the 2017 Las Vegas Shooting, according to the BBC.

We’re thrilled to announce that we will be opening @britneyspears first solo show in a contemporary art gallery on Saturday, the 18th of January 2020, from 6 to 9 pm #britneyspears #britneybitch 🤓😜💋💅🏻👩‍🎨🎨👯‍♀️👙👛👒👠🦄🦋🐠🌹💥💥#artsyfartsy #sometimesyoujustgottaplay

The stunt was a clear ploy by the gallery to get its name on the international scene. Perhaps they should have put more work into attempting to actually snag a celebrity artist, as it is a rising trend among small or distantly-located galleries trying to make a name for themselves. It might not have been that hard; many famous people have straddled these worlds: Silence of the Lambs star Anthony Hopkins has been painting for years and exhibits with Harte Gallery in Lahaina, Maui. Lena Dunham debuted her watercolors last year at Red Truck Gallery in New Orleans. Who knows if they tried to get Spears involved in an exhibition and resorted to pretense when it didn’t pan out, but one thing’s for sure: Britney Spears doesn’t need to pivot to painting to prove she’s a great artist. She’s already proved that with every single song she’s ever released, except for “If U Seek Amy,” which was kind of gimmicky. We rest our case. 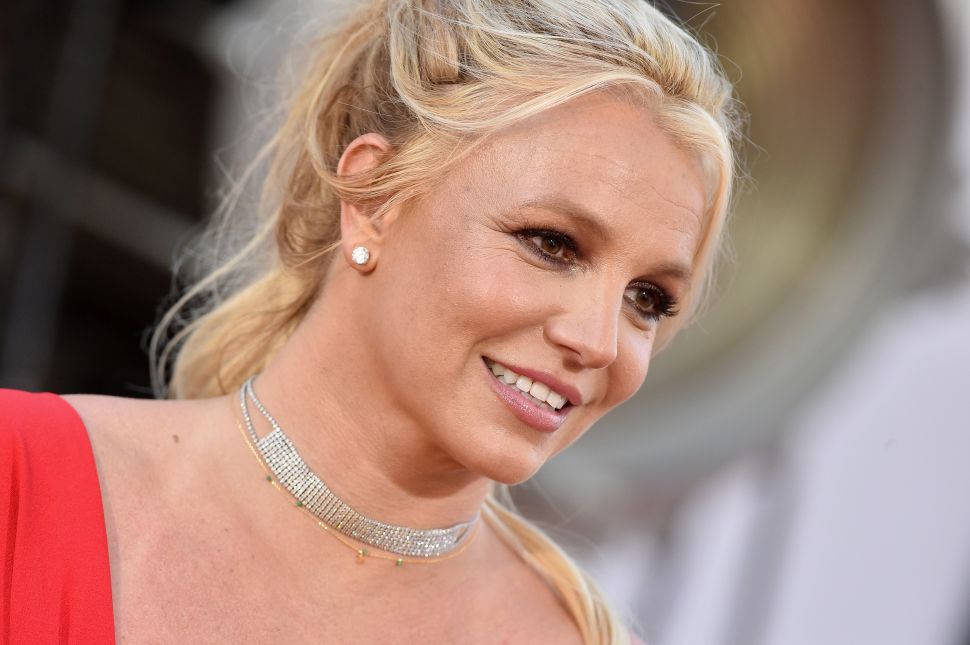