Glossophobia, the fear of speaking in public—and subjecting your personhood, thought processes and self-worth to the withering scrutiny of the marketplace of ideas—is a common-enough affliction to be “treatable” by both pharmaceutical interventions and a panoply of hack cures.

More effective than picturing your audience in a state of undress is cognitive-behavioral therapy, or anti-anxiety medication, or—since this is 2020—what about some CBD? A big fat dose of CBD ought to quell your qualms just fine, a new study out of Brazil suggests. However, there’s one large caveat: The findings are limited to patients with Parkinson’s disease—which means that the findings have value for both how that disease is treated and for understanding how CBD acts on the brain.

SEE ALSO: What Does Cannabis Really Do to Sperm?

As outlined in an article published in the Journal of Psychopharmacology, researchers at the Federal University of São Carlos and the University of São Paulo subjected 24 people to two separate “simulated public speaking tests,” 15 days apart. Twenty-two out of the 24 patients were men, and most were on other medications, most commonly levodopa.

Each time, half were given 300 milligrams of CBD, the other half a placebo. (The next time out, the placebo-receivers were administered CBD, and vice-versa.) Test subjects had their heart rates, blood pressure and tremor frequencies monitored.

And in patients who received the CBD, both anxiety as well as tremors—a common sign of Parkinson’s which can be exacerbated with stress—were reduced.

“These observations suggest that CBD may be an alternative treatment for patients with [Parkinson’s] and anxiety,” the researchers wrote. “Thus, the chronic administration of CBD could be tested in future studies.”

For some, the maleness of the study might be problematic, but the aforementioned caveat stems from the fact that the 24 research subjects in the study all suffered from Parkinson’s disease—a very serious but rare affliction that affects 3.3% of adults 64 and older. Why limit a research study in this way?

Anxiety and attendant tremors afflict 67% of Parkinson’s patients—and a main goal of this research study was to build off of prior research and discover whether CBD did anything to calm tremors as well as more “subjective” signs of anxiety.

That’s good. Also valuable, and more widely applicable, is understanding the role of the endocannabinoid system in both anxiety disorder as well as Parkinson’s.

As the researchers noted, the disease is most often treated by pharmaceutical drugs with side effects that include tremors, impaired cognition and increased risks of falls.

Finding an alternative treatment to pharmaceutical drugs with deleterious side effects would add value—as well as figuring out any link between decreased symptoms and endocannabinoid receptors. Other research suggests that CBD reduces inflammation in the brain and enhances neuroplasticity, thus aiding brain function (and, possibly, treating symptoms of Alzheimer’s). So did CBD calm tremors because it calmed anxiety, or did it do something else to the motor controls of the body?

The short answer is that we aren’t quite sure yet. The endocannabinoid system, recall, is the network of receptors in the brain and body that send and receive signals that, in turn, regulate key functions including mood, appetite, sleep and memory. Whether CBD would have any effect on motor signs triggered by anxiety was the “novelty” of the study, as the researchers wrote. And while there’s not enough data to posit anything definitive, researchers did suggest that the presence of CBD may reduce activity at one specific receptor, 5-HT1A , which in turn may dampen tremors.

Currently, it is “not possible to conclude whether CBD had a direct effect on the amplitude of the tremors or whether the reduction in anxiety levels led to the differences observed,” the researchers wrote.

However, the benefit from a drug with limited side effects for patients with Parkinson’s, and the initial signs that CBD may indeed trigger functions in the brain that reduce anxiety symptoms like tremors, would seem to more than justify the study—and future CBD research, more of which is absolutely coming. 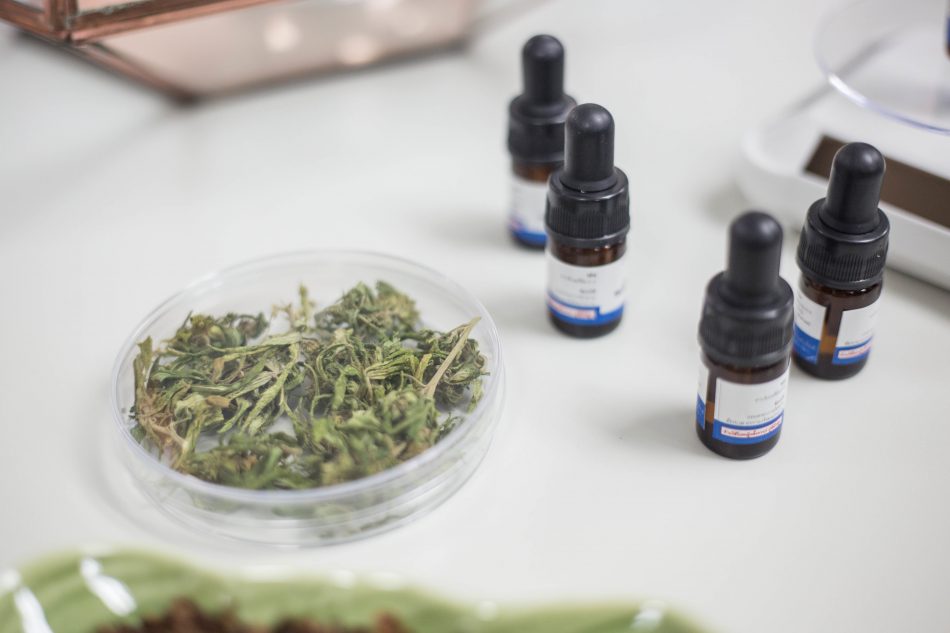