On the massive show floor of CES 2020 in Las Vegas earlier this month, the nondescript booth of French neurotech startup NextMind was, throughout the four-day event, packed with people who curiously waited in line to try on the company’s brain-sensing device—which was said to be able to literally extract your brainwaves, send them to a computer and turn your thoughts into external action without you moving a muscle.

When my turn came, a NextMind employee seated me in front of three white plastic cubes and a smart lightbulb beaming the color green, then strapped a round object with comb-like teeth against the back of my head. Each of the cubes in front me was set up to blink a different color (green, red and blue) controlled by an operator. I was told that, when a box lit up, my job was just to stare at it, until the lightbulb next to it changed to the same color.

I tried all three boxes, and the lightbulb “listened to” my thought within seconds each time.

Here’s is how it happened: the device placed on the back of my head extracted neural signals from my visual cortex, a brain part located at the back of the skull that processes what I see with my eyes. The device sent those signals to a computer, which then deciphered them using machine learning algorithms and translated them into lightbulb commands.

The brain-sensing system, properly known as a noninvasive brain-computer interface, is at its core an electroencephalogram, or EEG, a technology widely used in medical settings to record electrical activity in the brain. But unlike EEG machines used in hospitals, which often require special skin preparation, the NextMind device is more of a grab-and-go wearable anyone can throw in their backpack, thanks to a “special material” that’s highly sensitive to electrical signals, said NextMind founder Sid Kouider.

While EEG has been around for nearly a century, scientists were only recently able to decode brain signals into software commands using machine learning in as little as a few seconds. “We’ve got to a point where we are able to extract your attentional focus,” Kouider told Observer. The key is to form a “neural feedback loop,” he further explained, which basically means that you need to concentrate to make the system work.

Prior to founding NextMind two years ago, Kouider spent over 20 years in academia doing neuroscience research at prestigious universities in France and the U.S. In fact, the company is a spinoff from his lab at École Normale Supérieure, an elite research institution in Paris, where Kouider has led the brain and consciousness lab since 2008.

The technology NextMind demonstrated at CES is still at a nascent stage, but the potential is infinite. After the lightbulb demo, Kouider assured me that we’ll soon be able to control every home appliance with our brains from meters away.

But Kouider didn’t come to CES just to scare people like me. More importantly, it was to introduce the technology to developers (possibly investors, too) who are interested in wider applications. “NextMind offers the platform and hardware, and developers create their own use cases,” Kouider said. 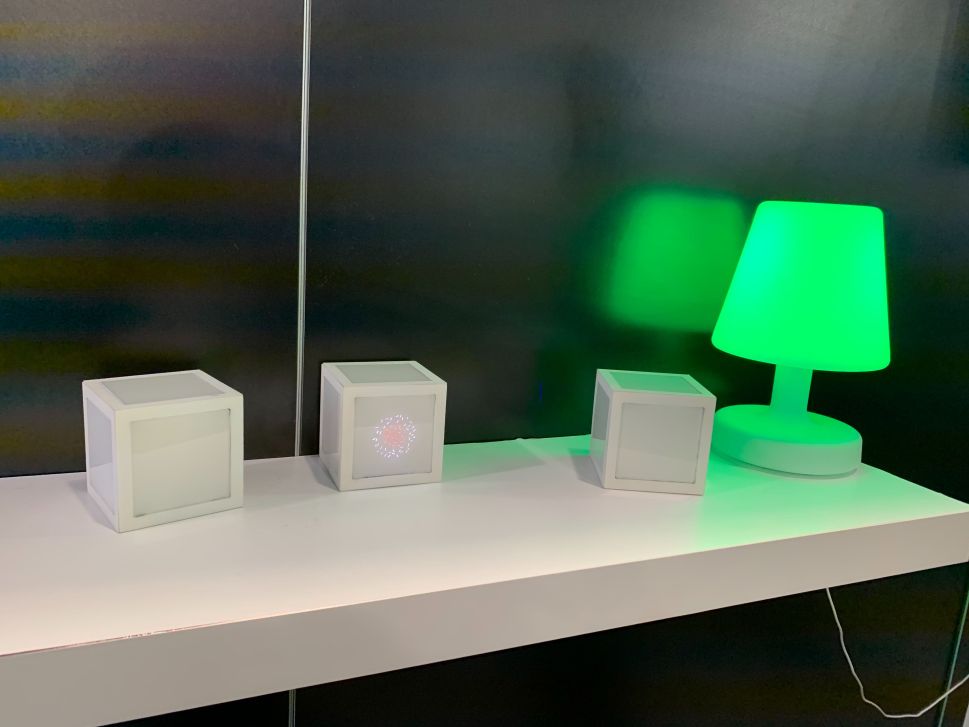