The incident led to immediate public outcry, which eventually forced the CTA to give back the award to Lora DiCarlo and allow the company on this year’s exhibition floor.

SEE ALSO: Has the TikTok Generation Actually Changed the Future of Television?

So, this week, Lora DiCarlo returns to CES 2020 in Las Vegas with two new offerings: Onda and Baci. Unlike Osé which promises to provide a full-on “blended orgasm,” Onda is designed to replicate the feel and motion of human fingers, and Baci specializes in replicating the feel of lips and tongue.

And again, both devices are named honorees of this year’s CES Innovation Awards.

According to the company, Onda and Baci incorporate eight pending microrobotics patents and are expected to be available in March.

Osé has proven to be a great success so far. Hitting the market less than a month ago, the device, retailing for $290, has recorded over $3 million in total revenue.

On Tuesday morning alone, more than 2,700 units were sold, a Lora DiCarlo employee told Observer at the exhibition. “Last year’s incident actually helped us attract a lot of interest and support,” she added.

This year, all sex toy makers are exhibiting under the health and wellness category.

“Our products are intended to help women and those within the LGBTQ+ community explore their anatomy and pleasure, and discover the relationship between sexual health and overall wellness,” Lora DiCarlo said in a press release this week. “Giving people ownership of their pleasure can lead to gender equity and empowerment far beyond the bedroom.” 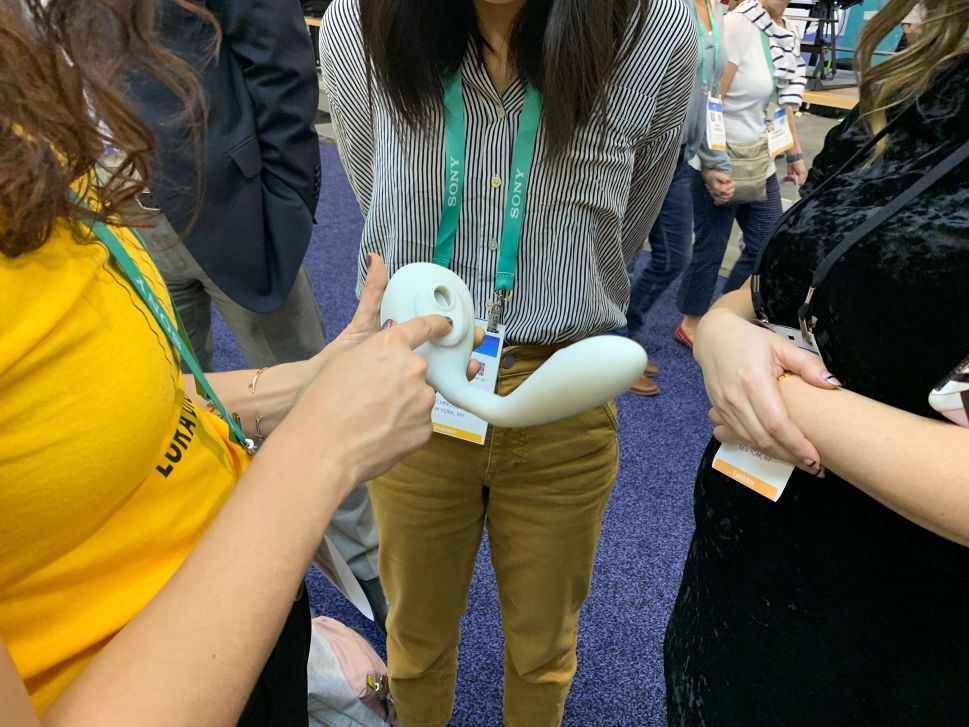