It took two years and a serious price cut, but Charlie Sheen has finally parted ways with his Beverly Hills home. The actor has been searching for a buyer for the five-bedroom, seven-bathroom Mulholland Estates mansion since February 2018, when he listed the property for a touch under $10 million.

Alas, the former Two and a Half Men star didn’t have much luck finding an interested party, and the 8,628-square-foot home has lingered on and off the market at steadily decreasing prices ever since. It was last offered for $7.5 million, which would have netted Sheen a rather minor profit from the $7.2 million he paid for the estate in 2006.

Unfortunately for Sheen, the Los Angeles home sold for just $6.6 million, so he’s taking a loss on this one.

A formal entry leads into the abode, with an imposing wood spiral staircase that leads to the upper floors. The kitchen is equipped with stainless steel appliances, dark wood cabinetry, marble countertops and a center island. There’s a circular room with a breakfast table as well as a formal dining room.

The great room features a stone mantled-fireplace and beamed ceilings, and there’s a secret room with a walk-in humidor behind a bookcase—very Hogwarts-esque.

The master suite has its own custom fireplace with a stone mantle, as well as a sitting area and a balcony. It also has access to another secret room that’s configured as a private movie theater with a mahogany wet bar, floating shelves and a Juliet balcony.

Outside, there are two swimming pools and spa, an outdoor shower and a barbecue pavilion with a flat screen and stainless steel kitchen appliances. There’s also a basketball hoop and a pitcher’s mound, per the Los Angeles Times.

It’s not clear where Sheen is going next, but he was once a very enthusiastic fan of this gated Mulholland Estates enclave—he’s owned three separate homes in the area over the years, one of which is currently occupied by Kendall Jenner. 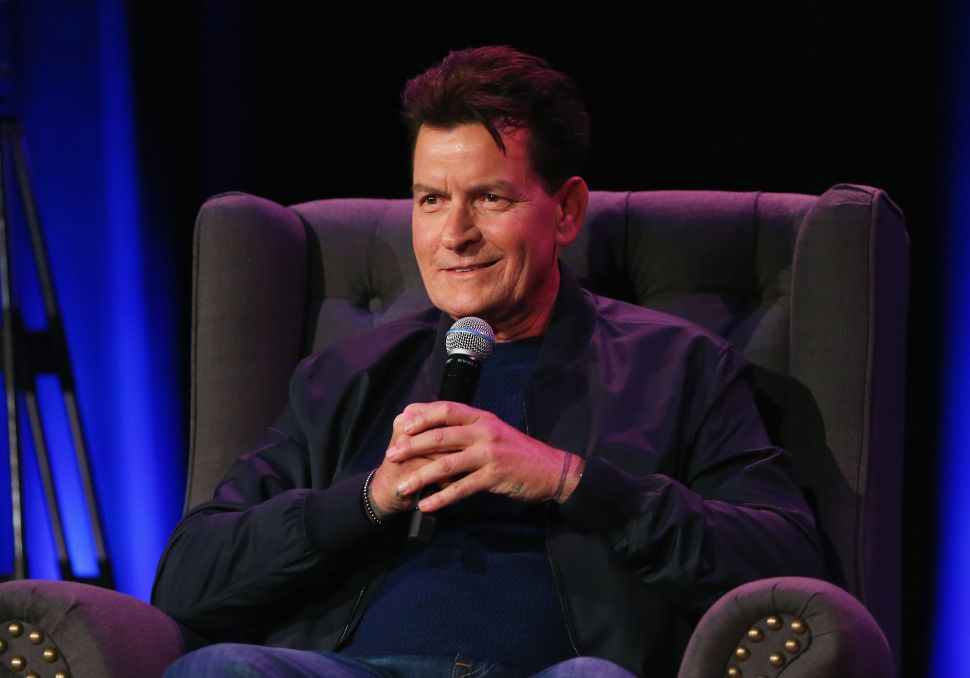