The United Nations has 17 ambitious goals for the next decade. By 2030, it hopes to end extreme poverty, support economic growth and act on environmental challenges, to name a few, as part of its Sustainable Development Goals (SDGs) project. Achieving this in 10 years will require some major outside-the-box thinking to spur transformative change. Charter cities are a tool that can help deliver on these goals by using new city projects in developing countries to improve governance, the key determinant of long-run economic outcomes.

A charter city is a new city development granted special jurisdiction with the freedom to make deep reforms aimed at improving economic competitiveness in a country. Charter cities are built and largely financed by an in-country city developer on greenfield land and are administered through a public-private partnership between the developer and the government. Developers recoup their billions invested through rising land values as the city’s economy grows, so their incentives are aligned with the long-term success of the city. This differs from Paul Romer’s original conception of a charter city, in which the city would be administered by a third-party “guarantor” country, which was criticized for resembling colonialism.

SEE ALSO: American Cities Can Be Smarter—Here’s Why They Need to Be

Implementing innovative policies on previously unoccupied land frees city leaders from the difficulty of introducing substantive reforms in existing cities, where special interests and bureaucracies generally stifle reforms that can deliver broad-based growth. Take business regulation, for starters. Compared to high-income countries, developing countries tend to rank poorly on indices, like the World Bank’s Doing Business Report, that measure the ease of doing business. When it takes several months and a large share of an individual’s income just to register a business, only those already well-off can easily thrive. Starting from a blank slate, a charter city can develop a new regulatory framework, which is attractive to both local entrepreneurs and major investors.

Limiting the cost and time required to register a business and simplifying the tax system, which charter cities have the freedom to do, can make the formal economy accessible to ordinary people. Charter cities also establish independent arbitration and dedicated commercial courts, which can bolster investor confidence in developing markets by easing fears about arbitrary expropriation of their investments, leading to more growth-creating ventures in areas like manufacturing. And depending on the terms of the public-private partnership, charter cities would also possess the authority over areas like energy, health, education and others. Reforms of this scale reach far beyond typical special economic zone reforms or what is possible in existing cities, like Lagos or Lusaka.

Let’s examine energy next. Building new cities at greater density and with transit in mind can greatly reduce emissions, while also making it easier to provide more reliable utilities to a greater number of people, as electricity and water systems in Africa, for example, routinely underperform. One Nigerian proposal, Enyimba Economic City, which won the Charter Cities Business Plan Contest, is already working on this. Enyimba plans to include dedicated and power stations that are capable of serving the city’s expected population of 1.5 million. Asia and Africa are urbanizing rapidly, and building new cities is one way to manage the influx of residents and their energy consumption in an environmentally conscious way.

Improved economic performance can also deliver substantial improvements in public health. Countries with the best health outcomes are those that can afford to spend far more per person on health care than other countries. While charter city host countries may continue facing difficulties financing health care, rapidly growing charter cities will possess ample resources to invest in health care and social programs, which can also serve communities beyond the city limits. Looking at Enyimba again, it plans to include a health care district to service the city’s expected 1.5 million residents and the broader region.

Like with health, wealthier countries also tend to see better educational outcomes compared to poorer countries. Economist Lant Pritchett has suggested that the best path forward for education in developing countries is to allow approaches to evolve locally, focusing on evidence-based methods to improving learning outcomes. Charter cities can easily adopt this approach to education, the results of which could influence education policy in surrounding areas. And new universities and trade schools established in charter cities can train the skilled workers needed to sustain economic development. Nkwashi, a Zambian new city development and potential charter city, plans to open a university to attract talented individuals to settle and invest there.

The goal of a charter city is not to create an isolated island of growth and opportunity within a country, but to push the host country and neighbors to adopt similar reforms on a broad scale that can usher in widespread and long-term prosperity based on demonstrated success and the need to remain competitive.

Charter cities won’t be able to help the UN meet every SDG over the next decade, but they can certainly facilitate economic development while also helping manage the environmental and quality of life challenges associated with rapid urbanization. Urbanization without growth will only hold the world back from achieving the SDGs in a timely fashion, and charter cities should be a part of the solution.

Jeffrey Mason is a research associate at the Charter Cities Institute and a Young Voices contributor. You can follow him on Twitter at @jeffjmason. 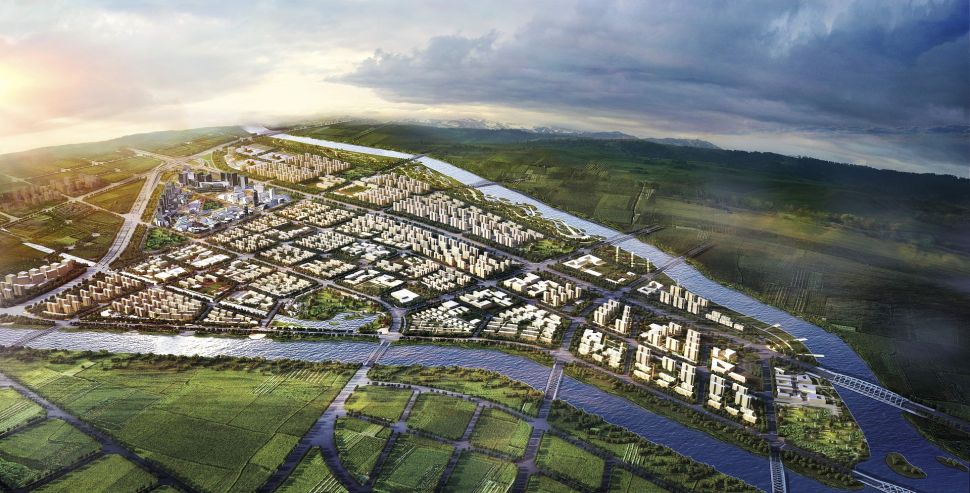