Last year, Chinese consumers spent more than 1,000 billion yuan ($144 billion) during the weeklong national holiday of the Chinese New Year. But this time around, the vast majority of that GDP-boosting consumption has been wiped out, as a sudden outbreak of a new type of coronavirus in the Chinese city of Wuhan caused a city lockdown and forced countless shops, restaurants and entertainment services to shut down across China.

But spreading faster than the deadly virus is the economic impact on global markets. On Monday, major indexes in the U.S. all recorded the largest one-day losses in months as the death toll surpassed 100 in China and more cases of the coronavirus have been found in other countries.

SEE ALSO: Apple Could Be the First $2 Trillion US Company Soon

If the situation continues to worsen, Wall Street analysts estimate, American companies with significant exposure to the China market could face serious damages in the near future.

For example, Estée Lauder and Nike, both generating 17% of their revenue from mainland China each year, can see a 3% and 5% decrease, respectively, in earnings per share next quarter, according to Credit Suisse.

Other ill-fated retailers include Coach and Kate Spade parent company Tapestry, which generates 15% of sales from China; PVH, parent company of Tommy Hilfiger and Calvin Klein; and PV Corp, parent of Timberland and The North Face.

Restaurant brands, such as Starbucks and McDonald’s, will also inevitably see impact of the coronavirus epidemic due to a sharp decline of patronage. China accounts for about 10% of Starbucks’ global revenue.

In many ways, the abrupt and widespread nature of the coronavirus crisis resembles the outbreak of SARS in south China in 2003, which killed 774 people and hospitalized more than 8,000 globally in six months.

“China is now a much bigger input to [revenues and earnings per share] for global brands. The rate of retail sales growth in China slowed by about half during the peak of SARS,” Credit Suisse analyst Michael Binetti told CNBC.

It’s encouraging to see that things are gradually coming under control and slowly improving. Reporting from Shanghai this week, I’m seeing that the situation—outside Wuhan, at least—isn’t as doomsday-like as social media suggest; the Starbucks and malls in city center are still open, although coffee shops were mostly empty on the first three days of the lunar new year holiday.

But as the weather cleared up after days of rain on Tuesday, people started coming out of the nest, fully armored in face masks and other sanitation gear, for a breath of fresh air and an overdue taste of normal life. 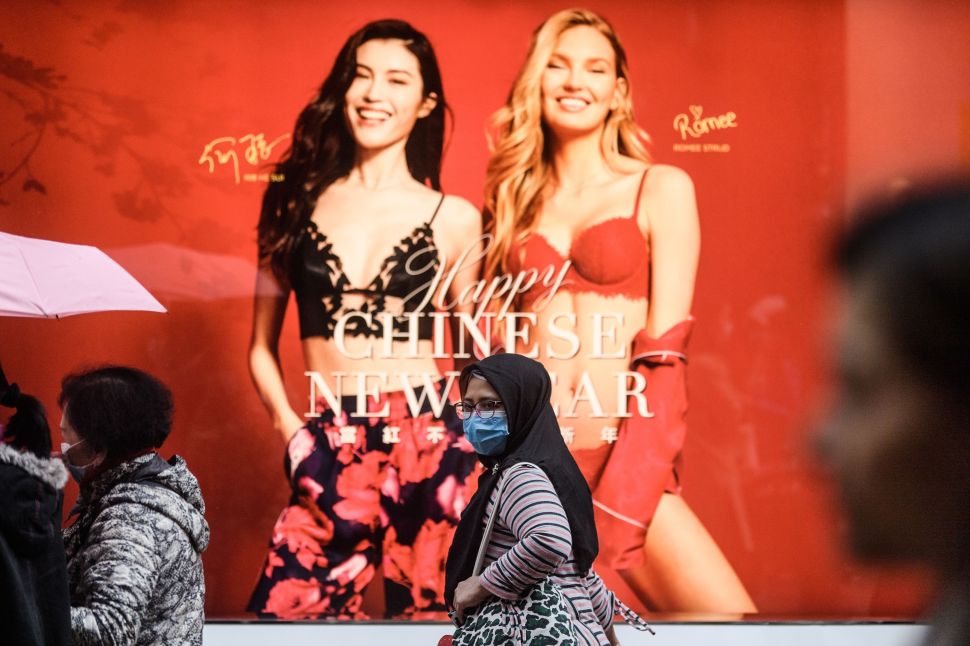