Ahead of Comcast and NBCUniversal’s Thursday afternoon investor meeting regarding the company’s forthcoming streaming service, Peacock, we highlighted five crucial questions that needed to be answered to assuage the doubts of analysts and investors. As the last major entrant to an increasingly crowded streaming field, NBCU’s platform is slated to start at a disadvantage compared to rivals such as Netflix, Amazon, Disney and Apple. To ensure a successful launch, the company needs to begin rebuilding confidence in the upcoming platform.

How to do that? Gideon Gilboa, Executive President of Product, Solution & Marketing, Media & Telecom at Kaltura, the open-sourced platform that powers video experiences for media companies and broadcasters like HBO, Turner, and Viacom, told Observer what to look for.

“The Streaming Wars are only just beginning—Peacock’s launch is another giant step in the ‘alignment of the troops’ toward the big battle,” Gilboa said. “Things are getting serious; streaming isn’t just a check the box strategy anymore. Streaming is the new TV, but only those players with enough scale, great content and the right platform will prevail.  Only a few can afford the investment to build their own platforms like NBC, the rest will have to latch on to an existing scalable platform.”

Now that it’s all out in the open, here’s everything we learned about Peacock.

How much will Peacock Cost?

Peacock will be a free premium ad-supported streaming service with subscription tiers offering more than 600 movies and 400 series, as well as live and on-demand content across news, sports, late night and reality. It will include exclusive originals, pre-existing legacy programming, blockbuster films and streaming channels. The streaming packages include:

Peacock Premium: Bundled at no additional cost to 24 million Comcast and Cox subscribers, this ad-supported option will additionally include full season Peacock originals and tent-pole series, next day access to current seasons of returning broadcast series, early access to late night talk shows, and additional sports—such as the Premier League—totaling more than 15,000 hours of content. Also available for $4.99 per month on all popular connected mobile and web devices for non-bundled customers.

Premium customers can upgrade to an ad-free experience for an additional $5.00 per month, or any customer can purchase the ad-free experience directly for $9.99 per month. Both Peacock Free and Peacock Premium will be limited to five minutes of advertisements per hour.

Based on data provided to Observer from Magid, a research-based consultancy, consumers on average are willing to subscribe to a maximum of four services and spend an average $42 on them. Conversely, Reach3 Insights, a chat-based research company, found that only 5 percent of consumers feel there are too many options in the market, with 75 percent reporting that there aren’t too many options in the marketplace. Reach3 also found that 40 percent of consumers will subscribe to 3 or more services, while 10 percent will have four or more services. Even with a generous outlook such as this, NBCU is about to enter a clash of titans that will decide the future of entertainment.

“The massive shift towards streaming is not only changing user consumption habits but also the entire TV value chain,” Gilboa said. “Hybrid business models are here to stay and this launch proves advertising and subscription are better together. And with the right data and user targeting both advertising revenues subscription upsell can grow.”

Will there be additional Peacock apps and partnerships?

The company expects to bundle Peacock Premium with additional partners in the coming months.

When will Peacock launch and how many subscribers is it targeting?

What shows and movies will make it onto Peacock?

Peacock will be the exclusive streaming home for the brands from Dick Wolf’s Wolf Entertainment, including the Law and Order and Chicago franchises. Peacock will also stream Paramount Network hit series Yellowstone, licensed from ViacomCBS. Two and a Half Men and The George Lopez Show from Warner Brothers were announced.

Peacock will have the exclusive streaming rights for the 2020 Universal film slate and beyond in the network window. Films will include major live-action franchises installments such as Fast & Furious 9 and Jurassic World 3. Due to a previous Pay 1 film licensing agreement with HBO that runs through 2022, however, it is unclear at this time if previous entries in these franchises will be made available on Peacock at launch.

In terms of cinematic back catalogs, the platform will house a range of films such as American Pie, Bridesmaids, Knocked Up, Meet the Parents, Meet the Fockers, A Beautiful Mind, Back to the Future, Brokeback Mountain, Casino, Dallas Buyers Club, Do the Right Thing, Erin Brockovich, E.T. The Extra Terrestrial, Field of Dreams, Jaws, Mamma Mia!, Shrek, and The Breakfast Club. Peacock will also feature films from the franchises: Bourne and Despicable Me, and Fast & Furious.

As for kid’s content, Peacock will have access to the first pay window for DreamWorks Animation films Trolls World Tour, The Boss Baby 2, and The Croods 2 and will also be the exclusive streaming home to new episodes of Curious George, one of the most beloved children’s titles in the history of animation.

As previously stated, NBCU will still hunt for strategic third-party licensing and acquisition opportunities when appropriate, including films from Lionsgate. It’s also important to note that certain NBCU titles are currently housed on Hulu, where the company remains a minority stakeholder. NBCU will be able to reclaim its Hulu content starting in late 2022.

Peacock has signed a multi-year partnership with Kevin Hart’s Laugh Out Loud network, which includes an equity investment in the company, a first look deal with LOL, and the distribution of LOL’s catalog on the service. As part of the agreement, Laugh Out Loud will produce a Kevin Hart stand-up comedy special and an original interview series called Hart to Heart, and a series of short-form content exclusively for Peacock.

Additional newly announced Peacock originals include Tina Fey-produced original series Girls5Eva about a one-hit-wonder girl group from the 90’s that reunites to give their pop star dreams one more shot; international series from NBCUniversal International Studios, including drama thriller The Capture, fresh off its rating success on the BBC in the UK, and comedy Lady Parts, launching on Channel 4 in the U.K., as well as three highly anticipated new comedies from Sky Studios: Intelligence starring David Schwimmer, Code 404, and Hitmen; a racing series from Dale Earnhardt Jr.; and a behind-the-scenes documentary series that follows USA Basketball superstars on their journey to Tokyo, produced in partnership with the NBA.

Noteworthy original series in development for Peacock include: Expecting, from Mindy Kaling, Division One, from Amy Poehler, Clean Slate, from Norman Lear and MacGruber, from Will Forte.

For the first time ever, fans will get exclusive early access to NBC’s acclaimed late night shows. Starting in July on Peacock Premium, NBC’s late night talk shows will be streaming on Peacock beginning at 8 p.m. ET with The Tonight Show Starring Jimmy Fallon, followed by Late Night with Seth Meyers at 9 p.m. ET.

Peacock will also be the exclusive streaming home to new episodes of Curious George, one of the most beloved children’s titles in the history of animation. New original series from DreamWorks Animation will also stream on Peacock, including TrollsTopia, Madagascar: A Little Wild, The Mighty Ones, Cleopatra in Space and Where’s Waldo?

“NBC’s latest initiative with Peacock creates overarching scale in a market that’s moving from traditional TV distribution to streaming, establishing a stronger foothold in both camps,” Gilboa said. “For traditional TV distribution that is a declining market, this means better leverage in negotiation with pay-TV providers and overall bigger share of cable fees. Will Peacock differentiate NBC from the rest? We know that this initiative will bring a content selection with enough diversification to attract young audiences who tend to use streaming more regularly.”

Will Peacock feature sports and news?

Peacock will launch alongside the Tokyo Olympics. The streamer will feature live coverage of the Opening and Closing Ceremonies before they air on NBC in primetime, and three daily Olympic shows including, Tokyo Live, with live coverage of one of the day’s most exciting events; Tokyo Daily Digest, with mid-day highlights of the Games; and Tokyo Tonight, a complement to the primetime show that will help audiences catch up on the day’s events.

Beginning in August 2020, soccer fans will be treated to 2,000 hours of Premier League coverage, including more than 140 matches that aren’t available on television, as well as clips and replays of the most exciting moments from the pitch. The Ryder Cup golf tournament will also be coming to the service in September 2020 with featured groups of Europe’s and America’s best pairings.

In a departure from standard streaming approaches, Peacock will house live breaking news coverage. NBC News NOW, the newly launched streaming network, will bring Peacock viewers NBC Nightly News with Lester Holt as well as original video from TODAY and across the NBC News portfolio. An original offering from Meet the Press with Chuck Todd will air on Peacock each weekday.

In addition, NBC News will create signature, original documentaries for Peacock that cover politics, biographies and history. Peacock will also be home to full episodes of true crime original Dateline. And America’s most-watched news brand will go global, with coverage of the biggest stories shaping the planet as NBC News unveils a brand new international news network in collaboration with Sky.

This is a developing story, updated as we get new information. 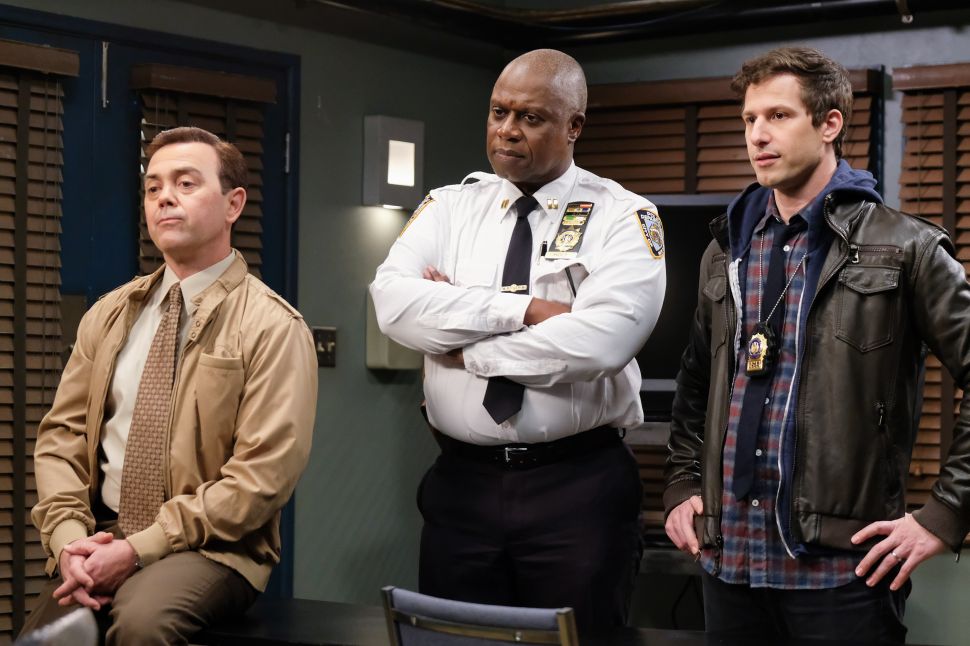