Daiga Grantina’s sculptures consume a room. Voluptuous and flowing, it’s obvious that they’re influenced by the natural world, and yet they offer a fresh perspective that can often seem otherworldly. Born in Riga in Latvia in 1985, the artist studied sculpture and painting at the Academy of Fine Arts in Vienna and at the University of Fine Arts Hamburg. Initially captivated by experimental film, her sculptural work plays with lighting to create an organic feel.

Now based in Paris, and with an impressive list of European institutions that have hosted her work, Grantina is about to open her first ever solo museum show in the U.S. “Daiga Grantina: What Eats Around Itself,” will run from January 21 to May 10 at the New Museum (on view in the Museum’s Lobby Gallery), and has been curated by Helga Christoffersen, the executive director of Art Hub Copenhagen and former curator at the New Museum.

SEE ALSO: At the Cutting Edge of Sculpture, Artists Test the Limits of Belief

The exhibition showcases what Grantina does best: large-scale sculptural assemblages that evoke the natural world. Here, she has been inspired by photographer Tim Wheeler’s images of lichen and the Bohemian-Austrian poet Rainer Maria Rilke’s comparison between roses and eyelids. “Like a rose, life unfolds with each blink,” the artist explains. Using cast silicone, paint, latex, fabric and felt. Grantina contrasts industrial and synthetic materials to create an installation that mimics the amorphous, leafy figure of lichen climbing the gallery walls. The plant-like being, which is comprised of a fungus living in symbiosis with an alga or cyanobacterium, is remarkable in the way that the two materials support each other—with the fungus both feeding off of and protecting the organism that has become its partner. In Grantina’s work, this give and take is experienced through forms that seem as if they’re both growing and decomposing at the same time.

When creating the exhibition, Grantina constructed a scaled-down model of the Lobby Gallery to mock up the work. Experimenting with materials, soft and hard, transparent and opaque, mobile and static, she drew inspiration from lichen’s many adaptive qualities (like coexistence and self-replication) to create a space that is fluid and intriguing. The amorphous structures are suspended from the ceiling and make their way down the gallery walls and floor, encompassing the entire room. Each piece on its own is complex, and yet together they fit effortlessly.

When asked if she’s always considered herself an artist, Grantina told Observer that she’s unsure that such decisions can be made in childhood, and that there’s a clear difference in being aware of art and experiencing making something that could be art. But in her work, she has found that new projects often find their genesis in the one that came before. “Like a bookmark,” the artist describes how she often uses the thought-process of her previous work as a jumping off point to approach something new. With this in mind, we can no doubt expect more beautifully strange organic matters in whatever follows her solo American-debut. 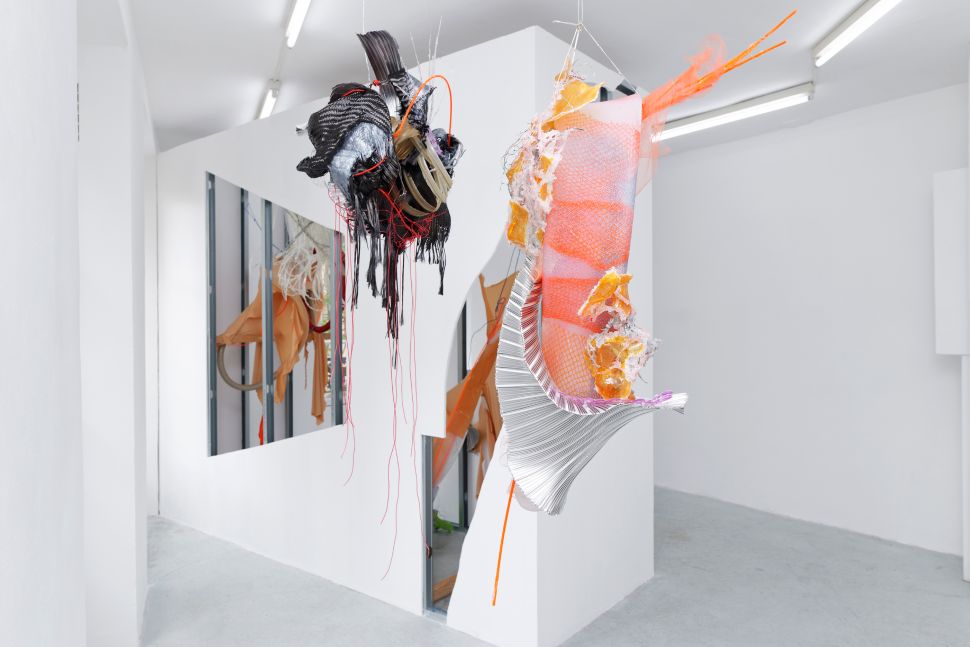