NBC sitcom Friends reigned supreme as one of television’s most-watched series during its 10-year run from 1994 to 2004 and as one of the most lucrative series in syndication history. In 2015, the sitcom received yet another posthumous boost of life when it began airing on Netflix, quickly becoming one of the streaming service’s most popular offerings. Friends was so instrumental in Netflix’s daily viewership that the company paid up to $100 million to keep the series for an additional year in 2019 before WarnerMedia, the production company behind the sitcom, paid a whopping $425 million to reclaim the series for its forthcoming streamer HBO Max. Quality is often subjective, especially in Hollywood, but this is a rare example of show’s worth routinely landing in the nine-figure range.

But despite the massive cultural footprint Friends continues to leave on the entertainment industry, the series has drawn criticism in recent years from modern audiences for its seemingly outdated treatment of social issues concerning LGBTQ identity, body shaming and diversity. Star David Schwimmer, who played the slapstick paleontologist Ross Geller, acknowledges these flaws while also arguing that Friends empathized with non-represented groups in ways that were uncommon for sitcoms of the day.

“The truth is also that show was groundbreaking in its time for the way in which it handled so casually sex, protected sex, gay marriage and relationships,” he recently told The Guardian. “The pilot of the show was my character’s wife left him for a woman and there was a gay wedding, of my ex and her wife, that I attended.

“I feel that a lot of the problem today in so many areas is that so little is taken in context. You have to look at it from the point of view of what the show was trying to do at the time. I’m the first person to say that maybe something was inappropriate or insensitive, but I feel like my barometer was pretty good at that time. I was already really attuned to social issues and issues of equality.”

While speculation regarding a potential Friends revival has run rampant ever since the series finale—speculation WarnerMedia executive Bob Greenblatt continues to stoke—Schwimmer believes a better alternative is to embrace inclusiveness after the original starred an all-white cast. (For what it’s worth, the original cast still earns an estimated $20 million per year from the show).

“Maybe there should be an all-black Friends or an all-Asian Friends,” Schwimmer says. “But I was well aware of the lack of diversity and I campaigned for years to have Ross date women of color. One of the first girlfriends I had on the show was an Asian American woman, and later I dated African American women. That was a very conscious push on my part.”

Friends will once again be available to stream once HBO Max launches domestically in May. 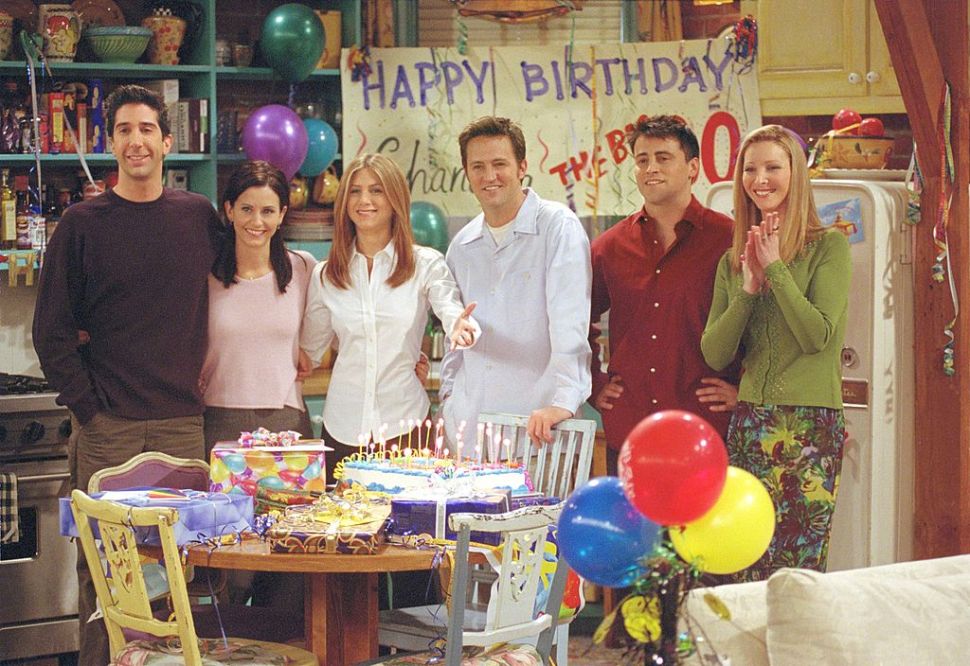