There’s a moment of inspired lunacy near the beginning of Dolittle, the family-friendly Robert Downey Jr. movie that hits theaters this week, nearly two years after it commenced production.

Downey’s Dr. Dolittle, a bearded shut-in since becoming a widower years earlier, is playing chess where mice are the pieces and communicating with his opponent, a gorilla, through a series of grunts. It’s a terrifically odd bit of nonsense and for a moment you think that maybe the troubled production might have stumbled on to something strange and wonderful.

But before the scene is over, Downey and the creatures around him start talking, and with every word uttered, the magic leaks out of the movie like gas from a constipated dragon. (Yes, that is actually something that happens in this film.)

Words are generally a problem for Dolittle—a fatal flaw when your picture is about talking animals. While the words are abundant, most are either perfunctory exposition or anachronistic jokes that fall flatter than the state of Nebraska. (An example: a duck voiced by Octavia Spencer clears a room by announcing, “Do you understand the words that are coming out of my bill!”) The various one-liners, many reportedly added in reshoots after the initial cut of the film tested poorly, have a catch-as-catch-can quality; like the film itself, they lack any sort of cohesiveness.

Also an issue? The voices that say the words.

The animals are voiced by some terrific actors. Rami Malek does the gorilla, Kumail Nanjiani is a fussbudget of an ostrich and The Office‘s Craig Robinson lends his tenor to a squirrel with a chip on its shoulder. But the filmmakers seem to confuse casting with writing: they don’t provide any of these characters with more than a single trait.

Then there is the distracting matter of Downey’s accent. You never get comfortable with the actor’s whispery Welsh accent; he sounds like Tom Jones visiting a friend’s tiny apartment while an infant sleeps in the next room. Sadly, this is not an instance where an affected voice becomes a gateway to a strange and interesting character, in the manner of Nicolas Cage in Peggy Sue Got Married. Even given his tragic backstory, Downey’s doctor evinces little inner life, nor do his relationships with his CGI costars possess much depth. He is truly a man on an island.

If you are somehow able to push beyond its lackluster verbosity and the under-steeped characters—both the human and animal—the film does showcase some compelling visuals. It was shot with a vibrant sense of color by Guillermo Navarro, Guillermo Del Toro’s Oscar-winning DP on Pan’s Labyrinth. And he has much to work with: the tapestry-like costumes created by Jenny Beavan and the various Rube Goldberg–like contraptions constructed by production designer Dominic Watkins. Danny Elfman’s orchestrated score works overtime throughout the proceedings, serving as an effectively bouncy counterweight to the leaden dialogue.

But even these handsome production elements end up working against the film, reminding you, like a price tag still attached to a Christmas present, of how expensive the thing was. (Dolittle‘s budget reportedly hovered around $175 million, which has to be a record for a movie released in January.)

The story, a far-flung Victorian adventure, should float by on the wings of silliness and delight—just like that gorilla chess scene does. Instead, flooded by a torrent of ill-considered words unconvincingly spoken, Dolittle ends up waterlogged by the weight of its creation. 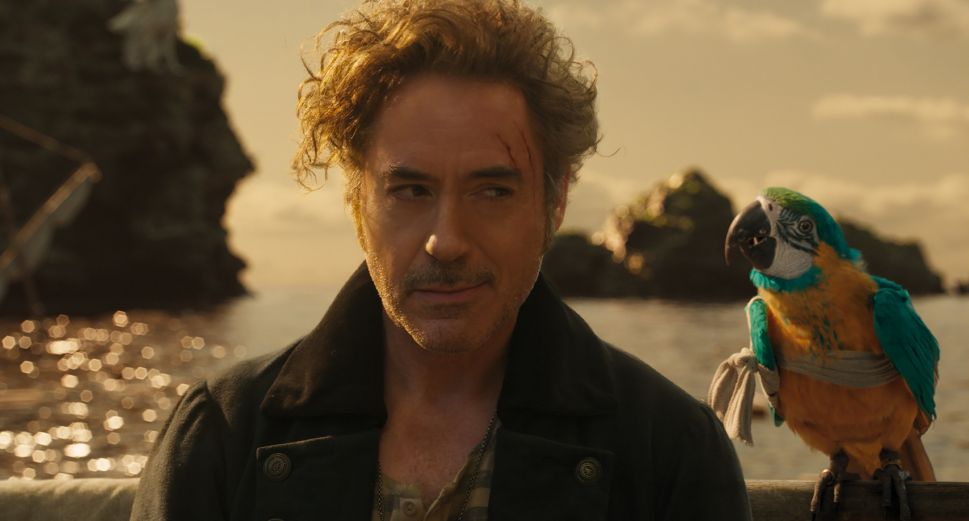