Since late November, citizens in three states in the Great Plains have been repeatedly visited by unidentified and unaccounted for drones.

First spotted in eastern Colorado, at least 90 incidents of machines flying around at night—sometimes “large” drones, flying in formation, making orderly “grid patterns”—have been reported to authorities since November 23.

SEE ALSO: Here’s Why the FAA Needs to Grapple With the Future of Travel

In some instances, the drones were estimated to be at least six feet long and were flying in groups of “six to 10,” The Denver Post reported on January 6. The machines seem to have first appeared in Phillips County, 1.7 miles of plains expanse inhabited by 4,500 souls.

After that, sightings—and alarm—spilled over to other areas “stretching from Nebraska to Colorado Springs” and into Wyoming, and attracted attention from the FBI, Air Force, Army and Federal Aviation Administration (FAA).

People insist they have spotted fleets of large drones crisscrossing rural America's night sky, their mission mysterious, raising questions that have veered into conspiracy theories and launching an investigation. https://t.co/GMfhacwij2

After spending a few freezing nights in early January staring at the sky, law enforcement in at least two counties have confirmed the sightings—making the drone situation “real” enough to trigger a litany of denials and to motivate state and federal authorities to start monitoring the situation. Surveillance aircraft were deployed. More eyes were glued to the sky—and still, nothing, or at least no answers, as citizens continued to report strange aircraft hovering over their homes and vehicles, sometimes speeding away after taxpayers gave chase in their vehicles.

This part of the country is rife with military installations (including nuclear missile silos and the NORAD “command bunker”), as well as private defense and aerospace companies—all of which have denied responsibility for the drones, as the Post reported.

Since drones fly in the sky, the mystery reached the attention of the FAA. A spokesman for the agency told The Denver Post that it, too, is clueless as to who owns or controls the drones and what they might be up to.

Last week, the Colorado State Department of Public Safety announced that it was calling off any organized efforts to identify the drones—but not before leaving us with an official UFO sighting.

After investigating 23 reports between January 6 and January 13, in four instances, “law enforcement confirmed that they saw something but couldn’t tell what, exactly, was flying overhead,” as The Denver Post reported. In other words: the drone sightings were real, and not a symptom of mass hysteria or confirmation bias (or not entirely, at least).

Though sightings appear to have cooled off somewhat, the mystery remains—and has already run the full social media cycle.

Colorado: "Suspicious drone activity in the state.”⠀
⠀
Us: Sorry folks, just perfecting our Juicy Freak delivery technology so you can focus on #livingyourbestlife. pic.twitter.com/XN1b8f6NrX

As well as #branding opportunities, what we’re left with is this: members of the public filming the sky, speculating which branch of the military, private aerospace corporation, mischievous hobbyist or whatever other source is behind the strange sights in the sky—and drone wonks wondering whether it might be time for agencies like the FAA to start regulating and tracking the increasingly sophisticated machines capable of orderly flight at night and unnerving a wide swath of people, sparking conspiracy theories—is it a military aircraft? Is it related to the “tic-tac” UFO sightings reported by Navy pilots flying from the USS Nimitz?—as well as cynical brand tweets.

I live in Colorado and this flew over my neighborhood recently… I've seen several w/different size/speed. I spend enough time looking through my 10 inch dobsonian or night vision to know the diff between a star, plane, and a drone and can say something odd has been happening pic.twitter.com/5V2vIQ0zDw

The drone phenomenon is at least partially a psychological exercise. Drones are all around us—in the discourse and in the zeitgeist, if not literally physically present. A drone killed Qasem Soleimani. A weed company can make news simply by announcing it’s going to deliver dime bags via flying robot. If there’s something in the sky you can’t explain, it’s probably a drone—why not, anyone can buy one now—and in an era of mass surveillance and mistrust of technology’s applications, it’s not unreasonable to assume, or at least question, whether mystery robots may be used for sinister purposes.

So what if drones had to be registered with the FAA—or at least drones bigger than hobbyists’ toys? That might do something, but if the drones are military or government, there’s no guarantee that national security concerns wouldn’t cancel out a public need to know. So the mystery might still exist, even if there were a robot registry—because, in some analyses, it’s not a mystery at all, but a withheld secret.

We can kill Soleimani with drones but can’t figure out what’s flying/who’s flying (drones) over Colorado? 🤔 https://t.co/8yoJE8baEz 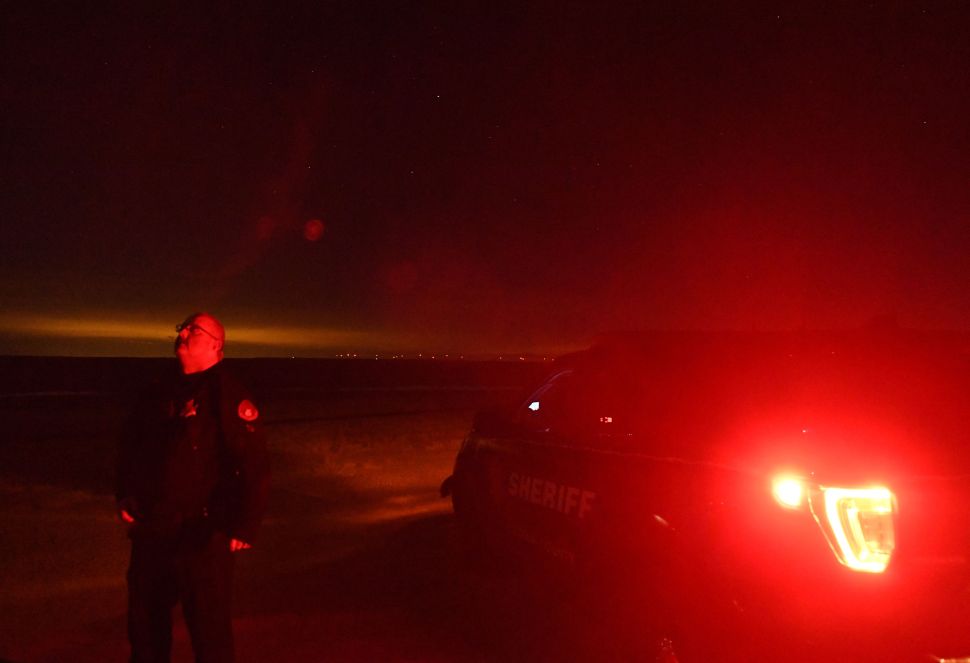