Could this be natural selection in action?

Guess what? A research article published this week in the Journal of the American Medical Association Surgery concluded that e-scooter injuries among U.S. millennials has tripled in one year. Yes, there were three times as many electric scooter mishaps than in the previous year.

Hurrah for the “micro-mobility revolution.”

Guess where the researchers hail from? San Francisco. And what’s going on in San Francisco with their e-scooter situation? It’s kind of an e-scooter shitshow. In 2018, e-scooters popped up en masse, like a biblical plague, almost overnight, on the streets of San Francisco. The reckless tech rollout resulted in cluttering doorways, knocking into people on sidewalks, and homeless people setting fire to the transport devices. Because of these dumb scooters, the city passed a law, demanding that these devices have a permit; thus, preventing a future reckless tech rollout. But that still doesn’t prevent clueless tourists from smashing into a wall while talking on their cell phone and riding an e-scooter on the sidewalk.

Smash-cut to present day: Researchers from the University of California San Francisco and San Francisco General Hospital have charted the results of this expansion in e-scooter transport, and it doesn’t look good for users’ safety techniques. Let’s just say, the love affair with e-scooters has come (get ready for a pun) crashing down. The researchers utilized the U.S. National Electronic Injury Surveillance System. Between 2014 and 2018, the database reported that more than 39,000 e-scooter injuries occurred.  That’s a 222% injury increase during that time frame.

Also, millennials had a ninefold increase during the 2014-2018 period—more than any other age group—jumping from 582 to 5,309 injuries.

So what’s the usual mix of e-scooter injuries?

One quarter of e-scooter injuries involve a broken bone, and one-third of injuries were to the head, doubling the rate for that of bicyclists injuries. To break it down further, the most common injuries were fractures (27%), contusions and abrasions (23%), and lacerations (14%).

According to The San Jose Mercury:

Thus, the San Francisco researchers came to the astute conclusion that riders of e-scooters should wear more helmets and called for “improved rider safety measures and regulation.” Especially, I imagine, for those high-risk, e-scooter-injury-prone millennials. A 2019 study found that less than 5% of e-scooter riders wear helmets.

“I was just struck by how pervasive they [e-scooters] were,” Dr. Benjamin Breyer, one of the research authors, told The Guardian. “And seeing some people ride at very high speeds in and out of traffic and on sidewalks.”

Previous studies have shown that helmet usage among scooter users is low.

Let Breyer’s shrewd words lend warning to your next e-scooter ride: “Of all the injuries you can experience, head injuries are incredibly important, because if they’re severe, they can lead to long-term disability.” 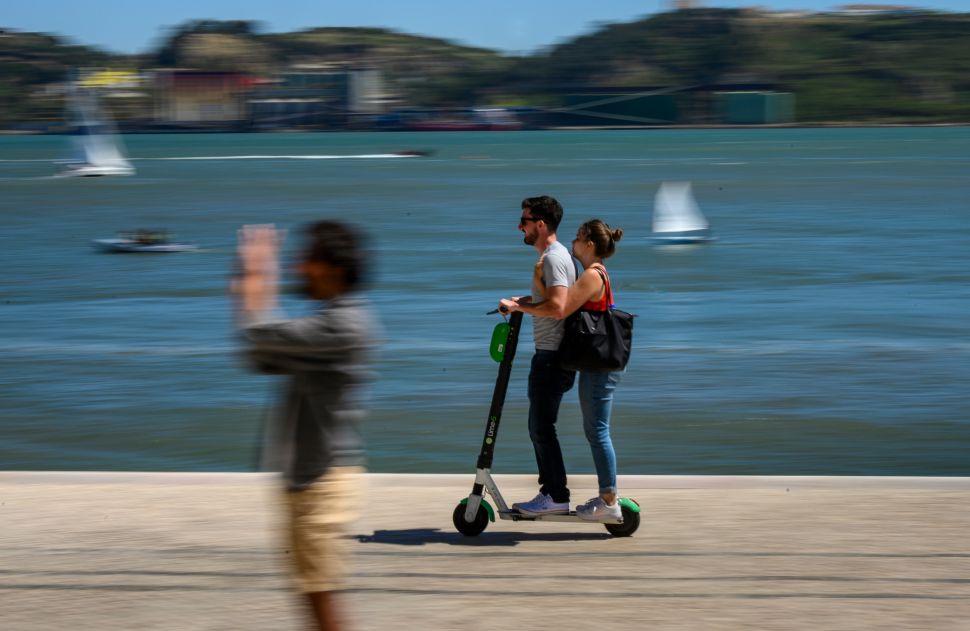