After a series of back-and-forth attacks with Iran, President Donald Trump has sought to change the game, replacing drone strikes with economic sanctions. These allow a leader to look tough without appearing to escalate to war. But do they get results for leaders who use them?

SEE ALSO: Accident or Attack, Iran 737 Crash Is Not What Boeing Needs

The sanctions in Iran—in response to that country’s attacks on U.S. bases in Iraq, following the killing of Major General Qasem Soleimani—targeted providers of supplies and technology to those supporting Iran’s nuclear missile program and backing the Iranian Revolutionary Guard, as noted by CBS.

Could Sanctions have Stopped World Wars I and II?

Audiences are flocking to see the epic World War I film 1917, a surprise Golden Globe winner, which was just nominated for Best Picture at this year’s Academy Awards. But it might not have happened if leaders used economic sanctions instead of military actions, according to Lord Curzon, who severed in the war cabinet of British Prime Minister David Lloyd George, according to Gary Clyde Hufbauer, Jeffrey J. Schott and Kimberly Ann Elliott in the book Economic Sanctions Reconsidered: History and Current Policy.

Critics of economic sanctions often point to the years before World War II, when the League of Nations slapped Benito Mussolini’s regime with sanctions to convince it to terminate attacks on Ethiopia, often labeled “the Abyssinia Crisis.”

But what these naysayers don’t seem to realize is that the sanctions did damage the Italian economy, weakening the country’s ability to wage further war on anyone else. The sanctions received a bad reputation because they didn’t stop Italian attacks on Ethiopia—and that’s because of two reasons.

First, not all countries were in the League of Nations and could therefore legally trade with Italy without violating the economic ban. Second, the countries followed the letter of the law but not the spirit of the law. Instead of abstaining from trade, countries like Britain and France could have saved Ethiopia by shutting down Italian access to the Suez Canal. Instead of being able to slip through Egypt to sail down the Red Sea to Ethiopia and the Italian colony of Somalia, Mussolini would have been forced to sail around the entire African continent, dooming the invasion.

Those who dislike sanctions also point to America’s decision stick Japan with oil sanctions over the country’s brutal occupation of China, which triggered the aerial attack on Pearl Harbor on December 7, 1941. That argument ignores the fact that Japan’s plans to dominate the Pacific couldn’t coexist with Americans in the Philippines, Hawaii, Guam or elsewhere. The two sides would have come to blows—sanctions or not. And the sanctions meant Japan had a lot less oil when it fired first.

Cold War Cases and Beyond

Sanctions were used by the United States and its allies against the Dominican Republic dictatorship of Rafael Trujillo and against Fidel Castro in Cuba. Economic sanctions received a lot of attention during the Persian Gulf War with many countries in the world imposing them on Saddam Hussein’s regime in Iraq. Arms embargoes were used in the former Yugoslavia and against adversaries in the Middle East.

Most conflicts between Western powers and their foes, in fact, have involved economic sanctions. Given that, in most cases, these conflicts have involved America’s military to finish the work of pressure, it doesn’t seem that sanctions could do the job alone. So why should a country bother using them?

First of all, economic sanctions tend to deteriorate an opponent. Drying up trade to Iraq may not have convinced Hussein to leave Kuwait during the Persian Gulf War, but it weakened the oil rich country. Perhaps the lesson is that a country using sanctions should be prepared to use force to back up the trade restrictions.

Second, as Navin A. Bapat and T. Clifton Morgan discovered in their test of economic sanctions data, multilateral sanctions work better than unilateral cases. That’s because the more countries that get together to provide punishment, the fewer options the target has to go to someone else to do business, as opposed to a “go it alone” policy. The U.S. had been putting sanctions on Iran for years, but only when working with the Europeans did the coalition bring Iran to the bargaining table.

Third, Bapat and Morgan also found that sanctions are more effective when they cover a single issue, instead of a laundry list of complaints. That allows for a better chance at negotiations and enables the target to work out a deal to change its behavior that has led the “sanctioner” to cut off economic activity.  There may be a host of problems with North Korea—ranging from developing a nuclear weapon and hackers to autocratic behavior and sending submarines to probe South Korea—but targeted, focused sanctions on North Korean computer infiltrations might be a good start.

The United Nations’ efforts in the Persian Gulf War made anti-Iraqi sanctions more feasible, giving legal cover to isolate Iraq. Similarly, the UN served as the place for African countries to rally the world to eventually sanction South Africa over its racist apartheid policy, eventually providing the vote to the black community.

In order to bring Iran back to the bargaining table, it seems that it’s best to focus the economic punishment on the country’s nuclear program, as opposed to a myriad of thorny issues. Other countries, even international organizations like the UN, need to be brought in to keep Iran from doing business elsewhere. Sure that means compromise, but if the objective is to avoid an all-out military war, diplomacy is therefore part of the game.

Iran isn’t the only country the United States is utilizing sanctions against, either. The U.S. has adopted economic pressure against Venezuela, Cuba (for helping Venezuela) and some sanctions are still in force against North Korea and Russia. Learning these lessons about what works will help America use a policy that enables a tough international action short of military conflict. 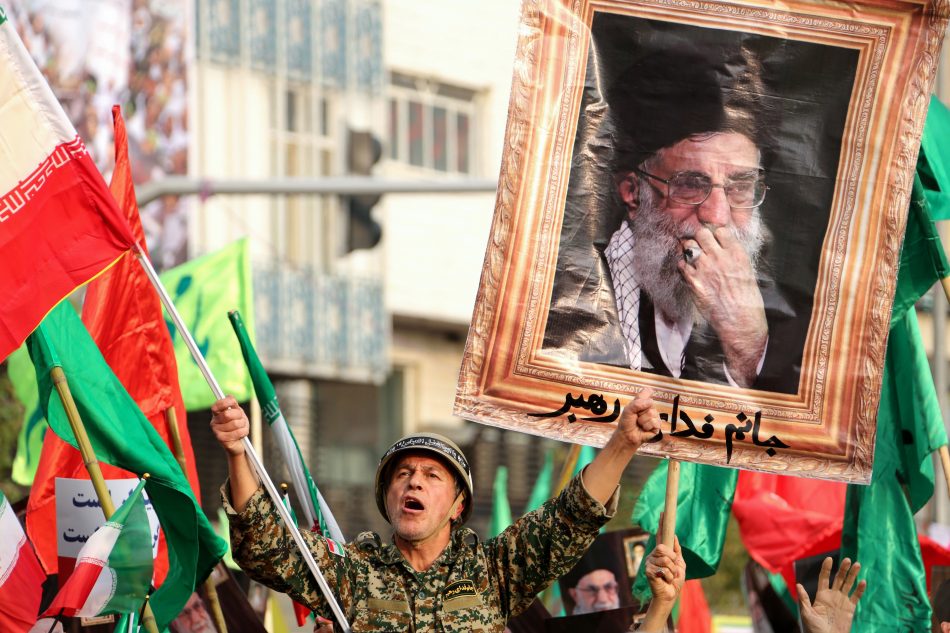