On Saturday morning, the actress Ellen Barkin tweeted out a personal story from her past that instantly caught the attention of her 203,000 followers. “I was a 22 [year] old waitress working a party for painter Carl Andre,” Barkin wrote. “Andre got angry over his service. Shoving me against a wall, his hands around my neck pulling me up [until] my feet left the floor. 3 men got him off me.” Barkin followed up this revelation by referencing the death of Andre’s late former wife, the Cuban-American multidisciplinary artist Ana Mendieta. “Years later Andre’s wife died ‘falling’ out of a window…” Barkin continued. “There were signs of a violent fight, a woman screaming No! No! No! Andre was charged with second degree murder. He was acquitted of all charges. #BelieveWomen,” she concluded.

In the years since the 2016 election, Barkin, who’s recently appeared in Ocean’s Thirteen and the TNT series Animal Kingdom, has become an extremely vocal Twitter critic of Trump, often drawing the ire of far-right publications like Breitbart News as a result.

SEE ALSO: Artists Call on MoMA to Cut Board Members Who ‘Profit From ‘Suffering’

Andre, a critically acclaimed minimalist artist who still lives and works in New York, has not responded to Barkin’s allegation, but the actress’s accusations paint a picture of a violent and volatile person in possession of tremendous physical strength. And Mendieta’s sudden death in 1985 has indeed haunted the art world ever since. It has been widely reported that Andre and Mendieta had a volatile marriage and that they fought often, but on the morning of September 8 of that year, a doorman reportedly overheard a woman screaming “No, no, no, no” before Mendieta plummeted from the window of the 34th floor apartment she shared with Andre. When questioned by the police later on that same day, Andre was found with scratches on his face and arms, but nonetheless he was later acquitted of Mendieta’s murder. Decades later, Andre told the New Yorker in 2011 that he had been asleep in bed when he heard Mendieta’s cries. “What Ana did was to get up and start closing the windows, because cold air was blowing in,” he said. “Ana had to climb up—she was, you know, barely five feet. To close those windows you had to do it from the middle, so they wouldn’t jam. And in trying to close those windows she just lost her balance.”

Last weekend, Barkin followed up her tweets about Andre’s alleged attack by engaging with others who mentioned Andre and Mendieta. Adding the hashtag “#AnaMendieta,” Barkin retweeted the following: “May this POS and his work fall into eternal obscurity. Let’s celebrate Ana Mendieta for the brilliant artist she was.” 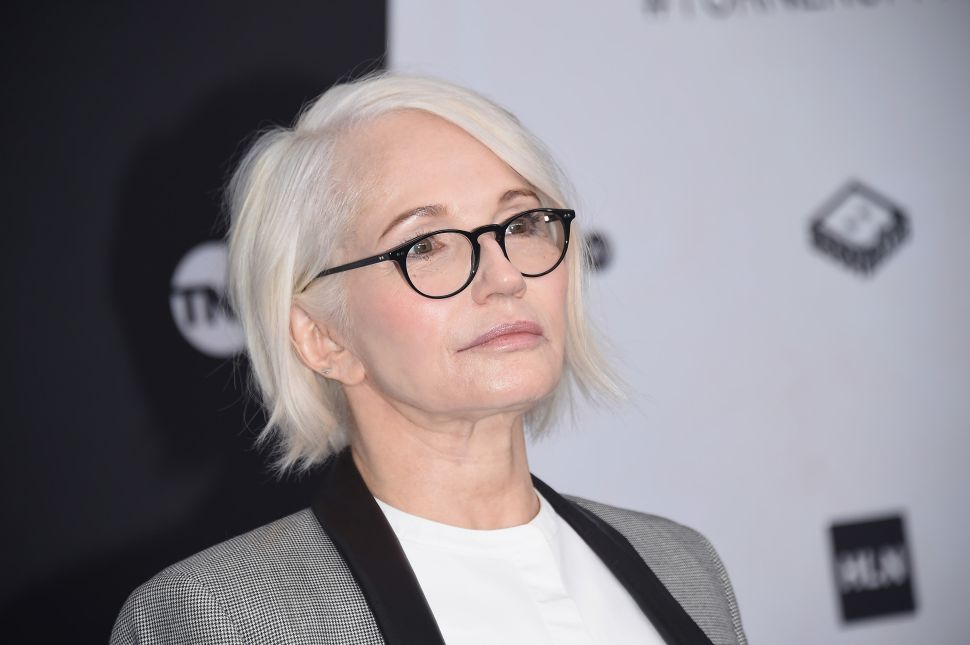