That question (paraphrased, of course) is what Twitter CEO Jack Dorsey floated by Tesla CEO Elon Musk last Thursday during an employee conference in Houston.

Dorsey looked to Musk as a great soothsayer. After all, the man behind Tesla and SpaceX has 30 million Twitter followers, and Dorsey knows that with this great power comes great responsibility. In 2016, Dorsey praised Musk and his Twitter proclivities, expressing his account as “a really good model of how to use it well.”

So, Musk can do many things—like the aforementioned SpaceX—but can he fix Twitter?

“Give us some direct feedback critique,” Dorsey asked Musk, who was beamed into the conference via FaceTime. “What are we doing poorly? What can we be doing better? And what’s your hope as our potential as a service?”

“If you were running Twitter—by the way, do you want to run Twitter?—what would you do?” he added.

What @elonmusk thinks Twitter could be doing better. #OneTeam pic.twitter.com/BvAUee7rmn

Musk, in response was concerned about “real” versus “fake,” stating it “would be helpful to differentiate” between real users and bots or a troll army.”

“How do you tell if the feedback is real or someone trying to manipulate the system? So, some way to try to differentiate a real person or someone just trying to game the system,” Musk continued. “What’s real public opinion and what’s not?”

Basic underlying Musk takeaway: When you can’t tell a bot from a real person, then there are some issues.

Musk uses the social media platform to get feedback from Tesla customers to help improve his electric vehicles. But unlike, say Facebook (which has its own unique problems), Twitter is built out to be a troll haven. Anyone can create a fake anonymous account; no real verification is needed.

Sure, a billionaire getting bot-generated feedback on his EVs is not a problem we all face.

And, if you haven’t heard, Twitter has numerous problems.

On an everyman level, people’s lives have been ruined because of Twitter. It’s become a vehicle for the internet mob to gang up on people and tear them to shreds like a pack of gleeful, rabid animals. (I’m talking to you, Justine Sacco.) How many news stories have you heard of people being fired because of a misstep on a single Twitter post? Twitter was also used to spread misinformation during the 2016 elections; it’s been a playground for bad actors, bullying (I’m talking to you, Mr. President) and hate speech.

Needless to say, there are a few more problems on Twitter than Musk not necessarily getting truthful Tesla feedback.

And the Tesla CEO should know. Last year, he was sued by a British diver who he referred to in a tweet as “pedo guy.” Musk ended up winning the defamation case.

In 2018, the Securities and Exchange Commission (SEC) sued Musk for a tweet he sent, which stated that he had “funding secured” to take Tesla private at $420 a share. The SEC said that Musk’s tweet made “false and misleading statements,” caused market chaos and harmed investors. As part of the settlement, Musk agreed to have his Tesla-related tweets pre-approved.

Also, a joke he posted about weed on Twitter, after Tesla stock jumped above $420, set off the outrage machine. But in that case, Musk said the joke, and outrage, was worth it.

Whoa … the stock is so high lol

As Musk said on 60 Minutes: “I use my tweets to express myself. Twitter’s a war zone.” 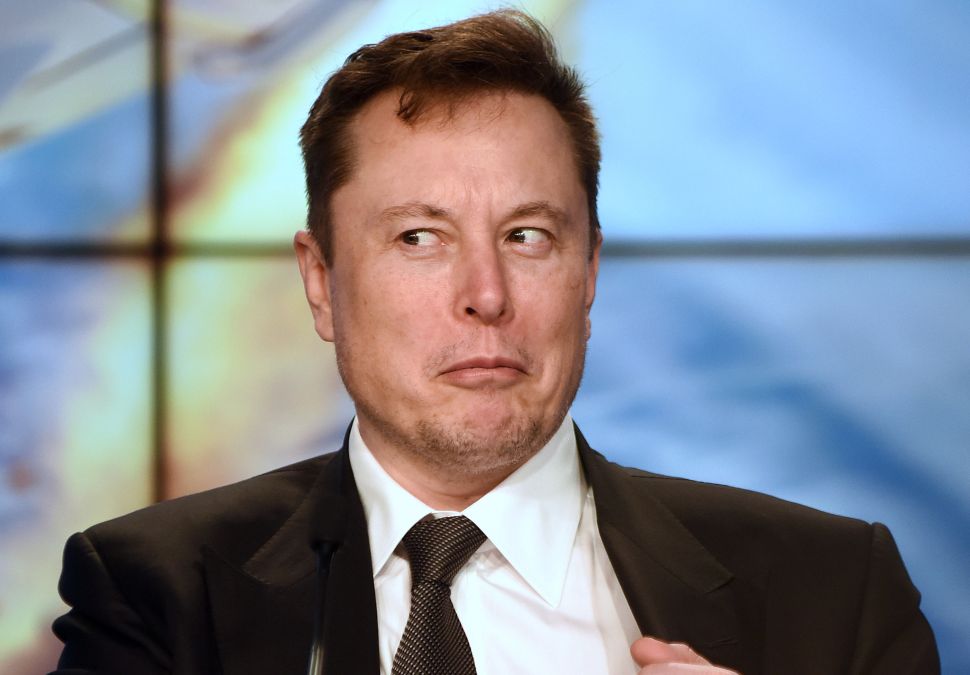