On a recent rainy day after Christmas, I met Maye Musk over breakfast at a dainty hotel restaurant in Manhattan’s theater district. She showed up in a bubblegum pink sheath dress, her short silver hair combed into a sleek pompadour and makeup meticulously done, and greeted me with a magazine-perfect smile. She ordered an avocado toast with coffee. “I love bread,” she said.

The 71-year-old fashion model and dietician holds numerous records throughout her 50-year career: she was the only plus-size model in South Africa in the 1970s, as well as one of the oldest models in the country during a time when the industry was dominated by teens and early twenty-somethings. In 2015, Maye was signed by American modeling giant IMG at age 67 and became the oldest spokesperson for CoverGirl two years later at 69. Outside the fashion world, she’s also known as the mother of Elon Musk, the founder of Tesla and SpaceX.

Maye is proud when people take notice of her last name—and often takes the opportunity to spread good words about her two other children: Kimbal Musk, a chain restaurateur, and Tosca Musk, a filmmaker and media entrepreneur. But she makes an intentional effort not to reinforce the impression of herself as merely a celebrity mom who feeds on her famous son.

“When we go to work events, people are more amazed by her,” said Maye’s manager. “Her energy, her positivity, her beauty—and her fashion, which is always a stopper.”

For the past few weeks, Maye and her team have been flying to major cities all over the world to promote her new book, A Woman Makes a Plan, an autobiographical self-help guide backed by personal stories and lessons learned from a turbulent life spanning seven decades.

Last month, she was in Shanghai, China, where Tesla recently opened its first overseas Gigafactory and Elon is a household name. “You’d think people would be all over Tesla and Elon with the big factory opening. But no, they didn’t ask about him much,” Maye said.

With her enviable upright posture and not a shred of sagging muscle on her face, Maye oozes all the glamour and glitz one would imagine from a supermodel and wellness guru. Her book, however, is filled with unglamorous stories about fighting adversaries and starting over from rock bottom.

“When I told Elon, Kimbal and Tosca that I was going to write a book, they all said, ‘If you are writing a book, you have to talk about your struggles,'” Maye said, “because they all went through it with me.”

Maye was born in Canada in 1948 and moved with her family to Pretoria, South Africa at a very young age. Along with her adventurous parents, she grew up roaming the Kalahari Desert every winter in search of the Lost City of the Kalahari and traveling the world in a single-engine prop plane.

“I was never afraid on my trips to the desert, because my dad and mom were in charge,” Maye wrote in the book. “Even when I was told a hyena could bite off my face, I just closed my sleeping bag so that the hyena couldn’t… We learned to live without all the comforts of home. When that’s what you have to do, it’s what you do.”

In 1970, Maye married Errol Musk, a South African engineer, at 22 and gave birth to Elon, Kimbal and Tosca over the three ensuing years. Her marriage hit a dead end not long after, and the couple divorced in 1979. Maye moved with the kids from Pretoria to Durban to “run away from my husband,” she said.

At 31, Maye found herself a single mom new in town with three young children. She managed to raise them with an at-home dietician practice and a part-time modeling job. Money was tight. But life was good with family around.

“We’d buy second-hand clothes. We couldn’t afford to go out and eat. I fed them peanut butter sandwiches. My kids loved it! They didn’t know they were deprived,” she recalled.

Things took a heartbreaking turn in the early 1980s when Elon and Kimbal moved to stay with their father—as a result of one of many nasty custody lawsuits between Maye and her ex-husband.

“He had different things to sue me about every year. Within one week after every trial, I’d receive a subpoena for the next one. It just never stopped,” Maye said. “When Elon was about 10 years old, he said he’s going to go live with his dad. His father had the Encyclopaedia Britannica, which I couldn’t afford. He also had a computer, which was very rare at the time. That’s why Elon loved it.”

—A Women Makes a Plan

Maye’s post-divorce legal war dragged on for a few more years until Elon and his younger siblings started  their adult lives. By 1989, Maye and all her three children had moved to Canada.

Maye now lives in Los Angeles and travels frequently for modeling gigs and her consulting practice. She drives a Tesla Model S and watches SpaceX rocket launches whenever she can—and gets nervous every time.

When asked what she thinks of Elon’s plan to retire on Mars one day, she pondered for a few seconds and said, “he can do whatever he wants.”

The adventurous blood runs deep in the Musk family. Both Maye’s parents—as well as her ex-husband’s—were self-made entrepreneurs. So are all of her four siblings and three children. Maye’s older brother, Scott Haldeman, is a neurologist and founder of World Spine Care, an industry nonprofit; her younger brother, Lee, heads a business school in South Africa; and her two sisters, Lynne and Kaye, like their mother, run dancing schools.

“Our family motto was ‘live dangerously—carefully,'” Maye wrote. “My father sought adventure, but he knew to be ready for the unexpected. Because of that, I’m always curious and willing to explore. And I know that I can take a risk as long as I’m prepared.”

Any plan for her own retirement? “Nooo!” Maye responded almost dismissively. “My mother didn’t retire until 96. She’s in a wheelchair now but still reads voraciously every day.”

Maye Musk’s new book, “A Woman Makes a Plan: Advice for a Lifetime of Adventure, Beauty and Success,” is available wherever books are sold. 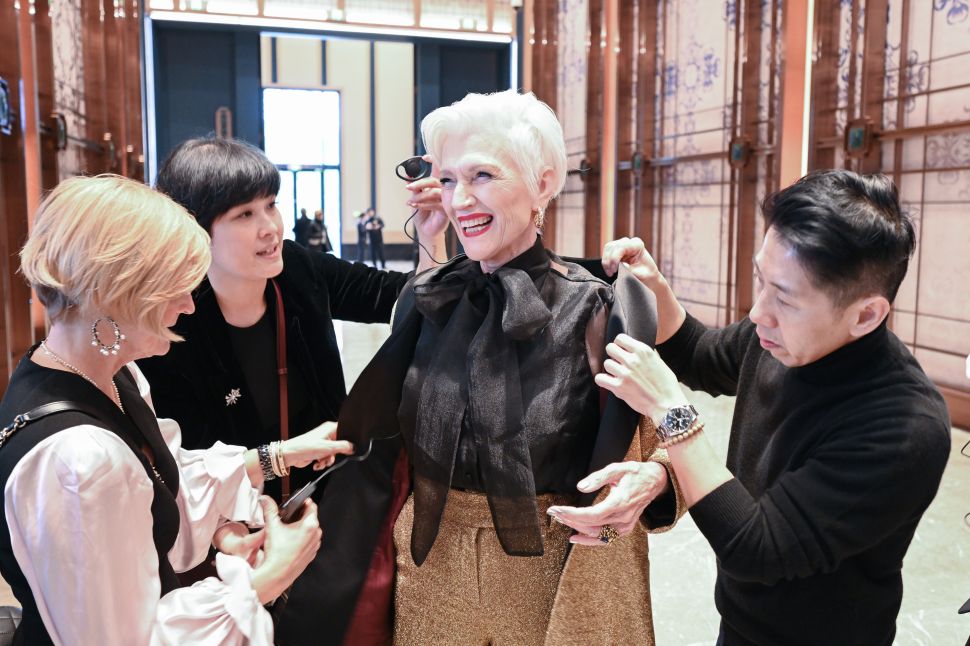