On Sunday, a combat jet will make a cameo on the popular BBC supercar-commercial Top Gear. For the sake of the show, its hosts and the Royal Air Force, let’s hope the Lockheed Martin F-35 Lightning isn’t asked to do anything too hard, like fire its guns.

Because, as Bloomberg noted on Thursday, among its many other problems, it turns out that the beleaguered nearly half-trillion-dollar, next-generation airplane just can’t shoot straight.

Though technically still in development, the F-35 and its backers claim it is already the most sophisticated fighting airplane available in the free world. (“Lethal. Survivable. Connected,” is the plane’s Silicon Valley-friendly marketing line.)

Currently flown by the U.S. Air Force, U.S. Navy, and U.S. Marine Corps as well as the Royal Air Force—and currently being shopped to other nations within America’s sphere of influence, such as Poland—the F-35 is meant to do everything, as in both attack ground targets and overpower enemy fighter planes.

But for the past few years, the over-budget F-35 has also become a sardonic punchline. As a top Air Force general noted in 2017, the plane is routinely beat by other 40-years-older jets in mock dogfights. And the Department of Defense knows it.

Bloomberg took an early peek at the plane’s latest DoD progress report, and among the $428 billion plane’s “must fix” issues are serious flaws in the “connected” jet’s software that controls maintenance and logistics—including “cybersecurity” issues that have gone unfixed for years, as Ars Technica noted—and, at least in the versions flown by the Air Force, a 25-millimeter cannon with poor accuracy and a gun mount that often cracks after firing.

There’s one line of reasoning that the F-35 stinks because it’s asked to do too much. But because the DoD has already burned so much money on the project—which began in the last century—the titanic sunk costs mean that the doomed project is plowing forward regardless. All of this is fueling widespread critiques among defense policy wonks that the F-35 is “the most expensive lemon in history,” Ars Technica wrote.

At the same time, the plane has plenty of defenders. Their argument is usually some version of the line offered by the Air Force back in 2017: The plane replaces five different jets, and so, of course, it’s expensive—and, of course, it has design flaws. All of these can—and will be worked out, these folks argue. Even democratic socialists, like Sen. Bernie Sanders, admit that the F-35 is “the plane of record,” and that “it is not going to be discarded.”

F-35 will replace 5 different fleets of combat jets, hence the price tag. Every jet in the US inventory experienced design flaws, crashes, problems in initial deployment. F-15, to wit, had early crashes and a critical fuselage flaw but went on to be finest combat jet in history. https://t.co/paqsWJguHm

OK—but will it? It’s worth noting that military brass say the F-35’s flaws don’t matter too much, even if they aren’t entirely fixed, because it will fly in tandem with other, cheaper jets. The jet can’t shoot straight and thus hit targets on the ground? OK, fly a A-10 Warthog. It’ll get shot down by Russian or Chinese dogfighters? OK, fly some F-22s. These are seemingly workable solutions—all of which seem to contradict the F-35’s stated purpose—to do everything—and it would also seem to present to cost-conscious military commanders a serious case for using the existing other cheaper options for everything the F-35 does.

Which, again, begs the question: If it can’t shoot, if it can’t fight and if it needs a lot of help from the older planes it was supposed to replace, what, exactly, is the point of this stupid airplane? The answer may depend on how cynical you’re willing to be. 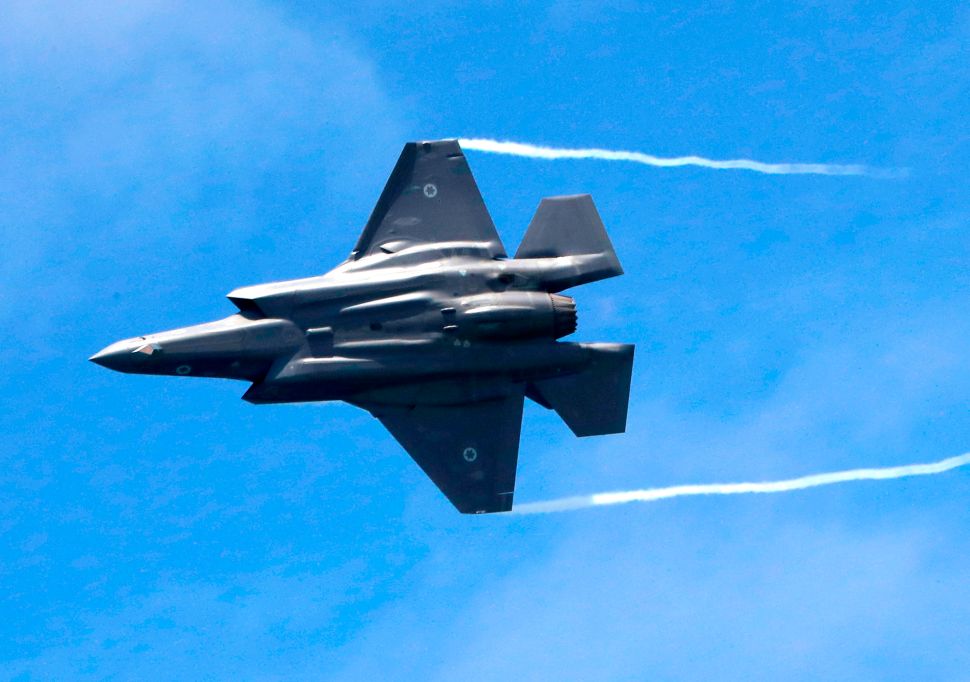