We have Woody Bledsoe to thank for being one of the fathers of facial recognition technology. In the early ’60s, this sharecropper’s son from Maysville, Oklahoma was a pioneer in having machines recognize faces. Bledsoe’s early research into facial recognition technology attracted fans, most particularly, the U.S. government and the CIA, which funded a bulk of his projects.

Smash cut to 2020: Facial recognition is as common as a smiley face emoji. I use it to unlock my iPhone. You use it to tag people on Instagram. London police will soon be using facial recognition on their city streets; while last year, the city of San Francisco voted to ban this Big Brother surveillance technology by law enforcement after an uproar from such groups as the ACLU. (And how long will that ban last?)

As facial recognition technology becomes more commonplace with our devices, it’s just a matter of time before tech companies will soon realize they can sell this data for hefty profits—and get away with it because we never-ever read the voluminous updated Terms of Service. I assure you, there will come a point in which our faces will be sold. (Point being: take note if Facebook introduces facial recognition.)

Like it or not, facial recognition is now a staple in our daily lives.

Back when Bledsoe was researching facial recognition technology during the early ’60s, it was a more innocent time. You might think these ethical implications had yet come into play, but the history of facial recognition has always been shrouded with a dark cloak of Orwellian control.

As noted by Wired, a good portion of Bledsoe’s facial recognition research was set ablaze in 1995 by Bledsoe himself. But 39 boxes of his research and correspondence can still be found at the Briscoe Center for American History at the University of Texas. Inside these boxes are the analog version of facial recognition blueprints—dozens of people-face photos marked up with mathematical notations—foreshadowing the shape of AI things to come.

To know the history of facial recognition is to know the history of Woody Bledsoe. In 1953, after finishing grad school, at UC Berkeley, Bledsoe landed a job at the Sandia Corporation in New Mexico. Yes, a great gig—if you like working on government-funded nuclear weapons research. It was while working at Sandia where Bledsoe started coding. One early calculation effort was entitled: Program for Computing Probabilities of Fallout From a Large-Scale Thermonuclear Attack.

In 1960, Bledsoe and some Sandia colleagues started a company in Palo Alto that had a slightly vague, yet sinister-sounding name: Panoramic Research Incorporate. One of the company’s projects was character-­recognition technology. Meanwhile, a steady client for Bledsoe’s company was a little known entity called the Central Intelligence Agency, and one such project that Panoramic worked on with the CIA went by the classified name: MK–Ultra.

Yep, this was the CIA’s infamous LSD mind-control program.

LSD aside, it was in 1962 when the CIA shell company, King-Hurley Research Group, funded Bledsoe’s facial recognition project. His research intent was to give a computer a database of 10 face photos of different people and see if machine learning could recognize new photos of each of the individuals. (This was blowing people’s minds back in old-timey tech days.) Bledsoe taught his computer to divide a face into features, then compare distances between them. Essentially, he was teaching a computer to process these measurements (i.e., crunch the numbers) to determine a specific face.

Unlike today, in which a computer can learn algorithms from millions of available social media photos, Bledsoe’s team had to build a database—one photo at a time. (At one point, with the most sophisticated technology of the day, it would take one hour to input 40 images. And the database was comprised entirely of white people—much like the skewed facial recognition software currently used by law enforcement.)

The first report on the project was in January 1963 and cunningly entitled: “A PROPOSAL FOR A STUDY TO DETERMINE THE FEASIBILITY OF A SIMPLIFIED FACE RECOGNITION MACHINE.”

Needless to say, the facial recognition of the time wasn’t going to unlock an iPhone 11.

Not to mention, the computer processing at the time had around 21,000 times less working memory than your average smartphone of 2020.

The whole facial recognition operation, at the time, was a problem solving endeavor without the beneficial ease of the technology we have at hand today. Technological obstacles abounded, but the team’s solutions were nothing short of ingenious.

Taking a darker turn in 1965, Bledsoe asked the Defense Department Advanced Research Projects Agency (known as ARPA at the time) to fund research for a study using facial recognition to determine a person’s racial background. And the use of facial recognition to discriminate between races has continued igniting controversy to this day.

In 1966, Bledsoe went on to work at the department of mathematics and computer science of the University of Texas at Austin, where he dedicated himself to the study and teaching of automated reasoning, which led to the development of artificial intelligence.

Bledsoe did jump back into research in 1967 with a study (funded by the CIA) to help law enforcement agencies quickly sift through databases of mug shots and portraits to find a match. In 2020, we have yet to work out that kink in the technology. Last year, Amazon Rekognition, the company’s facial recognition software, falsely matched 27 professional athletes to mugshots in a law enforcement database in tests conducted by the ACLU.

But the seeds were planted for law enforcement and the U.S. government to jump on the facial recognition bandwagon—to create a police surveillance state—right there from the very beginning.

And even though Bledsoe went on to serve as the president of the Association for the Advancement of Artificial Intelligence, his facial recognition contributions largely go unrecognized.

Maybe it was in the papers he ended up burning in 1995? 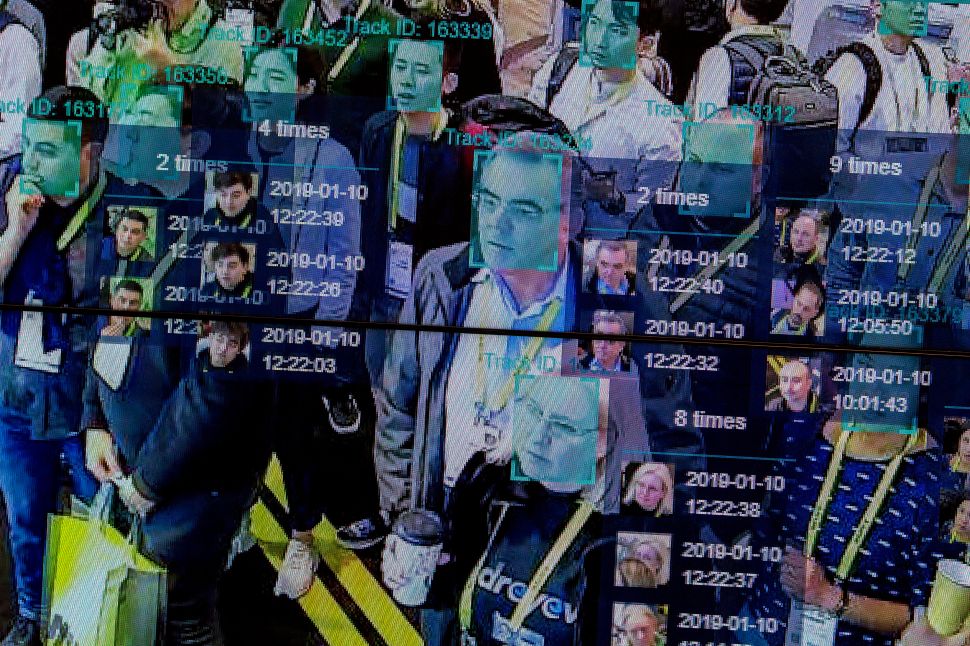