Ford has tossed its car hat into the electric automobile arena. Yes, the new electric Mustang Mach-E is scheduled for release in the summer of 2020, and Ford is going all-out with its entry into electric; the Mach-E’s design was inspired by the classic 1960s Mustang muscle car.

And Ford is full. Done. Sorry. Too late.

SEE ALSO: Tesla Cybertrucks Are Years Away, But ‘Cyberfakes’ Are Everywhere

So what does this all mean?

Well, not only is the First Edition sold out, but it also rivals Tesla’s Model Y, which was unveiled back in March and is scheduled to be released at the same time as the Mach-E. But unlike the Ford EV, if you go on Tesla’s website, you can still pre-order the Long Range Premium model (as well as all of the other versions).

Still, the rise of the Mach-E trumpets Tesla’s impact on the automobile industry; the old-school auto-guard now needs to compete with Elon Musk’s company to stay relevant with the growing popularity of electric vehicles. This all came about toward the end of 2017, when Ford CEO Jim Hackett formed a new internal team, called “Team Edison,” to oversee the company’s EV program. At that time, Hackett also shifted one-third of internal combustion engine investments to EVs.

So, let’s talk about the pink electric elephant in the automobile showroom… how does the Mach-E compare to the Model Y?

The same goes for the battery life. On a single charge, the Mach-E runs 270 miles (First Edition) and 300 miles (Premium) compared to the Model Y’s 280 miles (Performance) and 300 miles (Long Range). Both of the lowest trim levels (Mach-E Select and Model Y Standard) will give the driver a range of 230 miles.

Ditto on performance, with both Ford and Tesla’s high-end models clocking in at 459 HP. The Mach-E can go from 0 to 60 in 3.5 seconds, which is on par with the Porsche 911 GTS. (Spoiler Alert: The Model Y Performance can also do the same.) 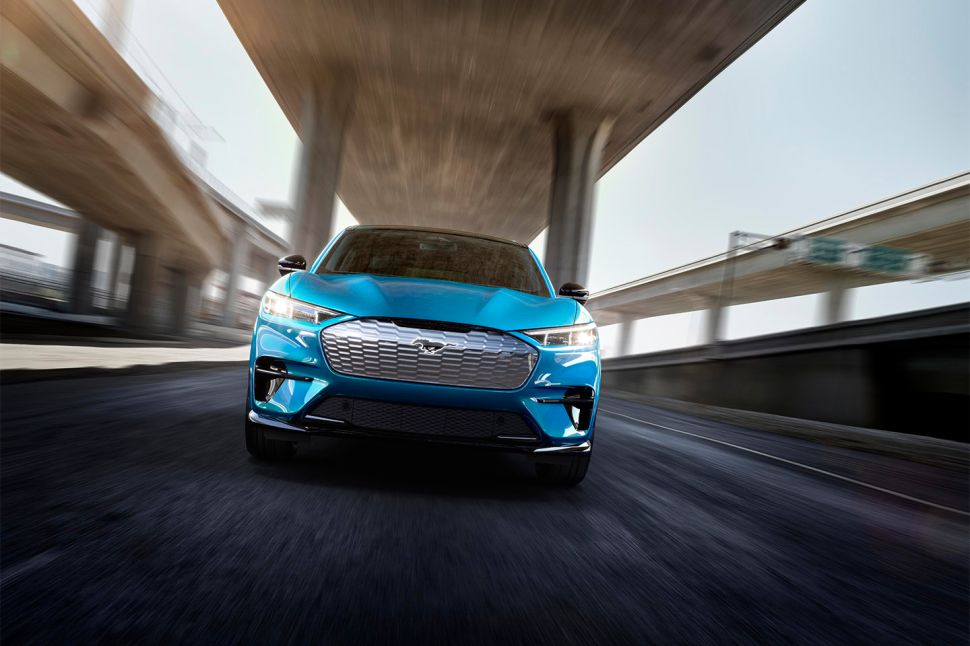