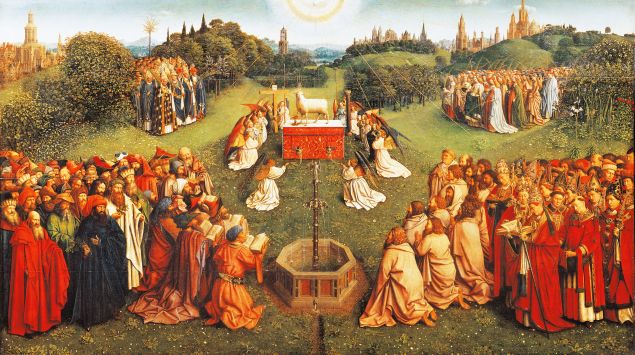 On Monday, a particularly chilling set of images started to go viral on Twitter: a side-by-side comparison of the titular lamb featured in the painting Adoration of the Mystic Lamb, both before and after its recent restoration. Mystic Lamb, of course, is central to the supernaturally famous Ghent Altarpiece made by the brothers Jan and Hubert Van Eyck in 1432, and the painting has been painstakingly worked on by Belgium’s Royal Institute for Cultural Heritage since 2012. However, spectators on Twitter seem to have been convinced that the lamb had not been restored to its original state, but rather given a bizarre and unnecessary facelift that made it look as though the creature had been given Kylie Jenner-ish lip injections.

Uh, so apparently they restored the Ghent Altarpiece and pic.twitter.com/JljwfEZlzu

This couldn’t be further from the truth. In reality, workers on the painting’s restoration project had recently discovered that in the 16th century, approximately 70 percent of the original altarpiece panels had been painted over and modified with a distinctly different varnish, an act that’s apparently a total novelty within the history of Netherlandish painting. After removing this outer coating, the restorers discovered the startling humanoid lamb’s face that’s now baffling the internet at large. The lamb’s eyes, formerly dusky and almost entirely hidden, now gaze knowingly directly at the viewer. Its ears stick out at precise right angles, and the lamb’s mouth also appears to be expressively pursed, as though the animal is repressing a secret smile. Hélène Dubois, the leader of the restoration project, told The Art Newspaper that the newly revealed lamb has an “intense interaction with the onlookers,” and that art historians are not yet certain why the Van Eycks painted the animal’s face in such a “cartoonish” style.

Throughout the course of art history, the disparate parts that make up Jan and Hubert Van Eyck’s Ghent Altarpiece have captured the imagination of onlookers over and over again. This is partially because the masterpiece has been divvied up, dismantled, stolen and re-stolen many times, but also because the hypnotic power of the altarpiece’s imagery pierces through the centuries to look you dead in the face. If you’re in the mood for a pilgrimage, the restored Adoration of the Mystic Lamb is going on view at St. Bavo’s Cathedral in Ghent, Belgium on January 24. 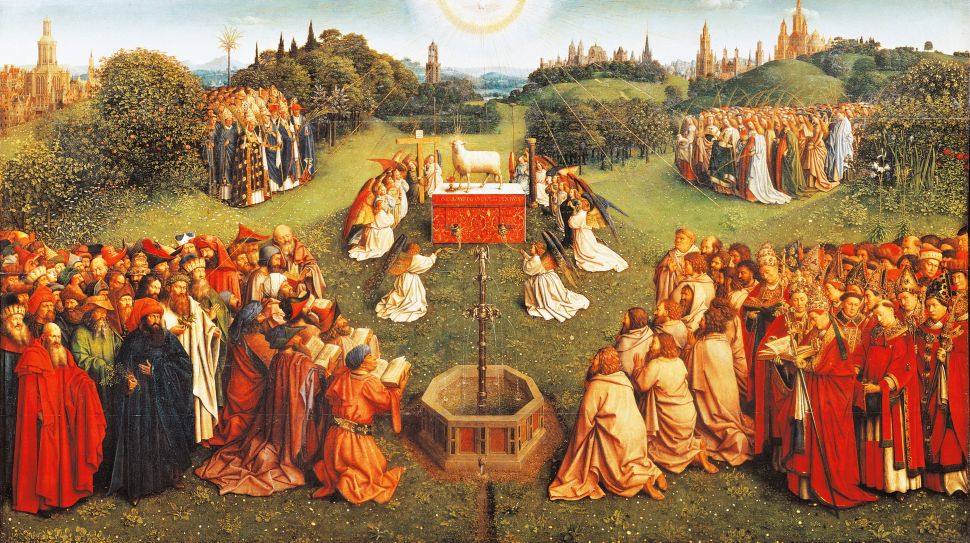