NBC’s weird, meditative, non-commercial and wholly lovely afterlife sitcom The Good Place concluded its four-season run on Thursday night. There were laughs, there were tears and, of course, a fair amount of breakdancing. For a series that never cared much for the standard conventions of broadcast television, its time-spanning and philosophical finale understandably concerned itself more with the moral and spiritual human experience than grand romantic gestures, a parade of flashback cameos or explosive hashtag-worthy reveals. Each member of the Soul Squad/Team Cockroach received a fitting end that neatly nestled into their individual character growth throughout the series. In its final moments, The Good Place re-affirmed its central message: selflessness and self-betterment.

Creator Mike Schur, who signed a rich overall deal with Universal Television last year and has his hand in a number of upcoming projects, expanded upon the show’s thematic takeaways and what he hopes audiences will feel in the aftermath of the finale.

“A complete sense of contentment and satisfaction about the nature of being alive on Earth. [Laughs] If we get that, we’re fine,” he joked in an interview with The Hollywood Reporter. “No — there’s really only one goal ever for a show finale, in my mind, and that’s to make people who have been watching the show and invested time and energy and emotion in the show feel like it’s a good ending. That’s really the only goal. Anything other than that is uncontrollable and unknowable. This show has made a lot of arguments about various aspects of the human experience and about what matters and what doesn’t, and about how we ought to live and behave. All of that stuff, if any of that stuff resonates, that’s gravy. But my primary hope is that people who have been watching the show and like it feel like it’s a good ending. That’s all.”

After living multiple lifetimes, Jason finally feels content with his existence after he plays the perfect game of Madden football (it’s fitting that video game conquest is Jason’s ultimate goal rather than, you know, actually playing quarterback for the Jacksonville Jaguars). After completing her infinite to-do list and making peace with her family, Tahani sets out to become the first-ever human architect of the afterlife (naturally, she’ll be great at it). Michael, feeling useless now that the new afterlife system is up-and-running, becomes a true-blue human on earth with some help from Eleanor and Janet. Chidi, following an eternity of love and happiness, opts to walk through the door and return his matter to the universe, leaving Eleanor to follow after she helps Mindy and Michael one last time.

The idea that paradise is only magical if it is finite isn’t a new idea. But the manner in which the surprisingly popular Good Place deployed it to speak on the nature of human existence is an impressive move for primetime. Though they each arrive to this conclusion on their own terms, Eleanor, Chidi, Jason, Tahani and Michael all come to accept this truth in different ways. We shouldn’t fear the end for all that we experience is beautiful precisely because we are doomed. That’s quite a poetic statement from a half-hour comedy.

“It’s a pretty constant theme in any religious writing or fiction writing about the afterlife,” Schur told THR. “That idea comes up again and again. It’s sort of an inescapable conclusion: It doesn’t matter how great things are, if they go on forever they will get boring.”

While no show is perfect and The Good Place is no exception, it certainly was never boring. In the immediate aftermath of its conclusion, some fans surely can’t help but hope it had continued onward forever. Alas, all good things must come to an end. We’ll see you in 15 Jeremy Bearimys for the inevitable re-watch. 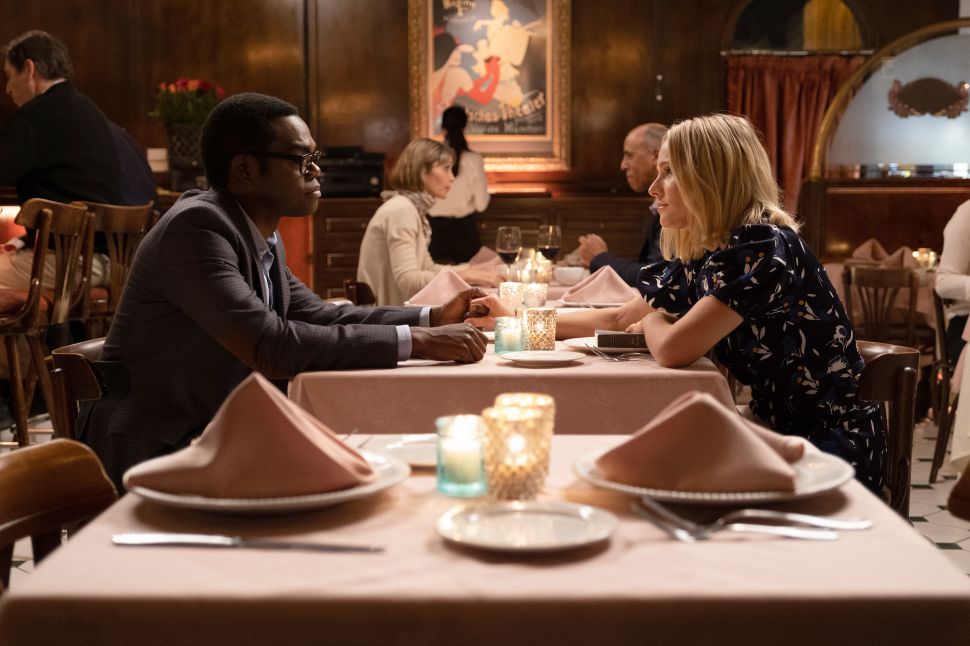