Slathering your palms and fingers with alcohol-based hand sanitizer may feel healthy—especially if you have a cut on a knuckle—but it won’t save you from getting the flu. Nor will any amount of hand sanitizer save you from Ebola, or the antibiotic-resistant “super bug,” according to the federal Food and Drug Administration (FDA), which recently told the parent company of Purell, the leading manufacturer of the ubiquitous goop, to stop telling people otherwise.

Hand sanitizer is big business. The global market for the stuff, introduced in the late 1990s, was estimated at $2.4 billion in 2017, according to one research firm, and Purell, as Crain’s observed, is the most ubiquitous brand. Purell dispensers can be found in hospitals, schools and institutional buildings all over the country. Thanks to this success, the brand’s parent company, GOJO, based in Akron, Ohio, employs about 2,000 people—no small deal for a Rust Belt town.

SEE ALSO: Coronavirus ‘Arrives’ in the US. How Worried Should You Be?

Since at least 2017, the company’s been claiming that Purell’s surface spray kills “norovirus” in 30 seconds and Hepatitis A in 60 seconds,” and renders MRSA, the antibiotic-resistant strain of bacteria that can cause deadly staph infections in clinical settings, dead in an unspecified amount of time. This is all a “significant development for health care,” as Carey Jaros, GOJO’s current CEO and president, told Crain’s back in 2017.

As far as the company’s hand sanitizer goes, product pages previously read that Purell “kills more than 99.99% of most common germs that may cause illness in a healthcare setting, including MRSA & VRE”

It’s also bullshit, according to the FDA. In a January 17 warning letter addressed to Jaros, the FDA identified numerous Purell product claims—including claims that Purell reduces teacher and student absenteeism at schools, and that Purell kills Ebola as well as norovirus and MRSA (and, let’s face it, it was probably only a matter of time before they added coronavirus to that list)—as unsupported by any evidence and instructed the company to stop making said claims, or face legal consequences.

What got GOJO and Purell in trouble were product claims that are too similar to claims made by drugs. GOJO markets Purell hand sanitizer as if it were “intended for the diagnosis, cure, mitigation, treatment or prevention of disease,” the FDA wrote.

Any product, be it a CBD-infused dog treat or a pocket-sized vial of translucent slop, making such claims needs to go through an FDA approval process that includes studies and clinical trials, the agency wrote—and neither GOJO nor Purell have done any of these things.

Not that hand sanitizer is useless. As The New York Times noted, the Centers for Disease Control and Prevention (CDC) recommends people wash their hands—”with soap and ,” in case that weren’t clear—but if neither are available, a hand sanitizer with at least 60% alcohol can be used. Purell claims to make hand sanitizers with about 70% ethyl alcohol, the Times noted.

And GOJO seems to have taken the FDA seriously—to a point. A company spokesperson told CNN that Purell and GOJO were in the process of “updating relevant website and other digital content as directed by the FDA and are taking steps to prevent a recurrence.”

Pedants might observe that Ebola, MRSA and norovirus aren’t so common. Still, there’s nothing so clean-feeling as freshly sanitized hands, and for now, Purell still owns the market.

Correction: This article originally stated that the company’s been claiming that Purell kills “norovirus” in 30 seconds and Hepatitis A in 60 seconds,” and renders MRSA, the antibiotic-resistant strain of bacteria that can cause deadly staph infections in clinical settings, dead in an unspecified amount of time. This article has been updated to clarify that the claim was in regard to Purell’s surface spray. 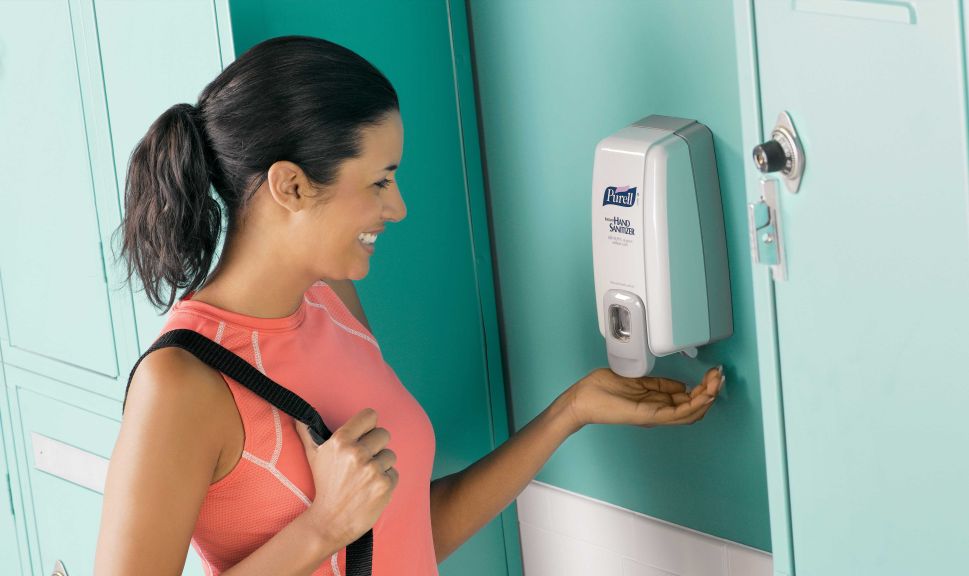