It’s human nature to consider the path not taken, especially when the ultimate destination proves disappointing. Such is the case for HBO’s Game of Thrones, which entertained and enthralled for years but came to a polarizing conclusion in its eighth and final season last year. Fans and critics criticized the truncated episode counts of the final two seasons, which ran seven and six episodes respectively, and the abbreviated runtime’s negative impact on a story that often felt rushed. But perhaps the alternative would have been even more compressed.

In a recent interview with German outlet Welt, A Song of Ice and Fire author George R.R. Martin—whose novels inspired the show and its planned spinoffs—revealed that Thrones almost went the cinematic route for its final moments. Intriguing.

“…we had actually considered this option: David Benioff and Dan Weiss, the two creators behind the series, actually wanted to end the saga after the seventh season with three big movies,” he said. “Game of Thrones was to end in the cinema. Four or five years ago, it was seriously discussed.”

Would this approach have further compounded the complaints that GoT‘s final run received, or would it have sharpened the narrative to its bare essentials? There’s a case to be made for such a multimedia approach, though it most likely would not have benefited HBO as much as the linear delivery ultimately did. Still, the disappointing finale begs for further inspection from all angles.

We’ll never know for sure what the right approach may have been, but we do know why the idea of multiple Game of Thrones movies was eventually axed.

“Because HBO didn’t get involved,” Martin explained. “The responsible people said, ‘We produce TV series, we’re not in the cinema business.’ And when HBO makes movies, like now with [Deadwood], then they produce it only to show it on TV – not in the cinema. Everything is changing right now. What is cinema today? What is television? What is streaming? Is Netflix now making cinema or television? Everything mixes. Today we no longer know where the boundaries are between cinema, streaming providers, and television.”

As of now, HBO controls the film rights for Game of Thrones so don’t expect any cinematic blockbusters in the near future. Instead, the premium cable network is moving ahead with a prequel titled House of the Dragon and focused on the universe’s Targaryen family, which is expected to air sometime in 2022. 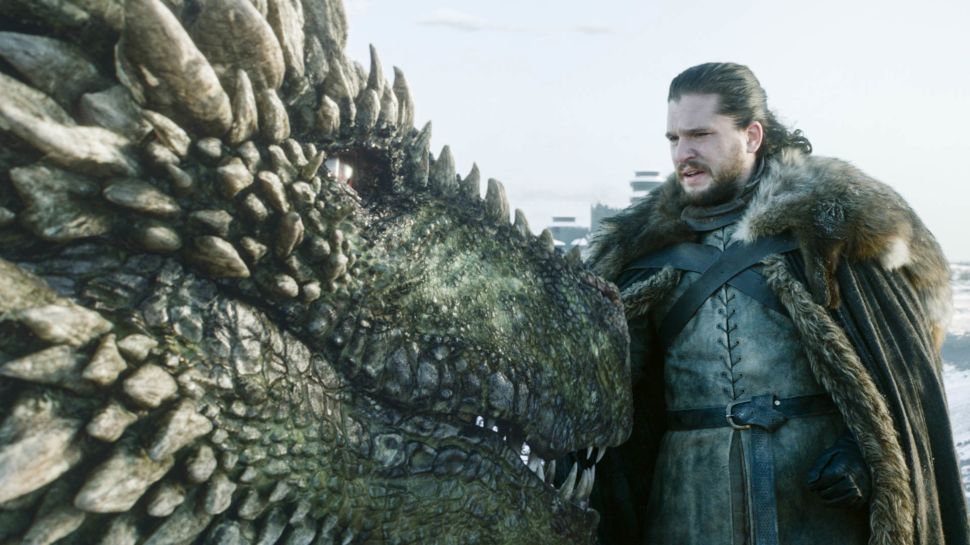 Filed Under: TV, Entertainment, HBO, Game of Thrones, George R.R. Martin, A Song of Ice and Fire, House of the Dragon, David Benioff and Dan Weiss