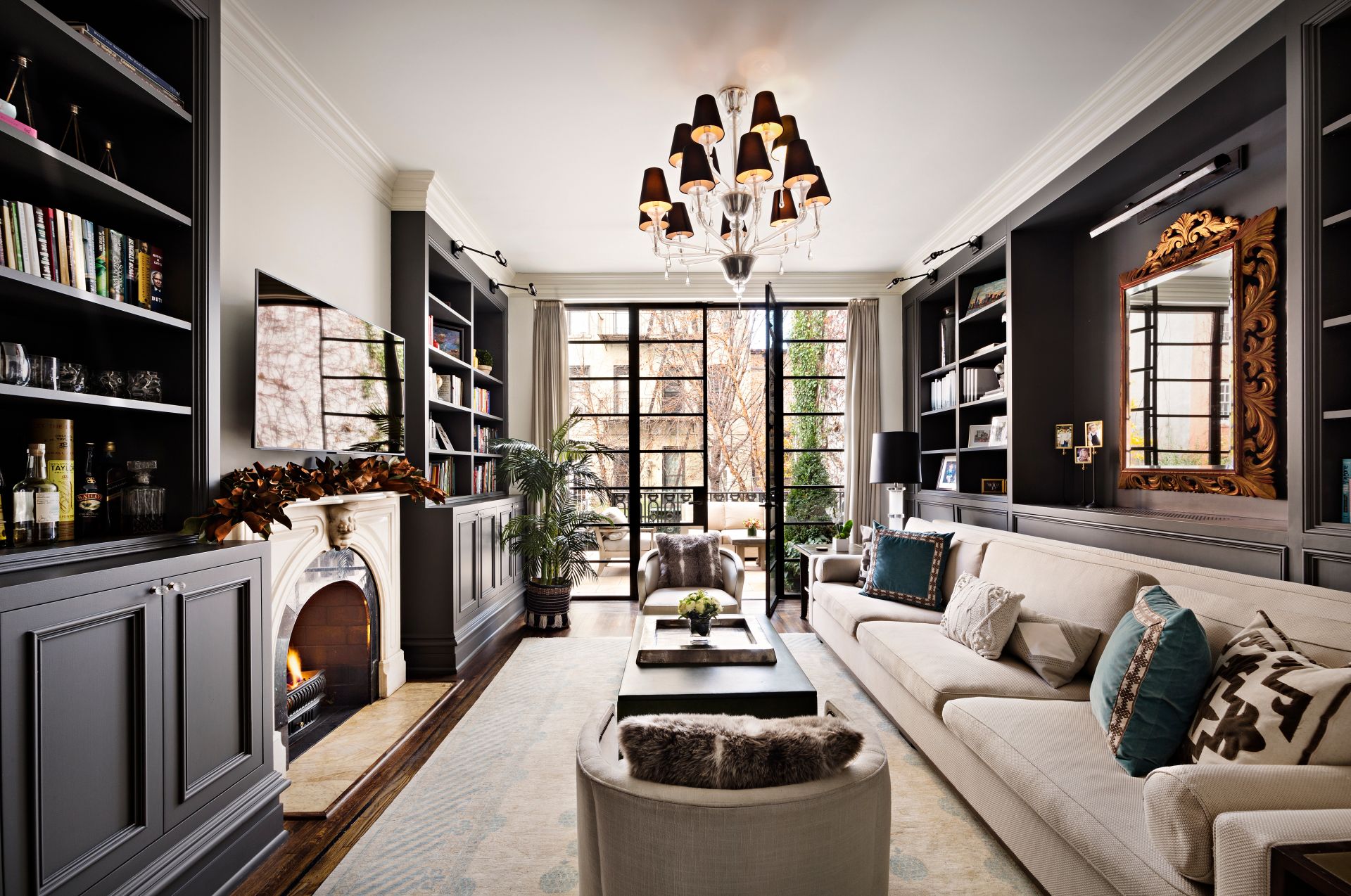 Hilary Swank's former West Village home is back on the market. Scroll through to see inside.
Courtesy Halstead Real Estate 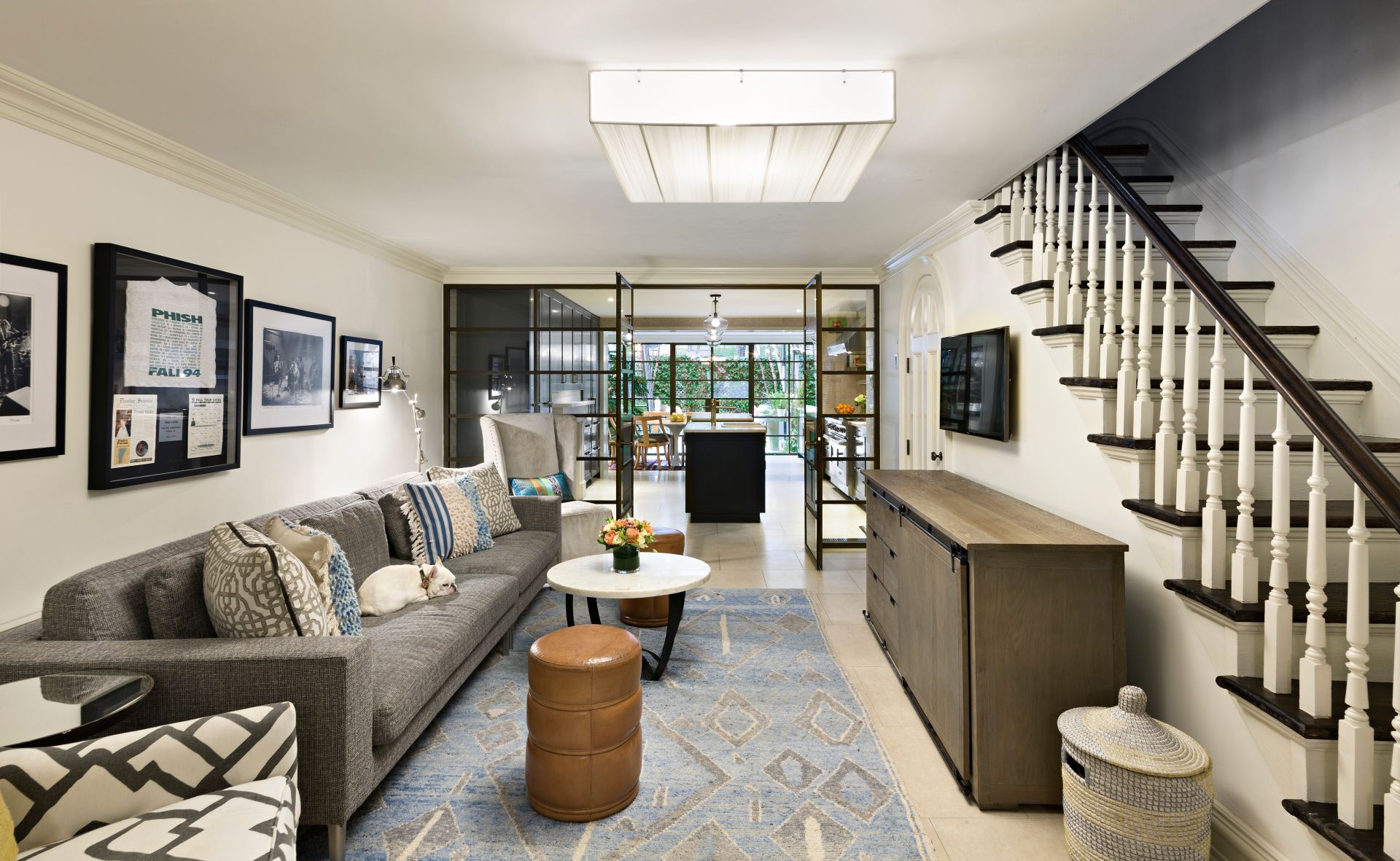 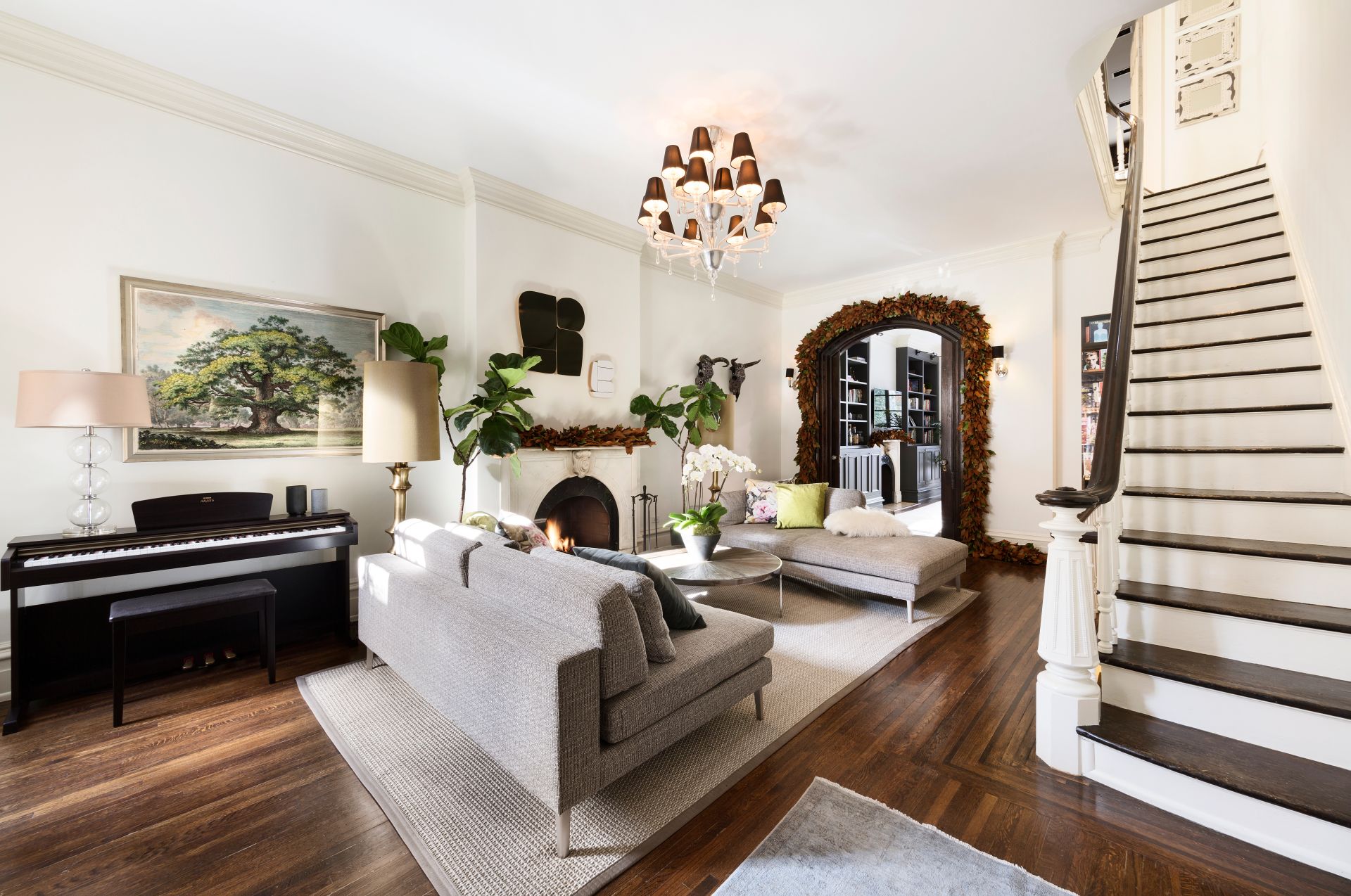 The Charles Street home is on the market for just under $11 million.
Courtesy Halstead Real Estate 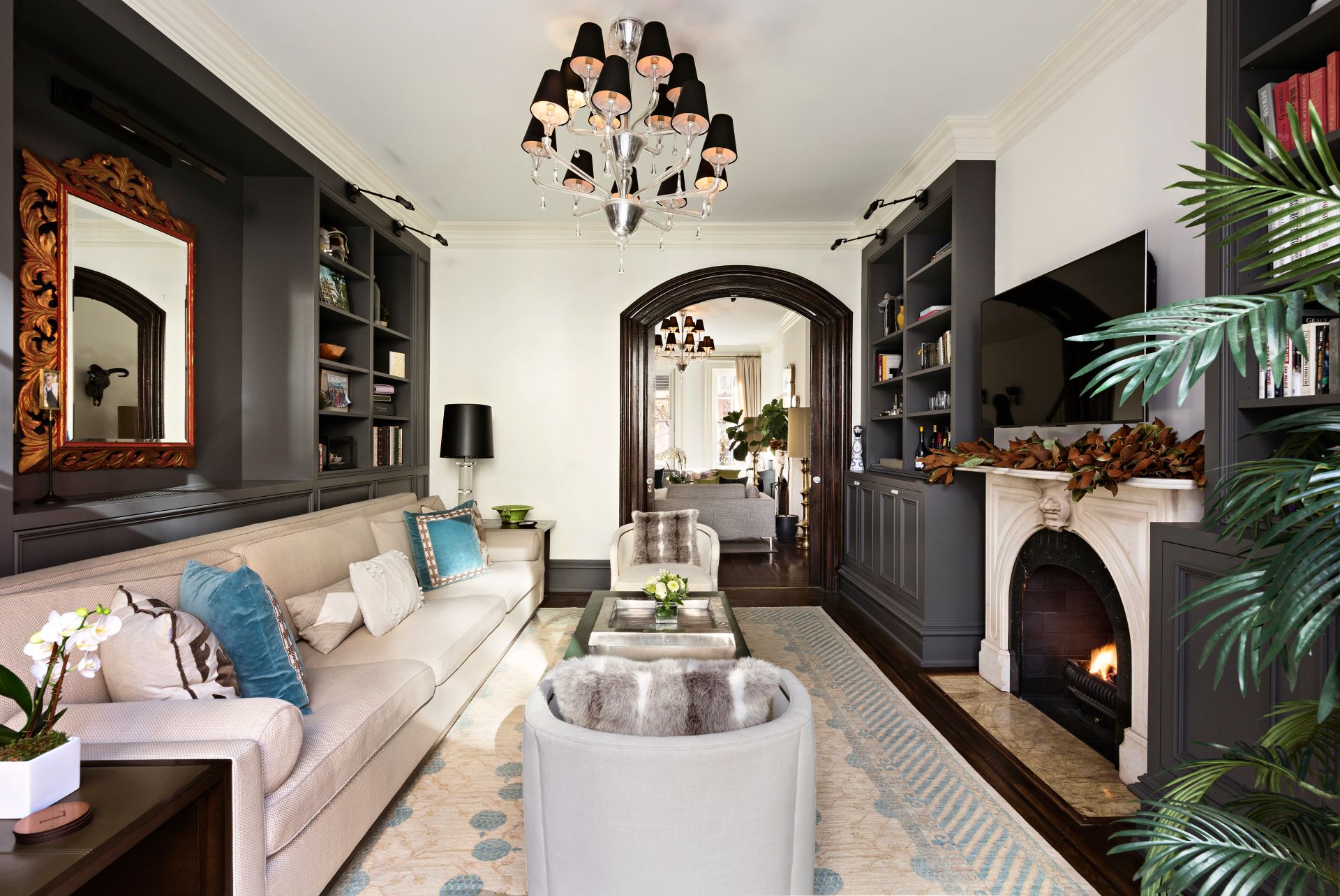 There are custom built-ins and hardwood floors throughout.
Courtesy Halstead Real Estate
Advertisement 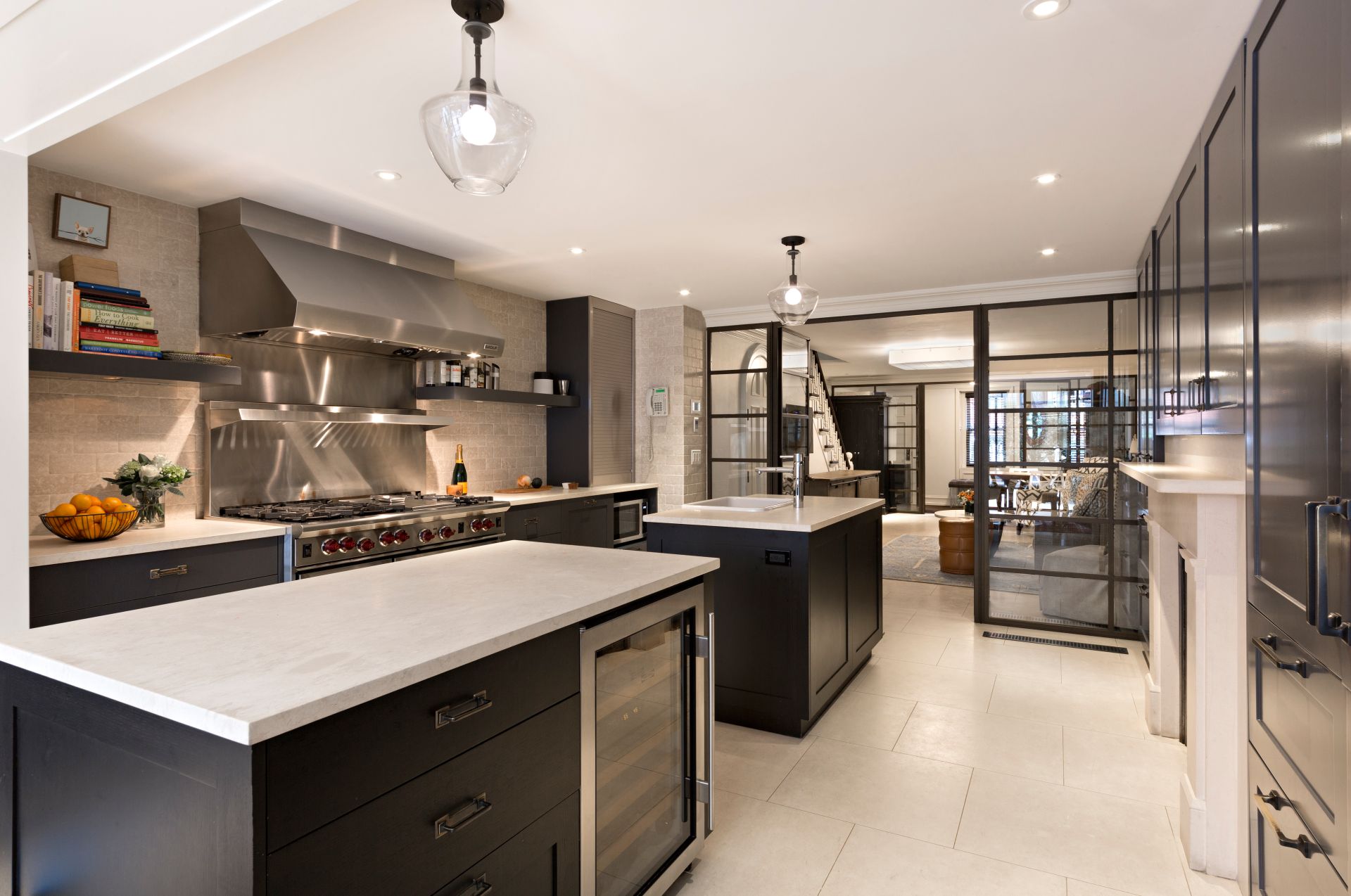 The eat-in kitchen is on the garden floor.
Courtesy Halstead Real Estate 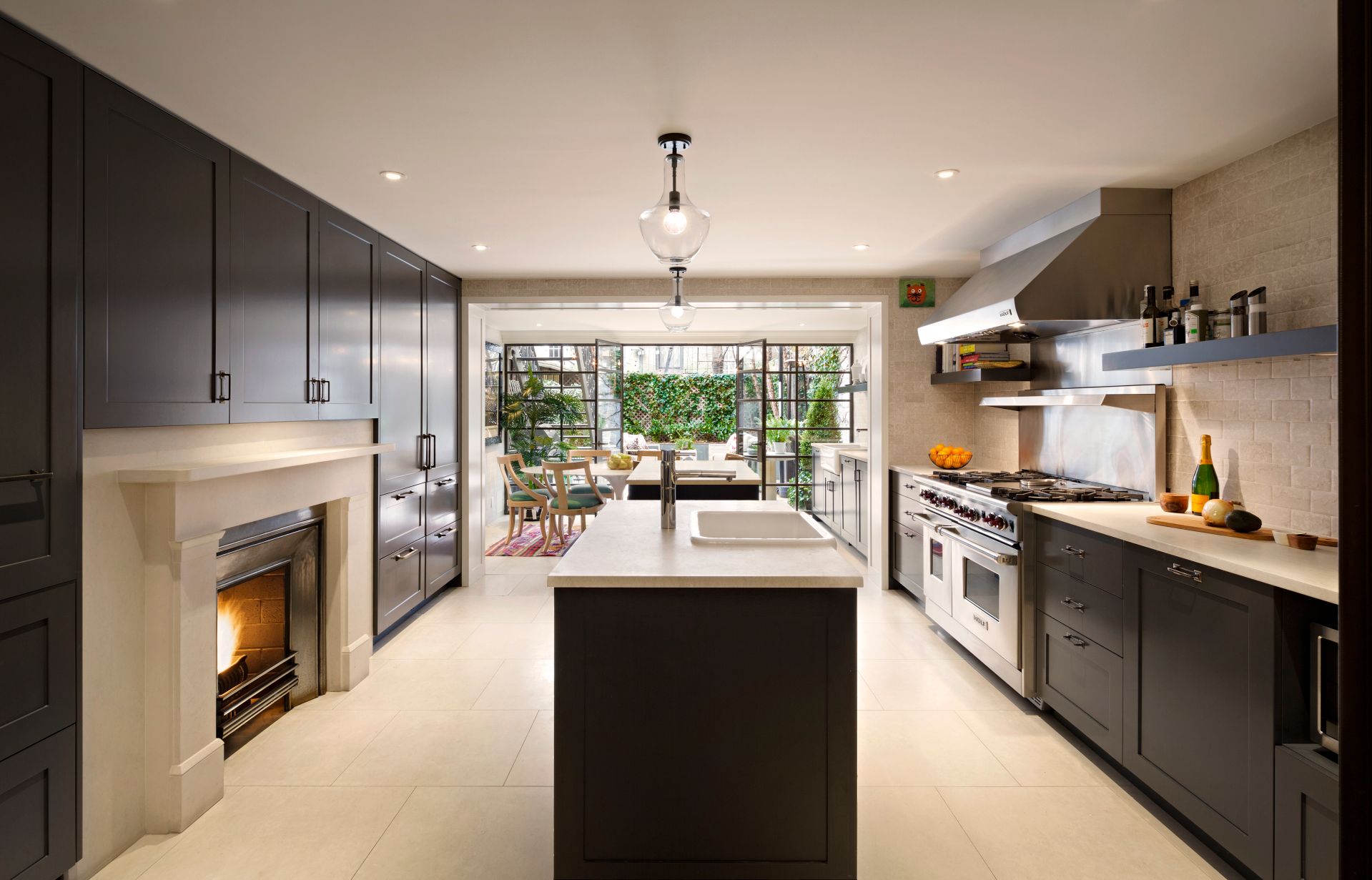 One of the many, many gas fireplaces.
Courtesy Halstead Real Estate 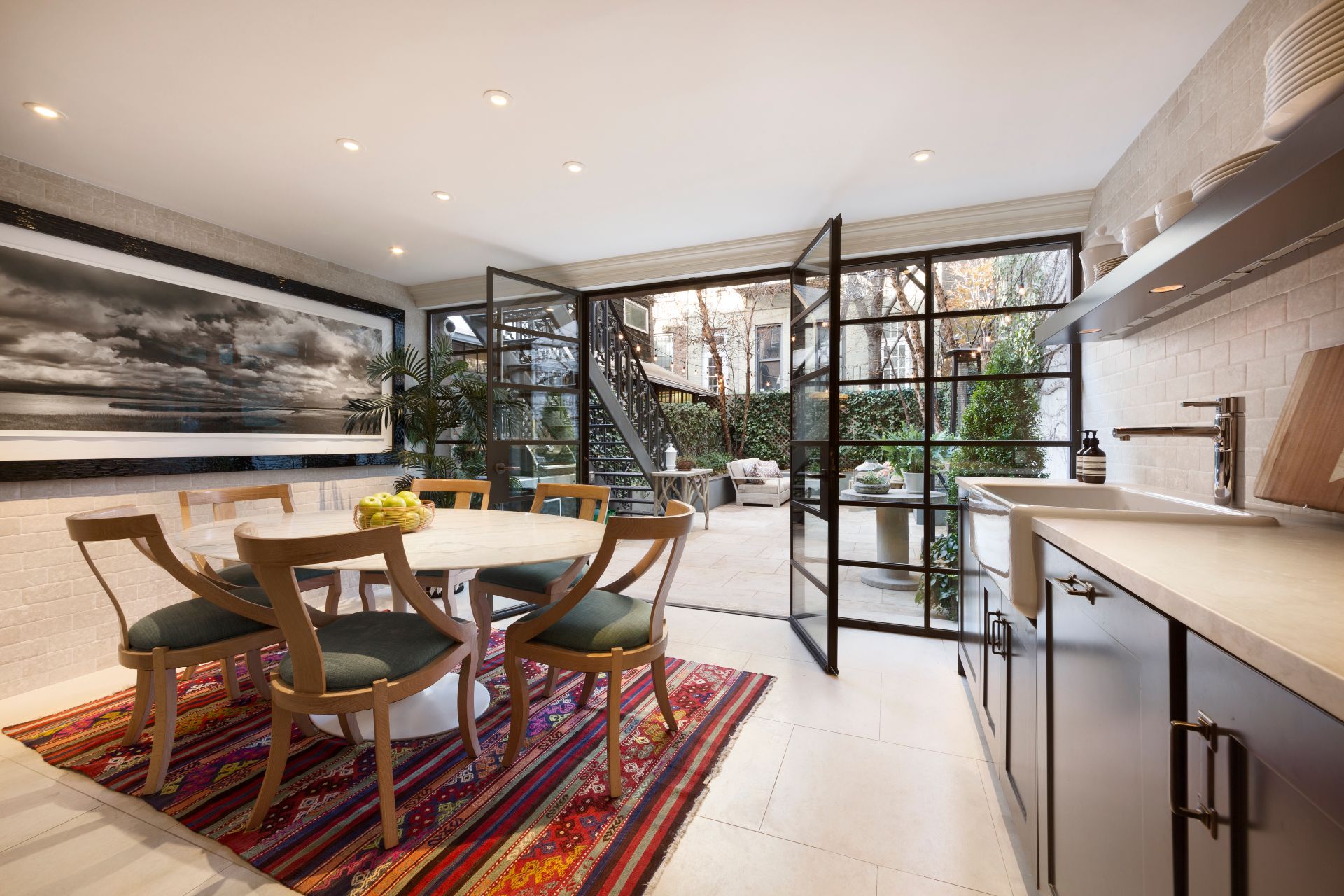 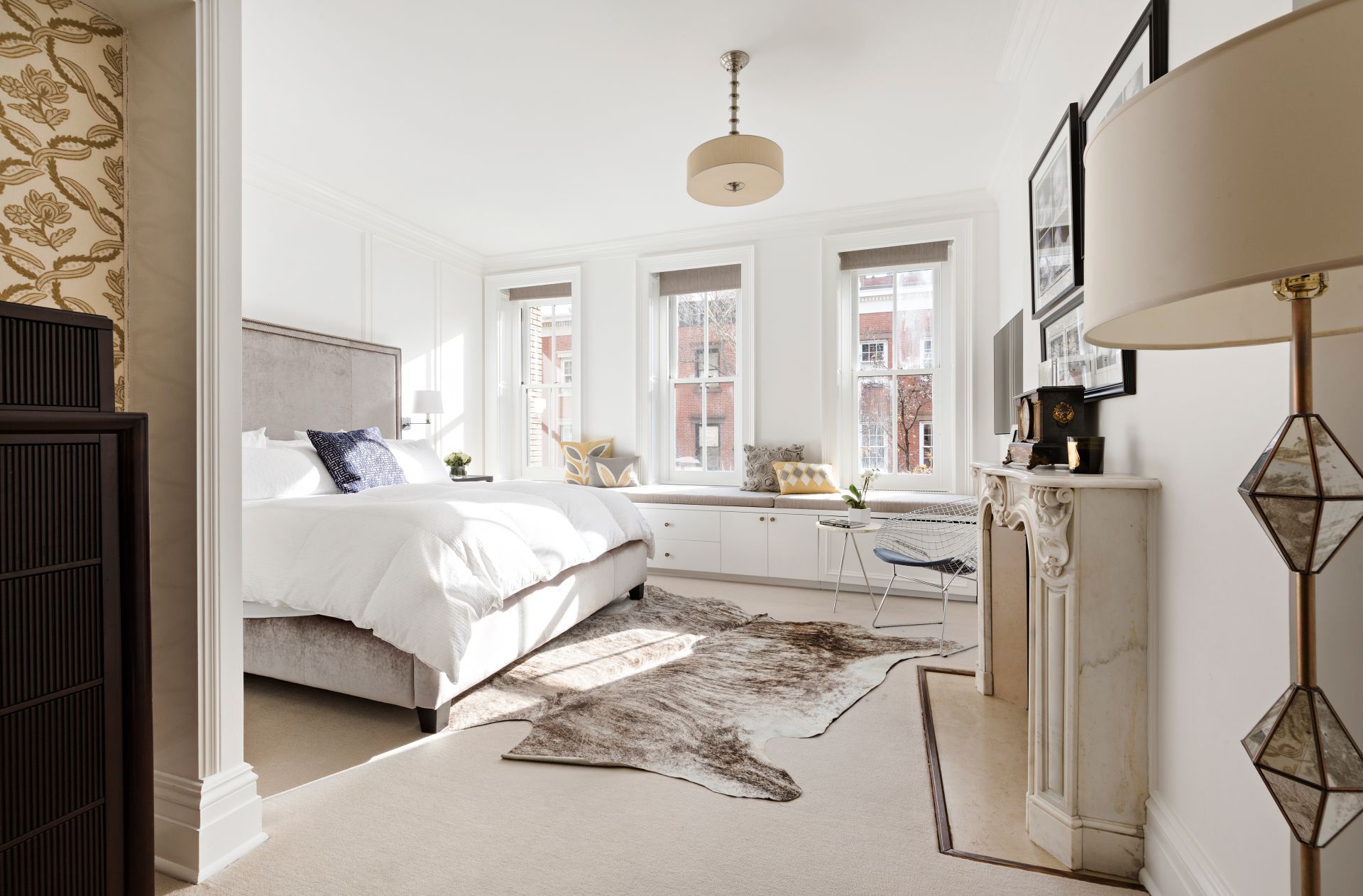 The master suite takes up the entire third level of the home.
Courtesy Halstead Real Estate 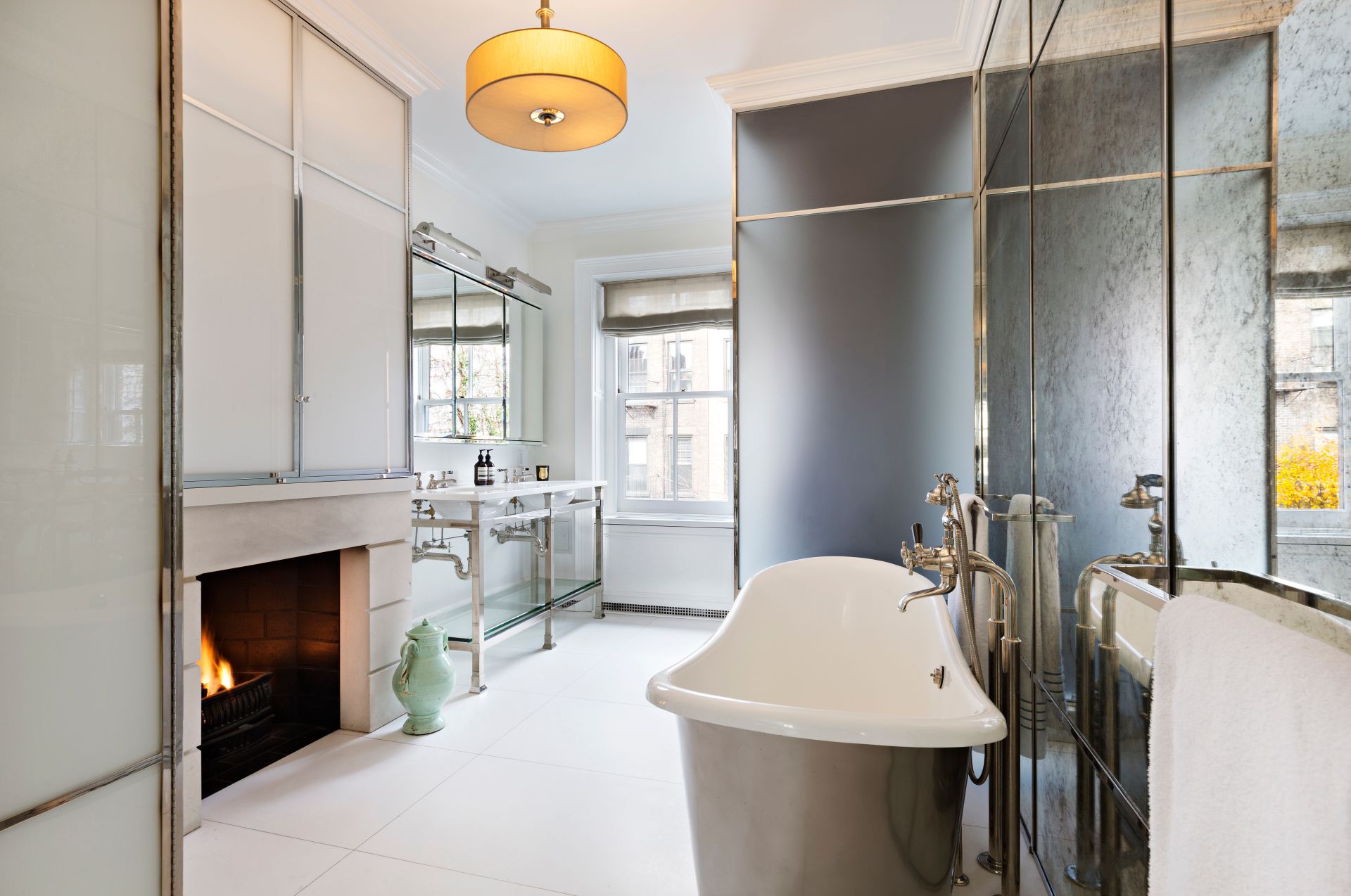 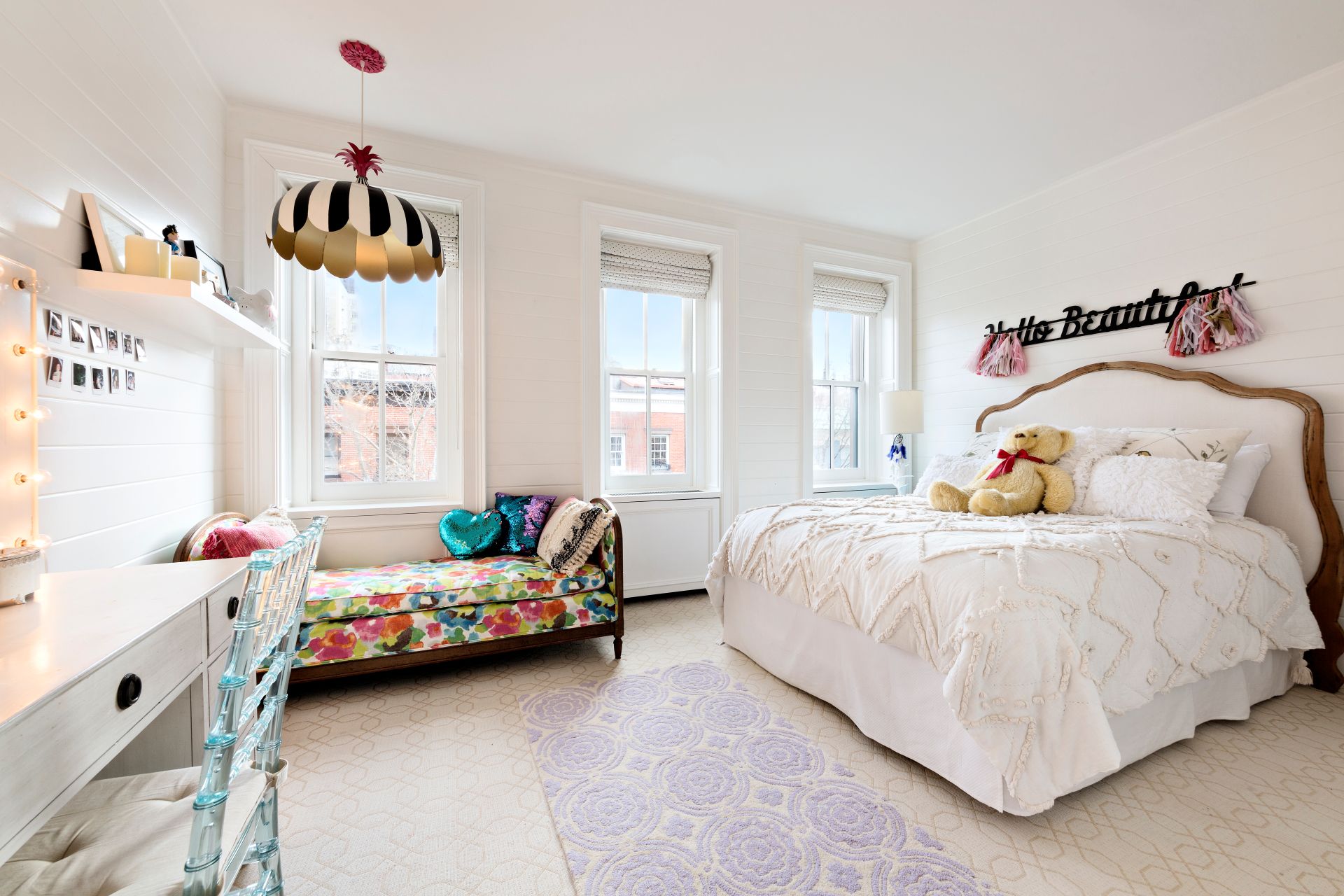 The other bedrooms are located one floor above.
Courtesy Halstead Real Estate
Advertisement 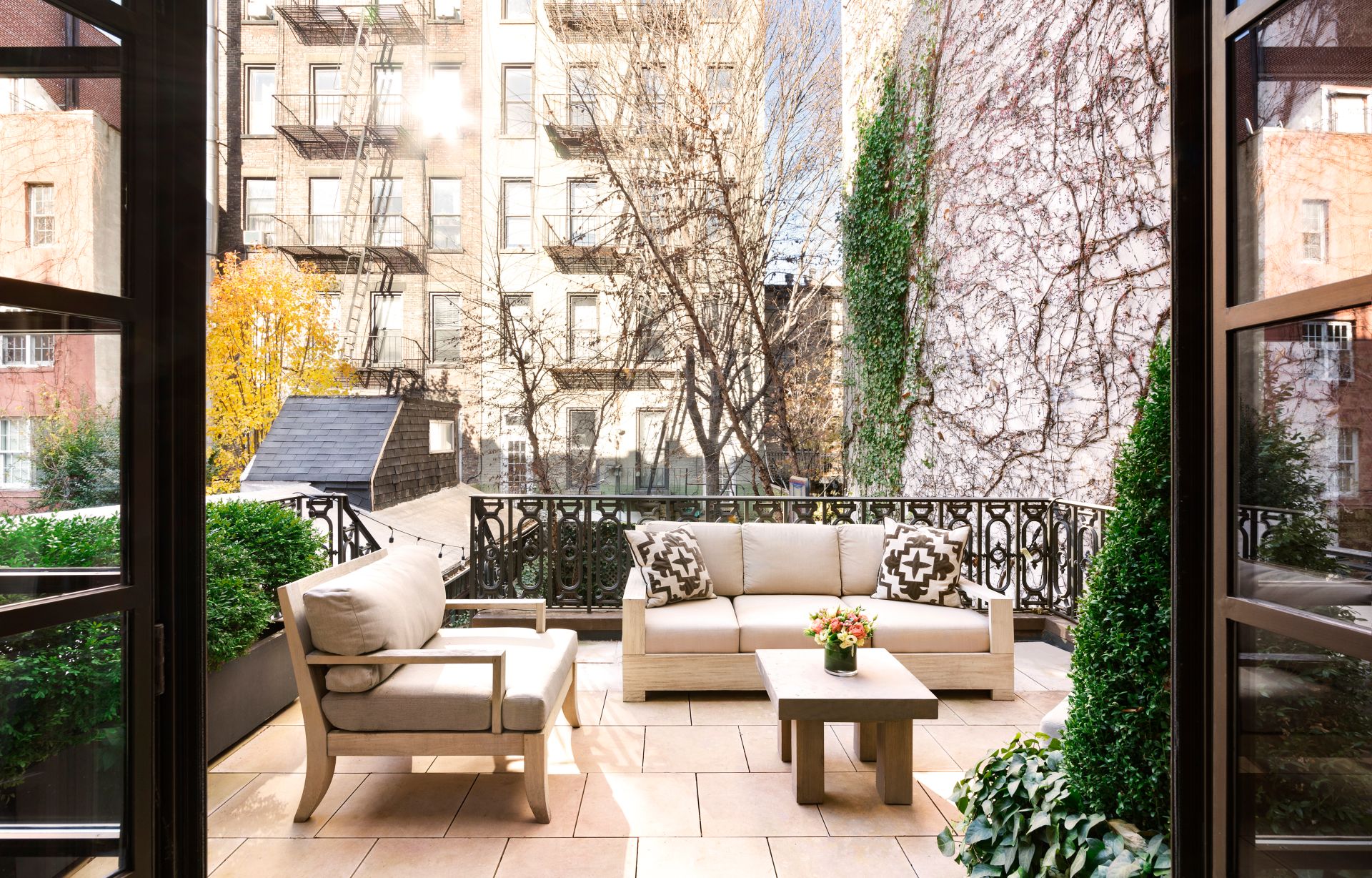 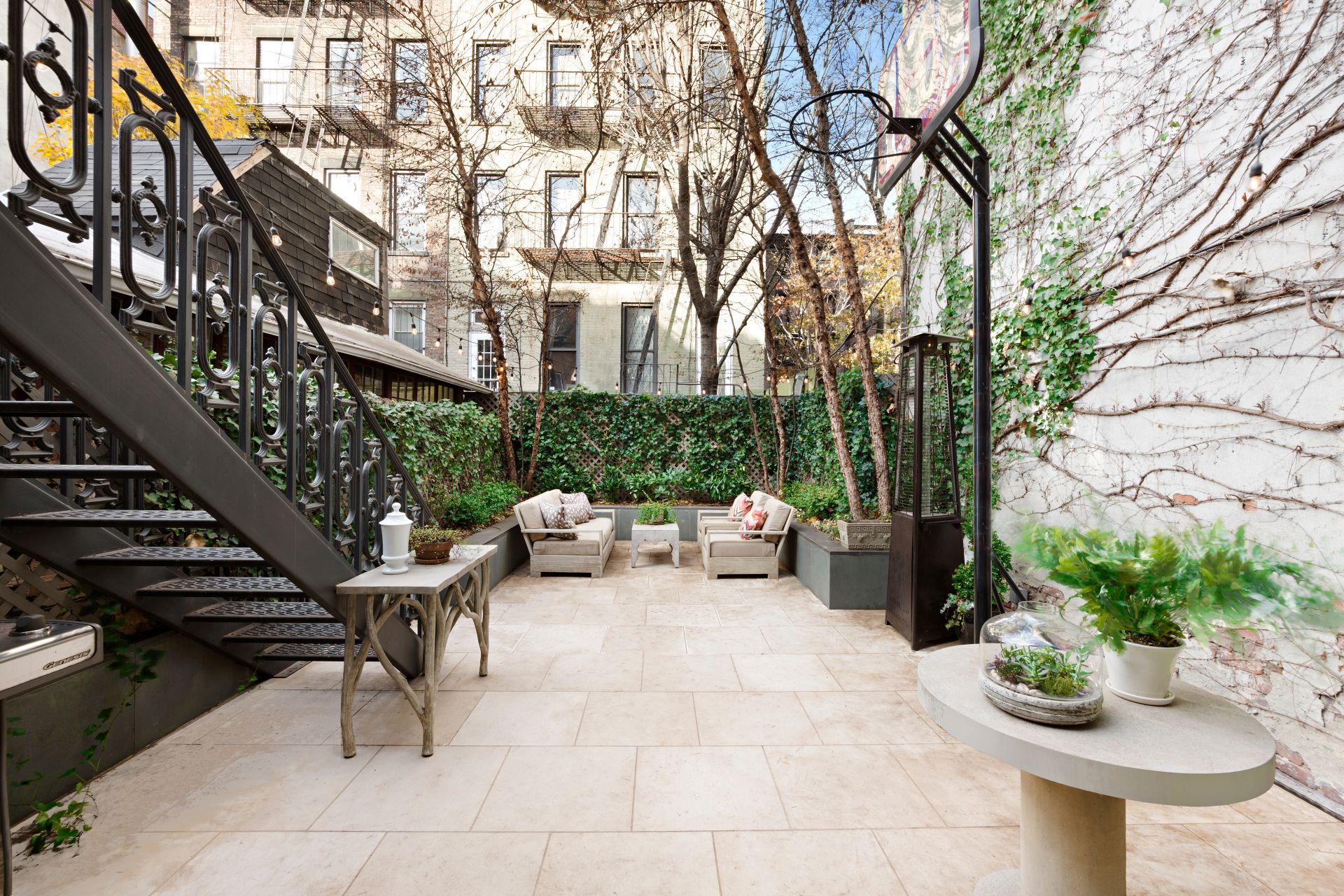 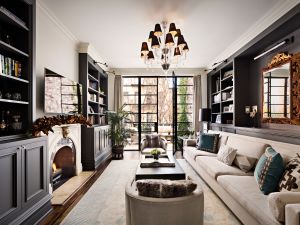 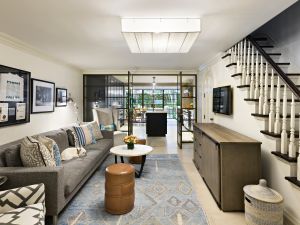 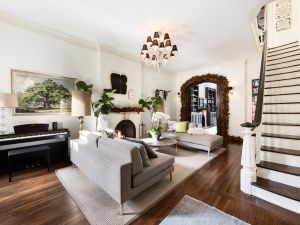 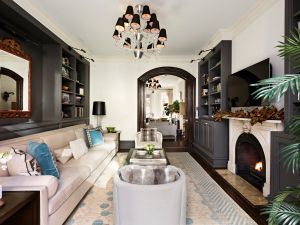 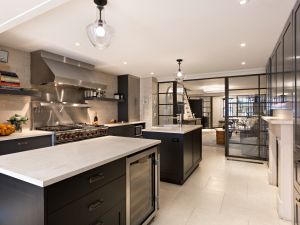 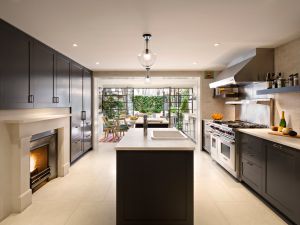 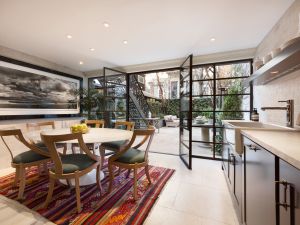 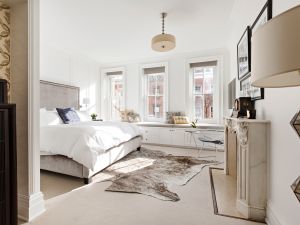 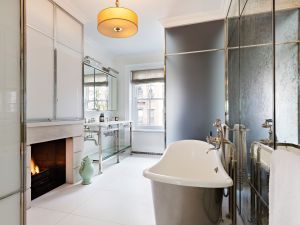 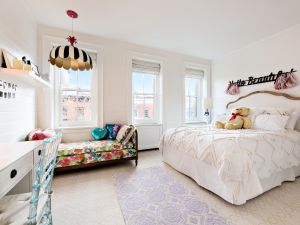 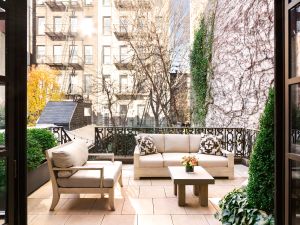 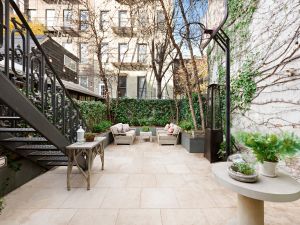 The West Village townhouse Hilary Swank once called home is back on the market. The Academy Award-winning actress purchased the four-story Charles Street brownstone for $3.9 million back in 2002, when she was married to her now ex-husband Chad Lowe, and sold it in 2007, shortly after they divorced.

The four-bedroom residence has traded hands twice since then; the current owner is Hal Lawton, who bought the property for $10.5 million in December 2017, soon after he was appointed the new president of Macy’s. Lawton announced his departure from the department store last month (he’s leaving to join Tractor Supply as CEO), and now, he’s listing the New York townhouse for $10.995 million.

There are original details throughout the home, including hardwood floors, restored woodwork and moldings, per the listing held by Halstead broker Christopher Kromer.

The limestone-bedecked kitchen and dining room are located on the garden level of the home. The eat-on kitchen contains custom cabinetry, stainless steel appliances and center island, with a double pantry, gas fireplace (there are at least five) and a breakfast nook with floor-to-ceiling glass and steel casement windows that open up to the private rear garden.

The parlor-level library features built-in bookshelves and a gas fireplace; there’s another fireplace in the formal living room.

The master suite occupies the entire third level of the home, with a window seat, gas fireplace and a large dressing room. The five-fixture marble bathroom is outfitted with a double vanity, soaking tub, separate shower and yes, yet another fireplace.

The finished basement is comprised of a laundry room, home gym, temperature-controlled wine cellar and lots and lots of storage.

Even though Swank hasn’t resided in this particular townhouse in quite a while, she’s still in the same neighborhood. She paid $3.64 million for a nearby condo nearby in 2009, and while she’s offered it as a pricey rental in the past, it doesn’t seem like the actress has any plans to permanently offload the two-bedroom property.