This time last year, Amazon CEO Jeff Bezos and his wife for 25 years, novelist MacKenzie Bezos, split up on amicable terms, with MacKenzie getting 19.7 million shares of Amazon stock (or 4% of the entire company), worth $36 billion at the time, which instantly made her the world’s 22nd wealthiest person.

The former Mrs. Bezos has said she will donate most of that money to charity. “I have a disproportionate amount of money to share,” she said last May after signing the Giving Pledge, the billionaire-only philanthropist club started by Warren Buffett and Bill and Melinda Gates in 2010. (Jeff Bezos applauded his ex-wife’s decision at the time but hasn’t signed the pledge himself.)

It’s possible that MacKenzie either has found a noble cause to support or is considering a major personal purchase. According to a recent SEC filing under Jeff Bezos’ name, MacKenzie cashed out about 200,000 shares of Amazon stock, worth approximately $370 million, sometime in 2019, Bloomberg first reported.

The transaction was filed under Jeff Bezos’ name because he still owns the voting rights over MacKenzie’s stock.

Since settling the divorce, MacKenzie Bezos has carefully stayed out of the spotlight. Her Twitter account, which follows no one, has been dormant for nearly a year. So has her Instagram and Facebook pages.

The novelist holds leadership roles at two philanthropic organizations outside her writing career: the Bezos’ family charity, Day One Fund, which she co-founded with Jeff Bezos in 2018, and Bystander Revolution, a nonprofit focusing on anti-bullying in schools and families.

“My approach to philanthropy will continue to be thoughtful,” MacKenzie said last May. “It will take time and effort and care. But I won’t wait. And I will keep at it until the safe is empty.” 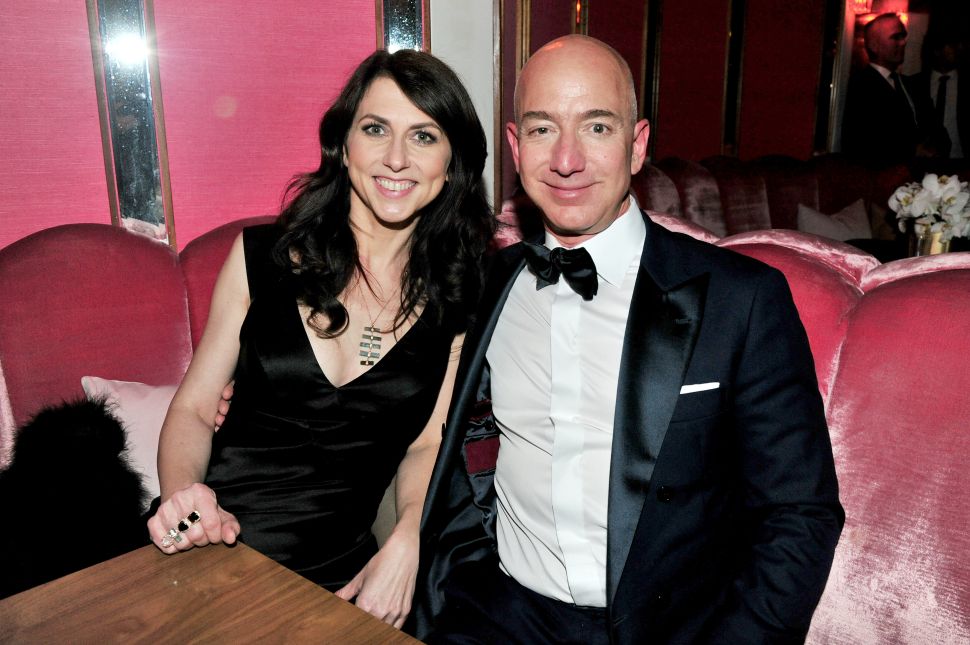