In May 2018, Amazon founder and CEO Jeff Bezos received a WhatsApp message on his phone from the personal account of Mohammed bin Salman, the crown prince of Saudi Arabia and the Gulf state’s authoritarian leader.

The pair had been chatting amiably for a few days—Bezos and “MBS,” as he’s known, had met in person in Los Angeles during the prince’s visit to the United States in March of that year, and were in talks for Amazon to build data centers in the kingdom—and so when Bezos saw a link to a video from his new friend, he clicked on it.

SEE ALSO: Jeff Bezos’ Attempt at Being Approachable Gets Awkward During India Visit

And “within hours,” a trove of data was stolen from Bezos’ phone, as The Guardian first reported on Tuesday—including, almost certainly, the racy text messages Bezos exchanged with a girlfriend that were published in The National Enquirer, a few months after a Saudi dissident columnist for the Bezos-owned Washington Post was murdered, allegedly on the prince’s order.

1. Jeff Bezos's phone was hacked through his Whatsapp account
2. The exploit came *directly* from MBS's personal phone, a few days after they exchanged numbers
3. The Saudis were in Bezos's phone from May 2018 till February 2019

Bezos and his security team have long suspected that the Saudi government was behind the hacking of his phone, a public charge the Saudis have steadfastly denied.

However, the idea that the Saudis are involved fits neatly into a complex web that includes the Saudi government; President Donald Trump, a frequent Bezos critic and vocal admirer of the Saudi regime; and a supermarket tabloid—whose former owner is a Trump confidante, and which has printed fawning coverage of MBS.

Longer-term, the revelation that bin Salman himself “personally” spear phished Bezos is also an unprecedented personal violation that is likely to have severe consequences for Saudi Arabia’s relationship with Silicon Valley and the West, and is indicative of the strength of the personality cult around the Saudi leader, as well as the lengths he appears willing to go to protect either himself or his state.

It also raises more questions about the murder of journalist Jamal Khashoggi, a Saudi dissident who often critiqued the Saudi regime in the pages of the Bezos-owned Washington Post—the CIA believes that bin Salman personally ordered Khashoggi’s murder—and will likely trigger a broader discussion about cybersecurity and cyber warfare capabilities.

The Saudis have denied the royal family knew about Khashoggi’s killing and have denied earlier accusations from Bezos’ team that they were in any way connected to the hacking of his phone.

The Saudi government issued yet another blanket denial on Tuesday, dismissing the report as “absurd.”

The Guardian’s reporting, based on a not-yet public forensic analysis of Bezos’ phone, was later corroborated by other outlets, including The Wall Street Journal.

The United Nations will publicly release a report based on the analysis sometime on Wednesday, according to The Washington Post.

I was going to say this is f***king insane.

This is MBS being drunk and high on impunity.

Suspicions that Bezos’ digital security had been compromised first arose last January, when the American Media, Inc.-owned National Enquirer allegedly threatened Bezos with blackmail, threatening to publish the personal photos unless Bezos publicly said the tabloid’s coverage of him was not politically motivated.

The Enquirer is owned by American Media Inc. AMI’s former CEO, David Pecker, is a friend and ally of President Donald Trump, who has frequently publicly clashed with Bezos over The Washington Post’s coverage of his administration.

Bezos refused the blackmail attempt, he wrote in a blog post last year, and AMI ran the photos—obtained, the story went at the time, by the brother of Bezos’ girlfriend. Bezos’s team was not convinced. Following an investigation, Gavin de Becker, Bezos’s security chief, publicly accused the Saudi government of hacking his boss’s phone in a Daily Beast article last March.

The Saudis apparently held onto what kompromat they obtained until October 2018, when Khashoggi was killed in Istanbul. The paper’s aggressive coverage soon implicated the Saudi regime—which, in turn, triggered the Saudis to lash out at Bezos, first with online trolls and later with the leaked texts.

According to security expert Iyad el-Baghdadi, who tweeted details about The Guardian’s scoop shortly before it was published, the Saudis “also hacked many others” between May and October of 2018. According to Baghdadi, the link contained Pegasus, a hacking program developed by Israel—a contention that will also be contained in a documentary to be released Friday at Sundance.

1. Jeff Bezos's phone was hacked through his Whatsapp account
2. The exploit came *directly* from MBS's personal phone, a few days after they exchanged numbers
3. The Saudis were in Bezos's phone from May 2018 till February 2019

It’s not known who the Saudis also targeted—but suspicions that it may include members of the Trump administration, if not Trump’s own family, flared up almost immediately.

If this is true, the next question: Who in the Trump administration is MBS trading WhatsApp messages with? Amazon boss Jeff Bezos's phone 'hacked by Saudi crown prince' https://t.co/MktNFGNy80

No doubt Kushner and MBS were on WhatsApp, so MBS probably pulled this same thing on Kushner and got access to his phone and god knows who else. pic.twitter.com/0ykAh8n6Ka 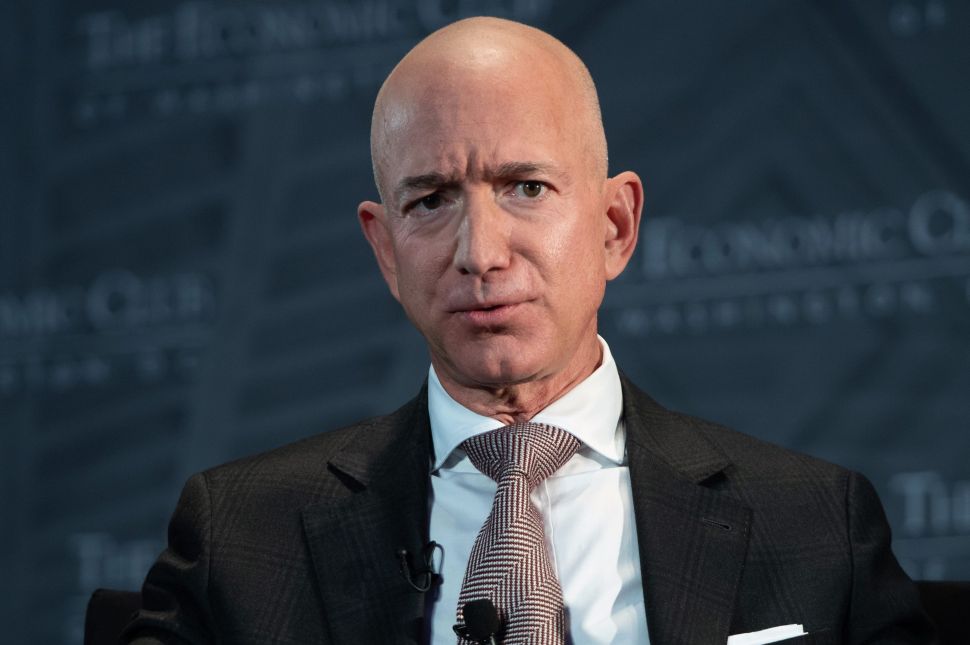