Over the last couple of decades, the internet has made it possible for conversations about every insane topic to occur at any time, making previously inconceivable discourses surrounding Gamergate and furry conventions somehow a reality. Despite all this change, people somehow still feel shy when talking about art, which looms large in the collective imagination as an esoteric, difficult topic that means nothing and everything at once. Well, guess what: everyone is right about that! Art does mean nothing and everything at once, which is why everyone’s unique interpretations of individual art objects are so interesting. Pulitzer Prize-winning New York Magazine critic Jerry Saltz is aware of this, so he recently narrated a video tutorial for Lifehacker entitled “How to Talk About Art Without Sounding Dumb.” It’s delightful!

“Talk about art the way you talk about everything,” Saltz says. “Don’t try to talk like a pointy-headed intellectual academic. Write the way you talk, talk the way you think.” Saltz’s earnest and populist approach to art and criticism is what’s made him so famous and beloved over the years. Whatever level you’re on, Saltz will bring the conversation to you, because what he’s truly interested in is societal engagement with art on the broadest level possible. This makes him perfect for an era in media in which “engagement” is the word on everyone’s lips.

The question remains: why are people afraid to say anything about art? Because they’re afraid of sounding dumb. Saltz proposes that these internal fears shouldn’t need to stick. “Let yourself be the philistine that you are,” he says. “Creativity is a survival mechanism of our species, we would not have survived without it, so trust me, trust yourself, it’s there. Let’s hear your stupid thoughts, then I’ll share mine, then we’ll gore each other to death.”

If you’re a true artistic novice in search of the teeniest concrete tip, Saltz has got you covered in these terms too: look for something recognizable and explain what it seems like to you. “Everything is a little bit figurative, even when it seems like it’s not,” he winks. “It’s in there.” 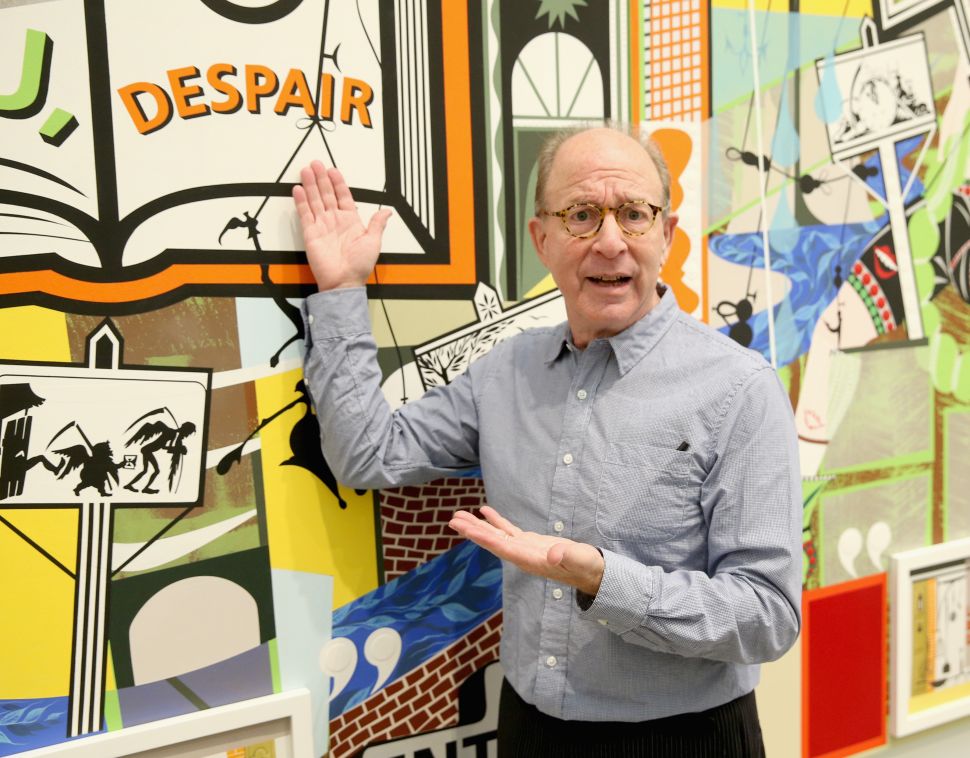