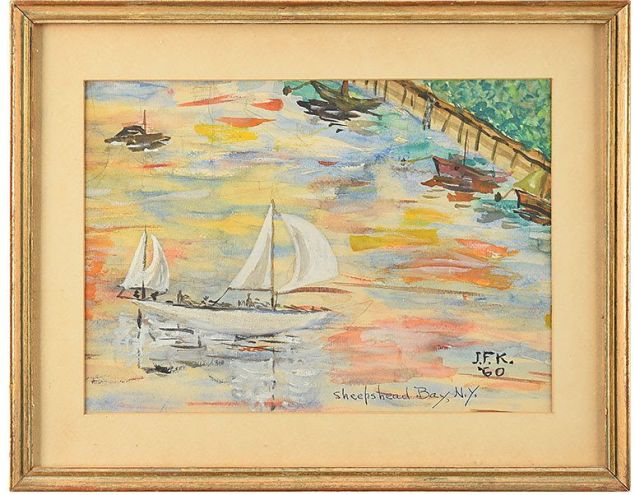 A watercolor and gouache made by JFK in 1960. RR Auctions

Even before he was assassinated and his image and life story became permanently etched upon the collective imagination, the 35th president, John F. Kennedy, had already made an impression on the American people with his administration’s tangles with the Soviet Union and the disastrous Bay of Pigs invasion. Perhaps few others in the 20th century could boast of a stint in office that was as eventful as Kennedy’s, which is perhaps why memorabilia affiliated with him has accumulated such lasting, aesthetic staying power. Today, the Boston-based auction house RR Auction is putting up for sale a complete collection of Kennedy memorabilia compiled by collector Ronnie Paloger. Paloger’s efforts are dizzyingly comprehensive: the items on the block include everything from Kennedy’s 1931 Choate School French textbook to striped neckties worn by the president that come with their own embossed leather travel cases.

Arguably the most interesting items, however, are the paintings made by Kennedy: the original artworks have never been seen by the public before or exhibited because they were a gift from Kennedy to a friend in Beverly Hills, California. JFK loved sailing and boating on the open water, and the paintings, which depict Sheepshead Bay, New York, and the Marine Parkway Bridge, offer pastel-saturated glimpses of Kennedy’s inner life and artistic technique. His renderings of water are filled with more pinks and yellows than blues, suggesting that perhaps the former president was painting during a brilliant sunset. Other extraordinary items in the collection include a series of intimate photos of the Kennedy family enjoying themselves on Cape Cod, and JFK’s actual back brace, which he wore often due to debilitating pain.

A watercolor and gouache made by JFK in 1960. RR Auctions

Paloger and RR Auctions are hoping that potential buyers will put in bids for the entire collection between Friday, January 17 and January 23; and have set a minimum price of $1.5 million dollars to take the whole lot. Only after this window will the auction house allow the collection’s items to be broken up and sold one by one, because they feel that it’s best passed along as a cohesive whole. 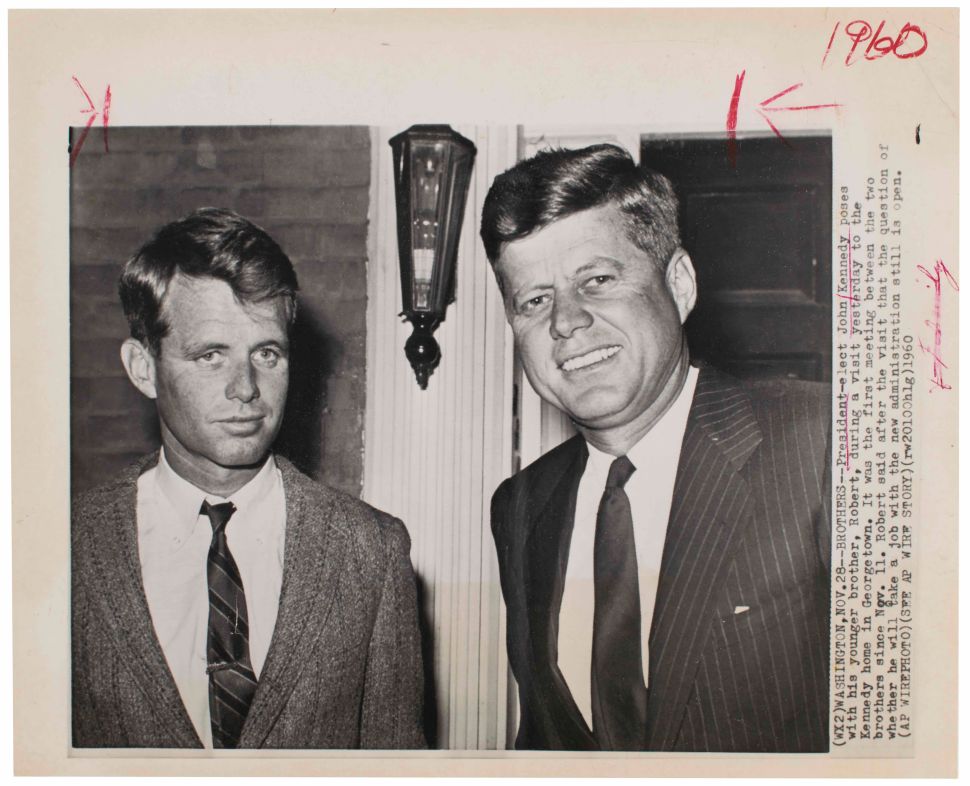