Within the context of an ultra-modern 21st century that’s increasingly aware of the cultural dominance of white male authors and intent upon dismantling this hegemony, John Steinbeck epitomizes the figure of the 20th century Great American Novelist. He was a profuse chronicler of this country’s underclass and a sprawlingly observant study of human characteristics, and he also based his most evil character, Cathy Ames, upon his ex-wife, a former nightclub singer named Gwyn Conger. Based on recent evidence, it’s also clear that Steinbeck was a fan of deeply weird knickknacks: on February 27, the author’s birthday, a great deal of items formerly owned by the writer of East of Eden will go up for sale under the outfit Curated Estates, which obtained the objects via Steinbeck’s descendants.

SEE ALSO: Meme Artwork from the Bygone ‘Something Awful’ Forum Era Sold on eBay for $5,100

Many of the belongings that will be going up for auction feel typical to prolific writers: letters, autographed books and photographs are all among Steinbeck’s collection. Elaine Steinbeck, the author’s third wife, had kept all of these items secure within her estate. However, Steinbeck was also an eccentric who had an affinity for weird home decor. The author held onto a lock of his own hair from when he was a baby, a tiny coffin containing a hummingbird wrapped in multicolored string that was made for him by a witch doctor in Mexico, and a trash basket made out of an elephant’s foot. (Clearly, the author was no staunch conservationist). However, Steinbeck was also in possession of a society invitation that spoke to his influence and popularity: a telegram from John F. Kennedy, inviting him to attend the latter’s 1961 Presidential inauguration.

If you’re the type of Steinbeck super-fan who relished his anti-capitalist critiques and swam joyfully through his literary descriptions of everything from tough farm life to cold-blooded murder, perhaps purchasing one of his possessions at the Curated Estates auction would bring you joy. However, Steinbeck himself probably wouldn’t feel that owning a bit of his legacy was necessary in order to feel close to him: as with all great writers, the most valuable thing he left behind when he died was his prose. 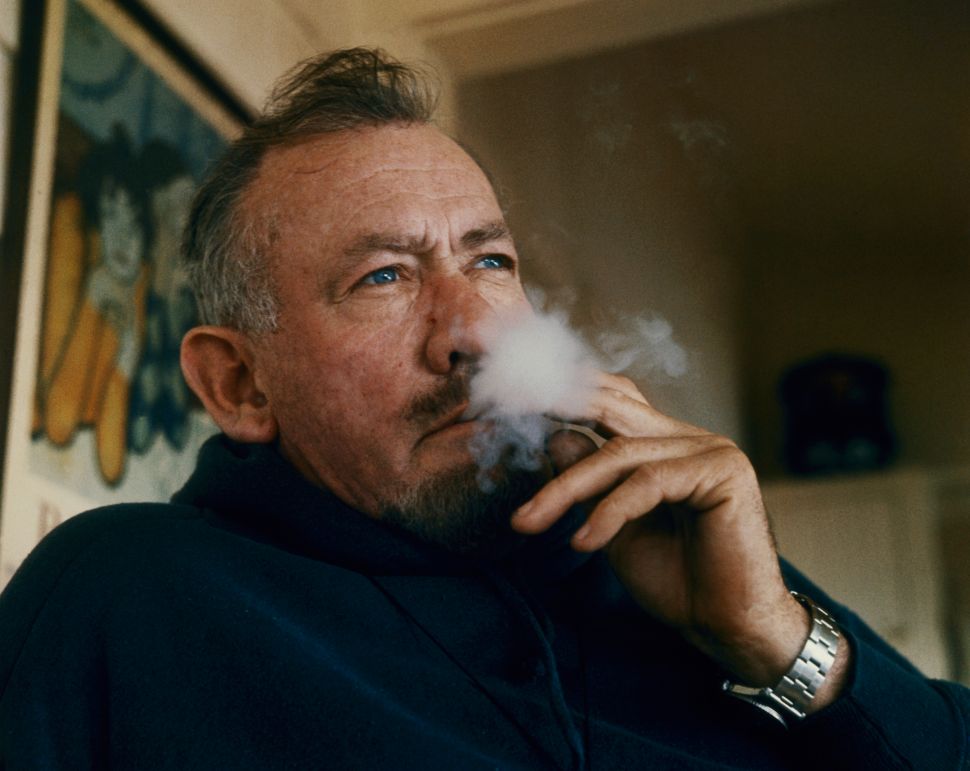