BTS, or the Bangtan Boys, could be considered one of the most explosively famous musical acts in the world: in 2018, they became the first South Korean band in history to have an album kick off at number one on the United States Billboard 200 Chart, and they’ve also launched sold-out world tours and expertly worked their way into the hearts of scores of fans all around the globe. As of this week, the K-Pop superstars are expanding their reach as international tastemakers and heartthrobs with a new initiative called “Connect, BTS,” which is a worldwide public art project that will involve five different major cities (Berlin, Buenos Aires, Seoul, New York and London) as well as a number of big name contemporary artists.

This initiative involves partnering with a number of different institutions all around the world in order to bring free, public and interdisciplinary art to anyone interested in viewing it. As part of the project, London’s Serpentine Galleries will be showcasing a work of digital simulation art made by Jakob Kudsk Steensen, and in New York, the British sculptor Antony Gormley will be debuting an installation in Brooklyn Bridge Park that will apparently feature a considerable amount of aluminum tubing. Other artists involved include Tomás Saraceno, Yiyun Kang and Ann Veronica Janssens. All the contributions were organized by the Korean curator Daehyung Lee.

Why is BTS doing this? A statement on their website makes this a bit more clear. “This project aims to redefine the relationships between art and music, the material and immaterial, artists and their audiences, artists and artists, theory and practice,” it reads. “Connect, BTS reaches for a collective experience that might be only the beginning of new communication between art, music and people.” During a time in which pop music super-fans are increasingly desperate to dissolve the space between themselves and the objects of their adulation, this initiative makes a lot of sense. 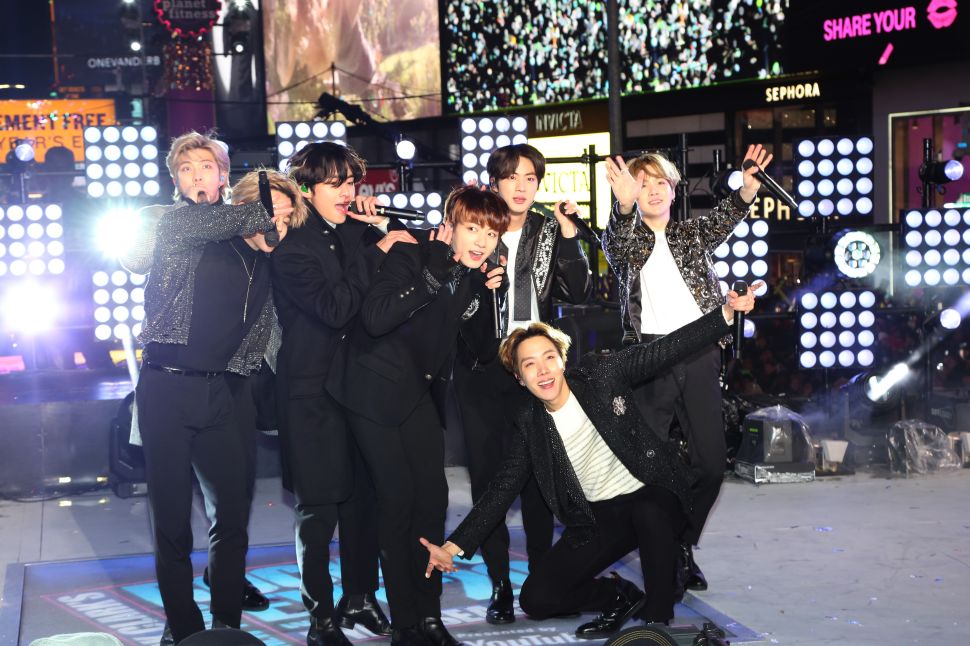