On Sunday, the quality of the air seemed to shift as people took in the sudden, tragic news: NBA legend Kobe Bryant, his thirteen-year-old daughter Gianna and seven other people were killed instantly in a helicopter accident in Calabasas, California. This week, in order to reflect upon the basketball superstar’s legacy, the Smithsonian National Portrait Gallery in Washington, D.C. put a picture of Bryant on view by the photographer Rick Chapman that was taken in 2007. In the black-and-white shot, which has been erected as part of a special “In Memoriam” museum display, Bryant gazes pensively into the middle distance.

As news of Bryant’s death spread, grief and debate instantly spilled over online as cities collectively mourned the loss and contemplated how to best honor the basketball star. Many drew attention to Bryant’s 2003 sexual assault charge, highlighting the challenge of diluting one man’s life in the public eye down into something palatable. Bryant was photographed countless times both on the court and off, but in Chapman’s particular image, the tumult of Bryant’s life seems close by, but unable to touch him. He’s clothed in a robe that’s been modified so that his right arm is exposed, a styling decision that mirrors the emotional semi-exposure conveyed by his facial expression.

SEE ALSO: The Museum of Chinese in America Plans to Move Forward After Fire Destroys 85,000 Objects

“The robe’s right sleeve has been removed to reveal a large, two-part tattoo dedicated to Bryant’s wife, Vanessa,” Gwendolyn DuBois Shaw, a senior historian at the National Portrait Gallery, told CNN. “The tattoo combines her name, framed by a crown decorated with butterflies, and the inscription ‘Psalm XXVII,’ which begins, ‘The Lord is my light and my salvation; whom shall I fear?'”

Bryant and his wife were also founding donors for the Smithsonian’s National Museum of African American History & Culture, which currently displays his 2008 NBA Finals uniform. Chapman’s photograph can be seen on the first floor of the National Portrait Gallery, and will remain on view until further notice. 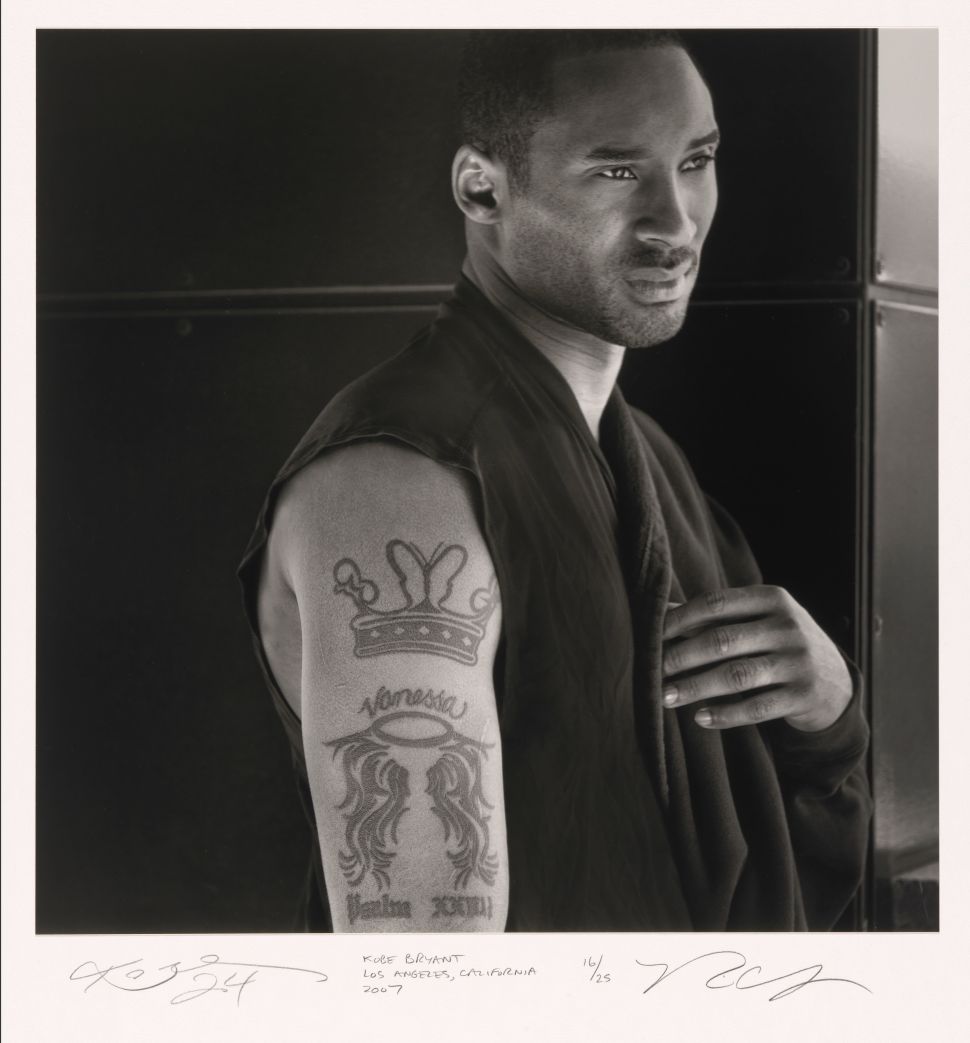