Earlier this week, the federal Centers for Disease Control and Prevention (CDC) released a new study on “vape-related lung injury,” the still-mysterious, still not fully explained or understood outbreak of deaths and serious breathing ailments among Americans who reported using vaping products.

To date, at least 57 people have died and more than 2,600 have fallen ill—some seriously enough to require ventilation at a hospital—since the problem first arose in the middle of last year.

While no one culprit or vector has been identified, by now, conventional wisdom among public-health is that cannabis products are to blame. This seems hard to dispute. Eighty-two percent of 1,979 patients surveyed in three states said they used some type of cannabis product, according to the data released Tuesday.

The CDC pointed most of the blame towards illicit products, but not all of it. And lo, that’s what made the news. Another 131 patients, out of a cohort of 809 patients based in Illinois, Wisconsin and Utah, reported obtaining their dangerous vapes from “commercial sources”—a revelation that both certain news outlets, as well as anti-legalization zealots, interpreted to mean that legal recreational dispensaries started, sometime in the last year, selling products that might kill their customers.

If true, this would implicate something other than vitamin E acetate, the thickening agent added to underground-market vapes to dilute THC oil and thus create more (albeit weaker) product. It would implicate legalization itself—and it would at last vindicate the mendacious anti-legalization zealots who have been insisting for months, without any supporting data, that THC oil itself pushed by “Big Marijuana” is to blame (and not, say, bad additives in underground markets, or some mechanical or chemical process in the vaporizer battery or in the plastic tanks, or something else).

Did you know 8+ states have had EVALI cases resulting from "legal" marijuana shops? Get all the latest facts on our #PotVapingCrisis page: https://t.co/JLSl2t1UgF

Except it’s (still) not true.

Keep in mind that until January 1, recreational cannabis is not legal in any of those three states. As of January 1, there were cannabis dispensaries in Illinois, but there remain none in Wisconsin nor Utah.

The CDC defines a “commercial source” as “recreational dispensaries, medical dispensaries, or both; vape or smoke shops; stores; and pop-up shops.” You can’t buy THC oil at a vape shop, a smoke shop, a store or a pop-up shop—at least not legally. Yet, here’s a typical headline, this one in USA Today: “One-sixth of vaping lung illnesses linked to legally purchased THC,” as the newspaper reported January 14. “At least eight states have reported lung illnesses linked to legal THC cartridges,” the paper added (but did not name any of the eight states).

It doesn’t take much effort beyond actually reading the CDC report to figure out what’s actually going on. “Commercial sources,” as used by the CDC, is a catch-all term that does not mean “legal dispensaries,” but will be quickly, willfully and cynically misinterpreted as such, if it means finally finding a leg for a wobbly hobby horse to (briefly, weakly) stand on.

About those eight states—as cannabis regulators confirmed to Observer on Thursday, the nation’s largest and oldest cannabis market—California—still has yet to record a single case of vape-related lung injury tied to a legal cannabis store.

Lori Ajax, chief of the state’s Bureau of Cannabis Control, told the California Cannabis Industry Association as much during an event earlier this week, agency spokesman Alex Traverso confirmed to Observer.

And public health officials in San Francisco, one of the very oldest legal cannabis marketplaces anywhere, where THC oil cartridges have been sold in some form since as early as 2014, have previously said that they have recorded exactly zero cases of vape-related lung injury.

This data would seem to point, as it has before, to the underground marketplace—to states that have not legalized cannabis, or to black-market retailers undercutting the legal market in legal states. This, in turn, would suggest that the solution to dangerous bathtub gin-like products would be lab-tested, legal products.

It’s also necessary to point out that the CDC’s definition of a “commercial source” would also include illegal sources in states where cannabis is legal. It’s not legal to buy any cannabis product at a pop-up shop in California. And indeed, California’s cannabis regulators seized as many as 10,000 illegal vape pens from unlicensed stores over a two-day period in December, as USA Today did report.

“It would be helpful if the CDC were to discriminate between legal products that have undergone state testing, and illegal products that have not,” as Dale Gieringer, executive director of California NORML (National Organization for Reform of Marijuana Laws), wrote on Wednesday. “All of the evidence points to the conclusion that it is the latter which are the source of the problem.”

When federal health officials are vague like this, it creates unnecessary confusion among the public and the media—and also provides a prime opportunity for the unscrupulous and disingenuous to use that confusion to their advantage, at the expense of public health and knowledge. 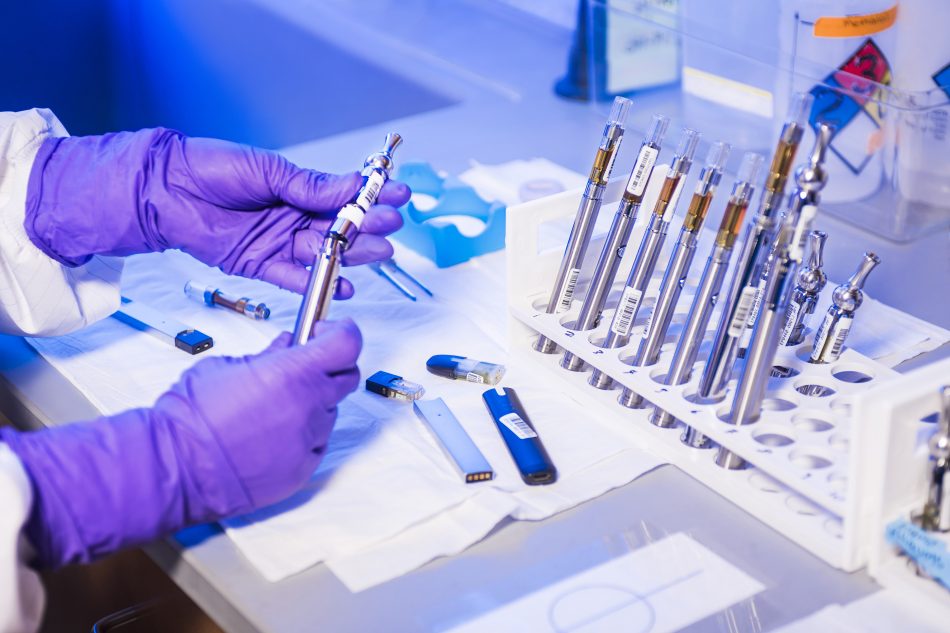