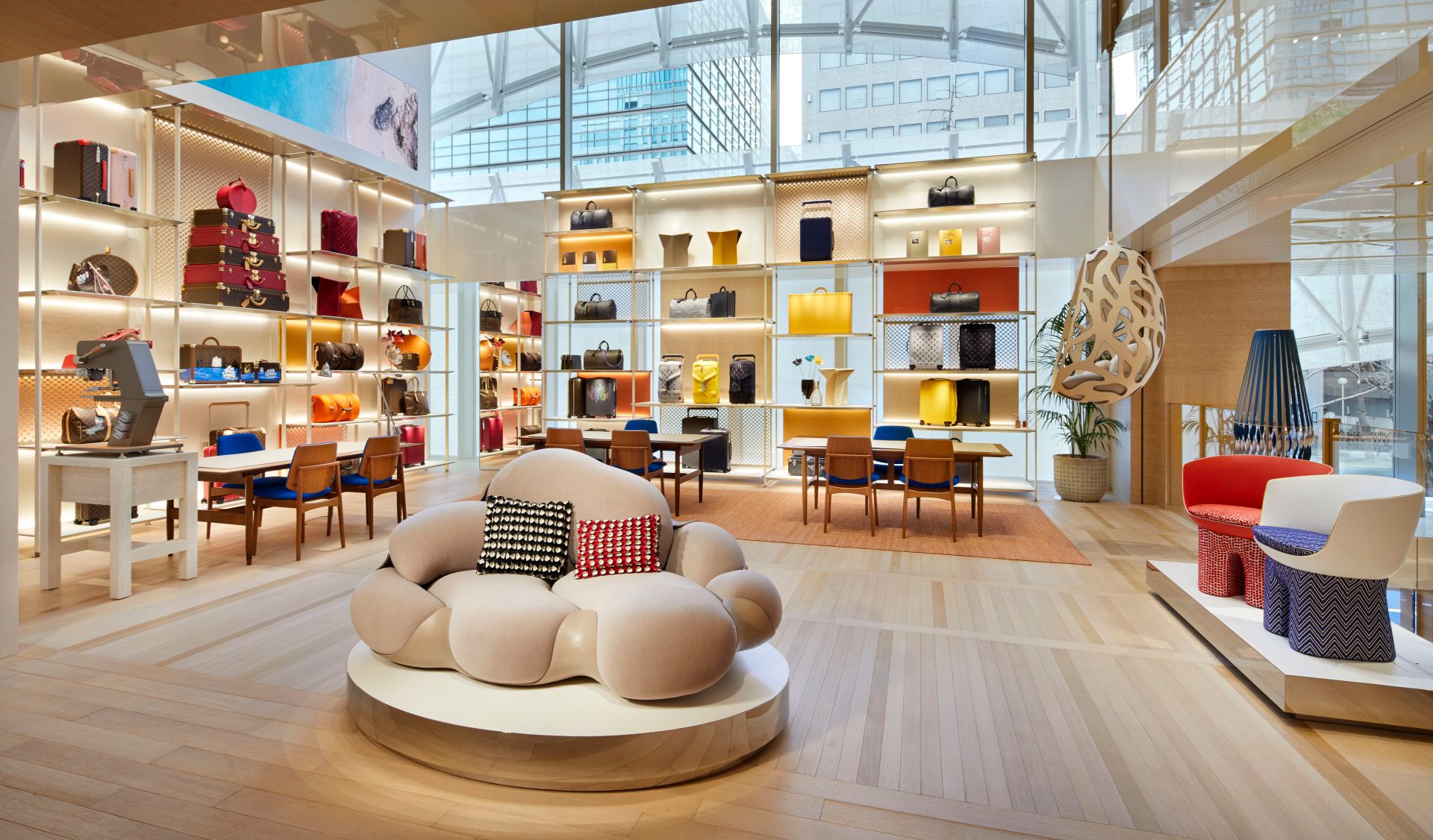 Louis Vuitton is opening its first-ever restaurant and café at its new Osaka store. Scroll through to peek inside.
Courtesy Louis Vuitton 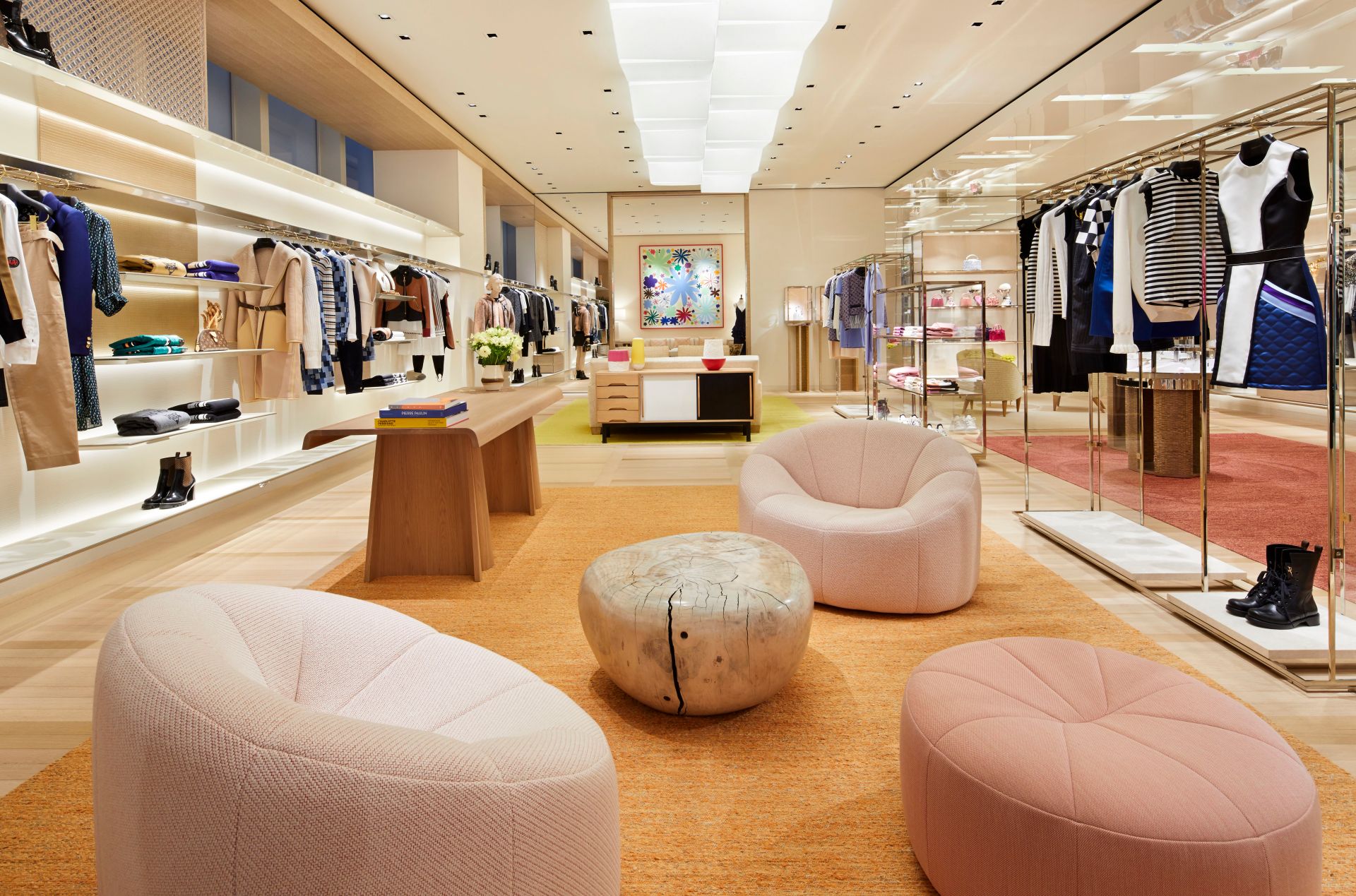 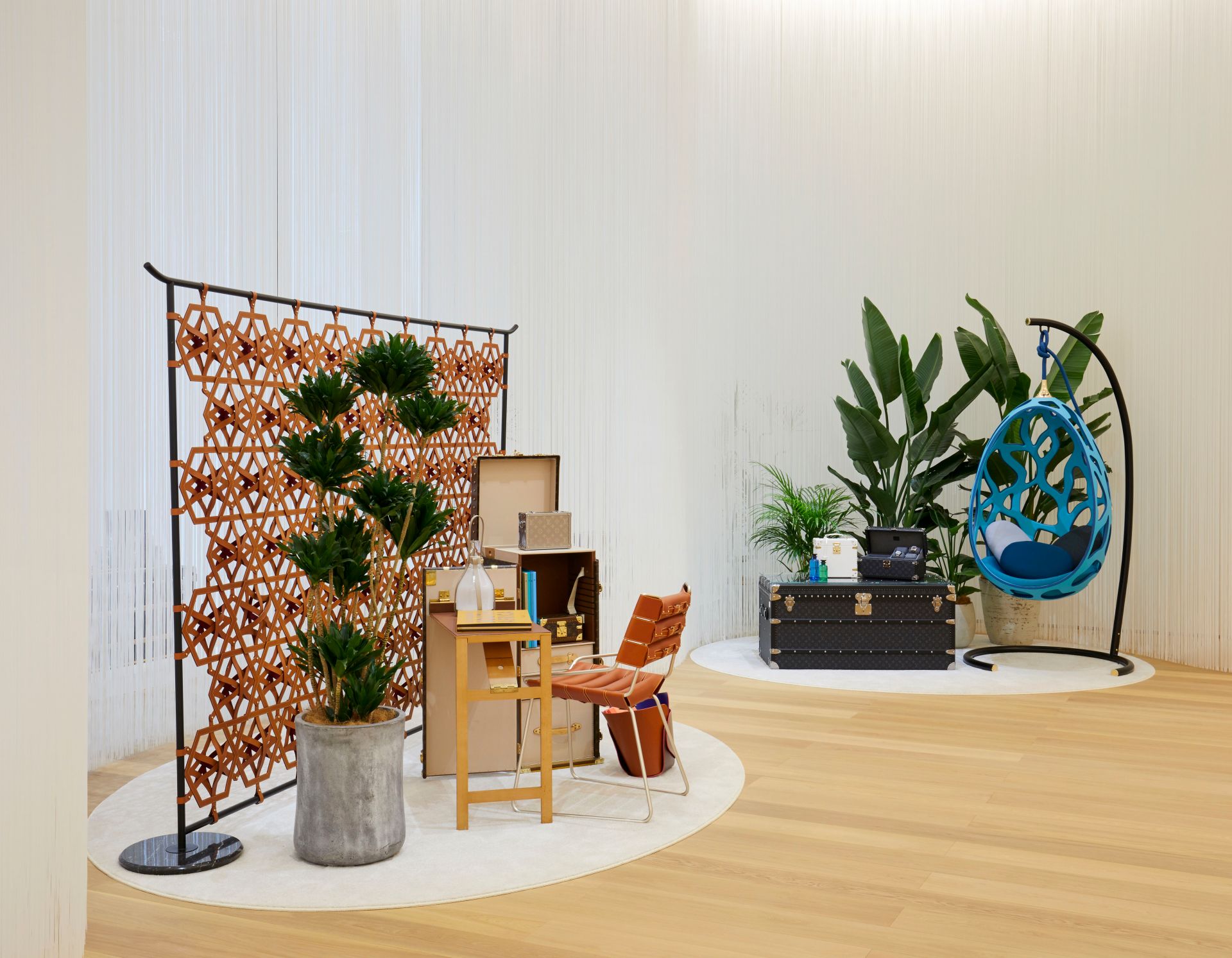 Jun Aoki and Peter Marino worked together on the design.
Courtesy Louis Vuitton 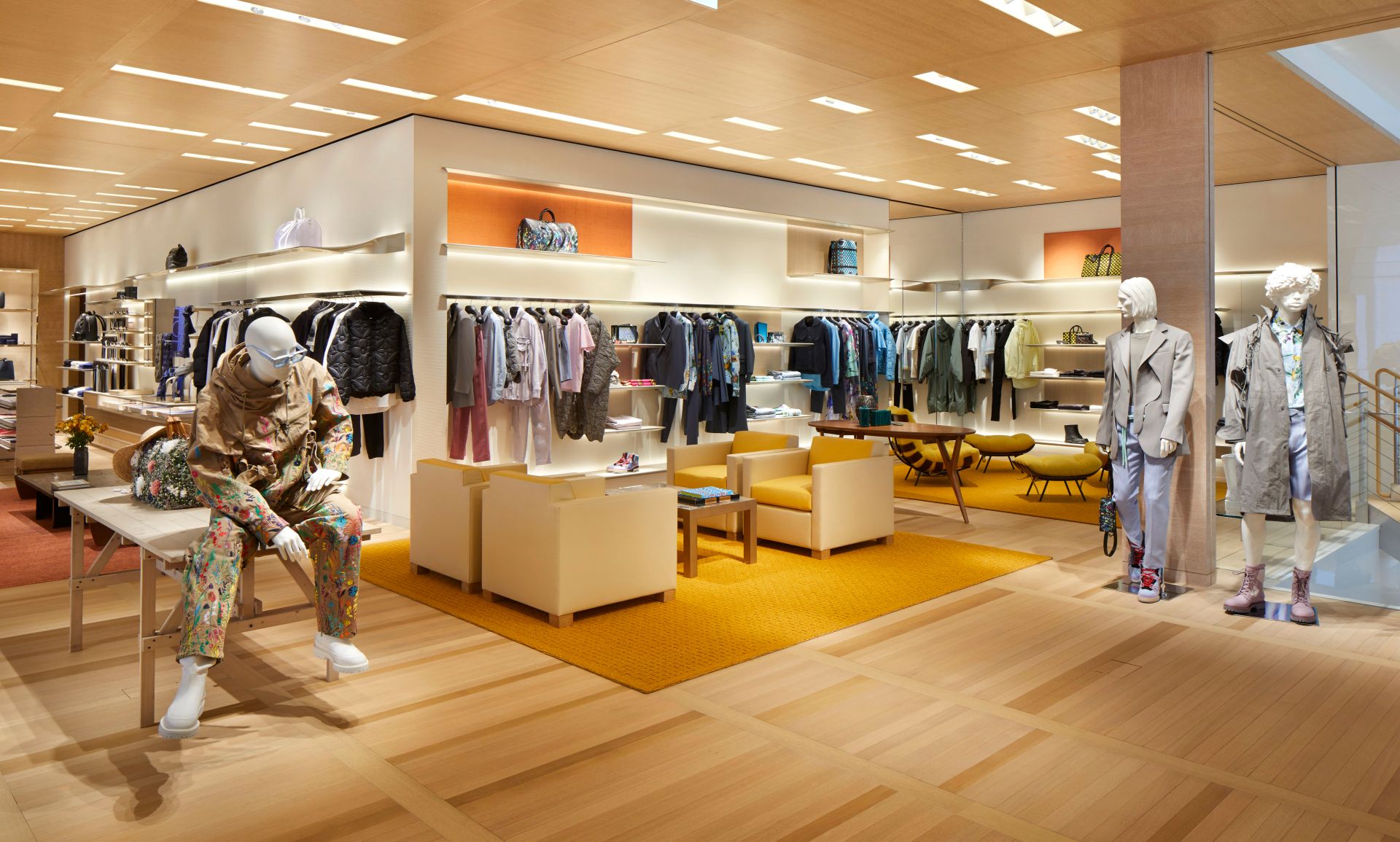 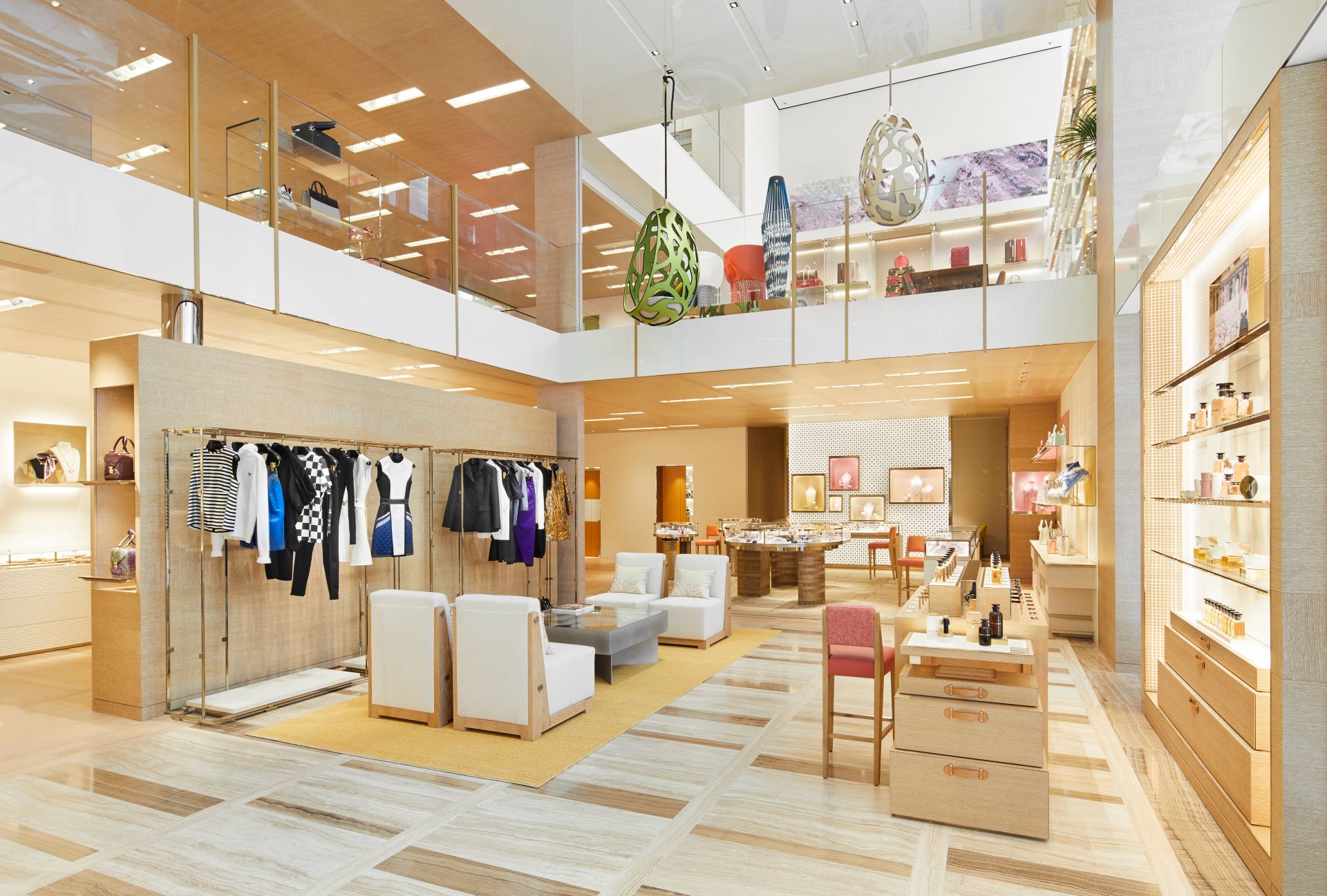 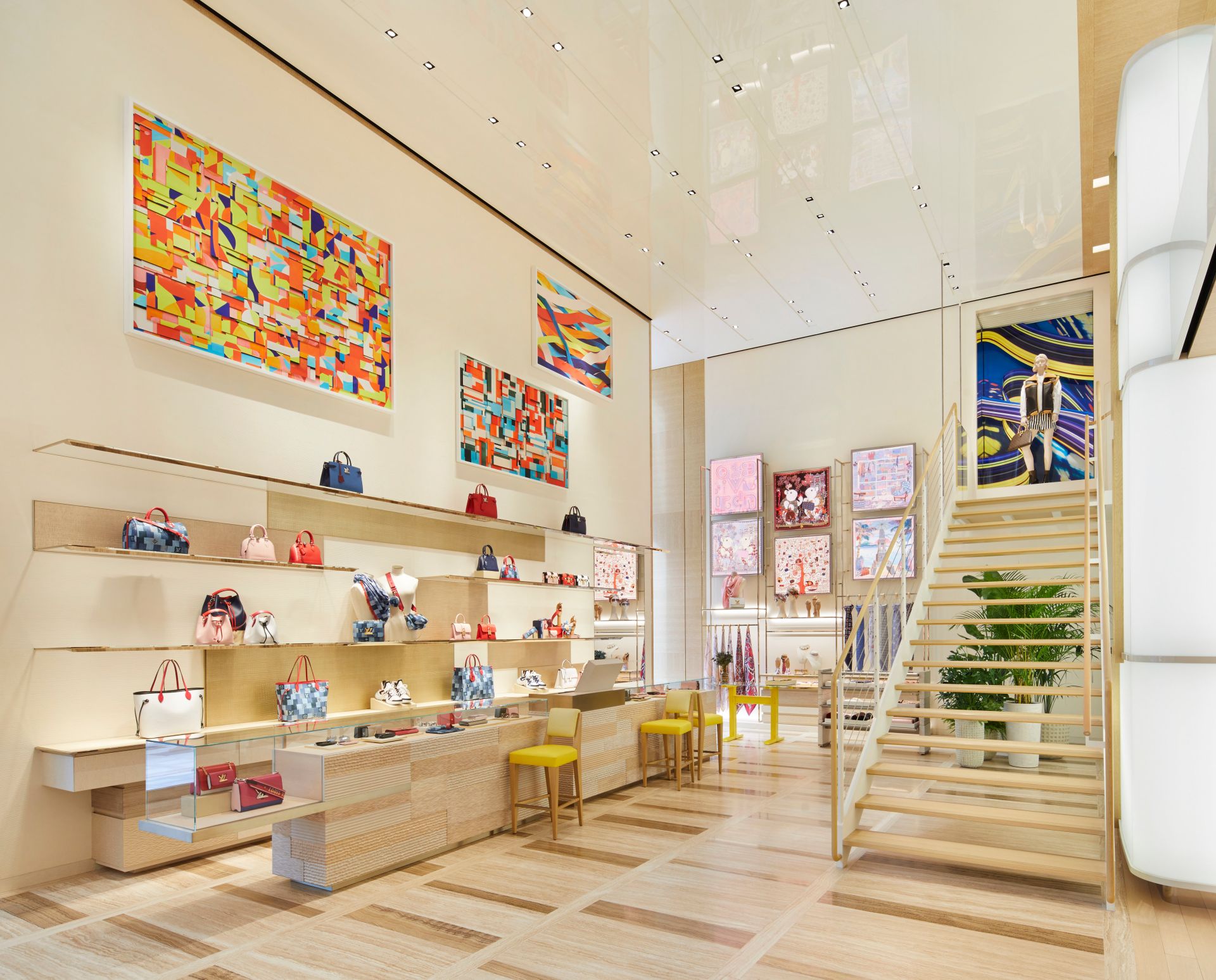 The wooden floors and pillars are meant to resemble a yacht.
Courtesy Louis Vuitton 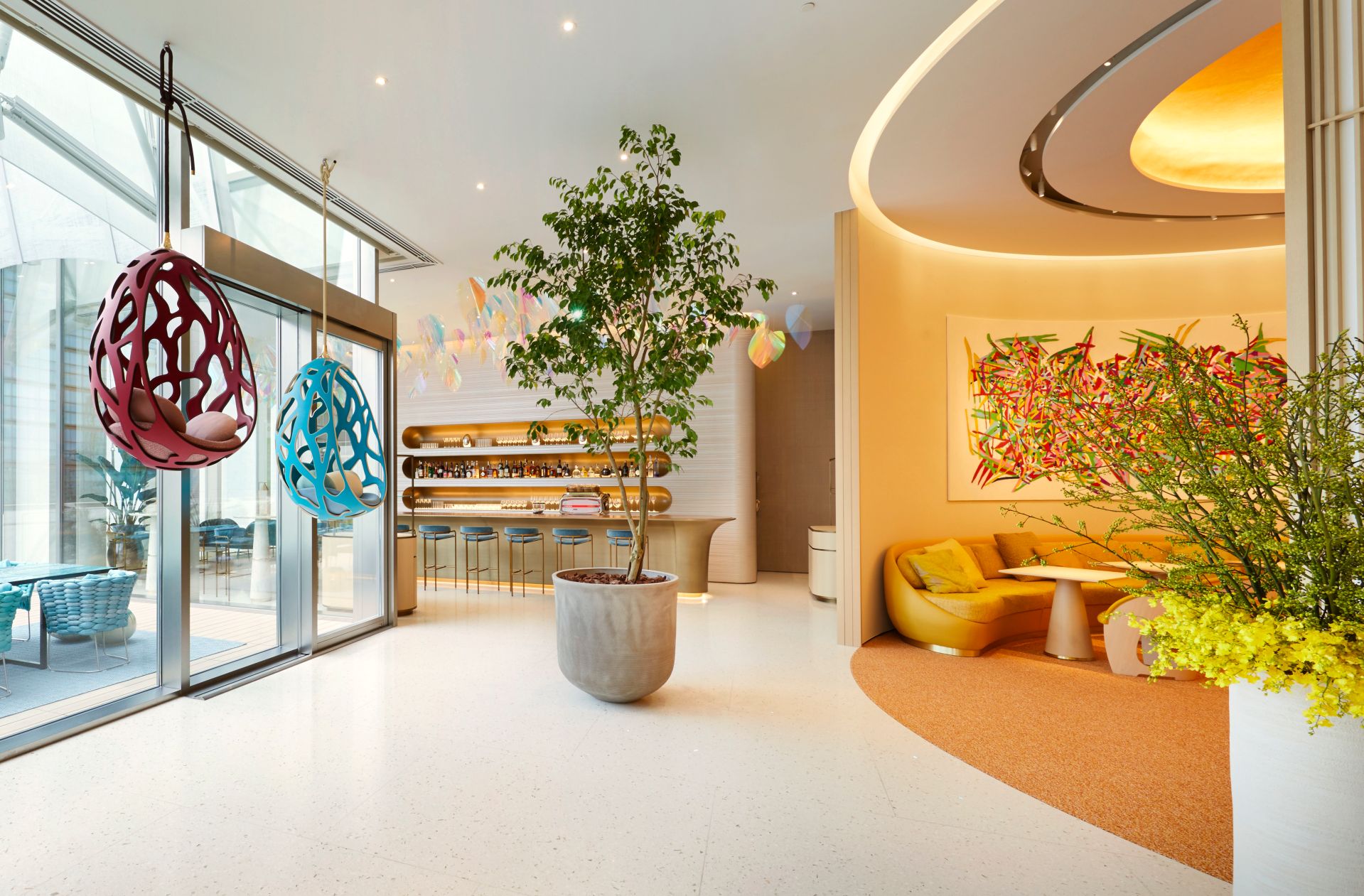 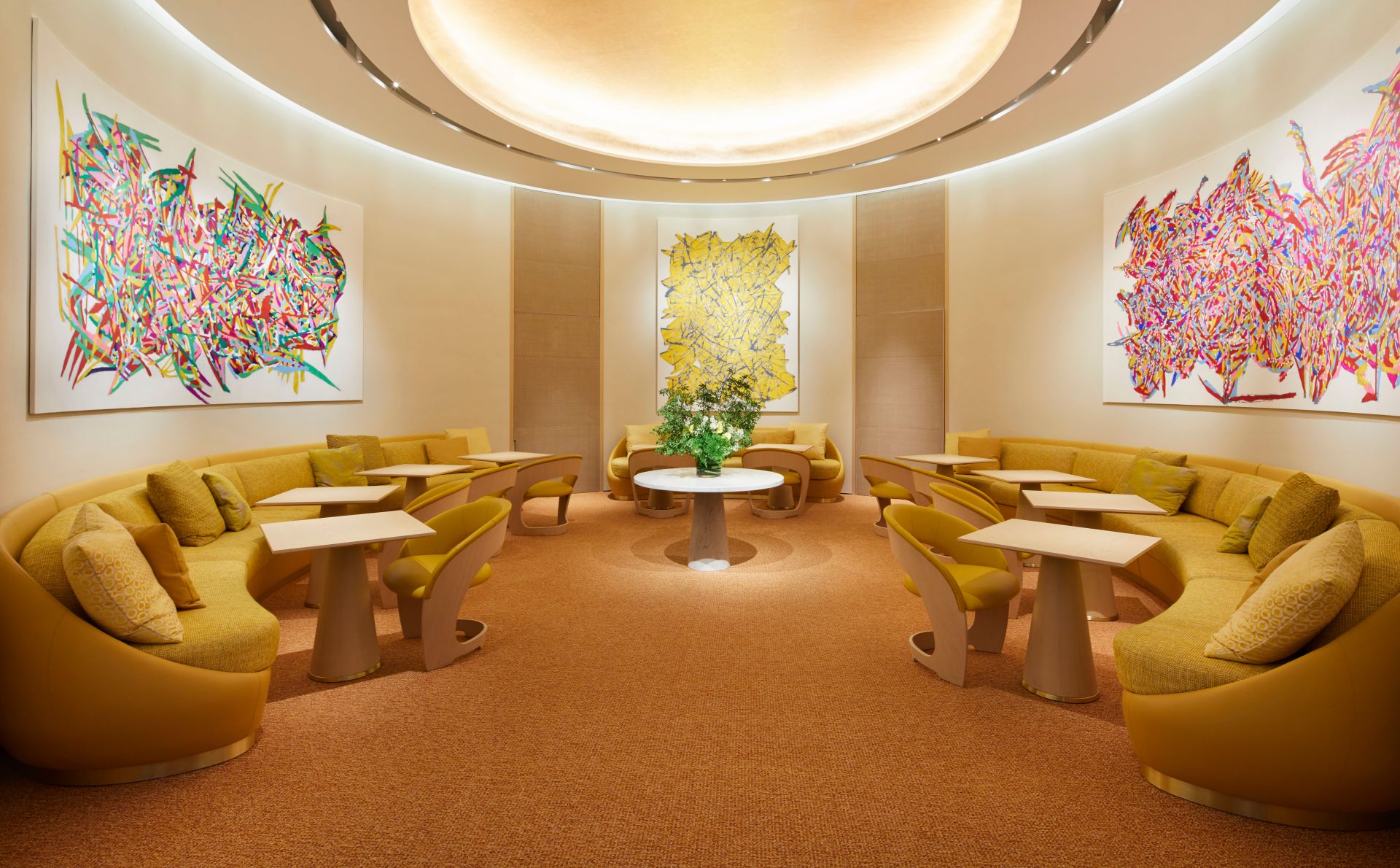 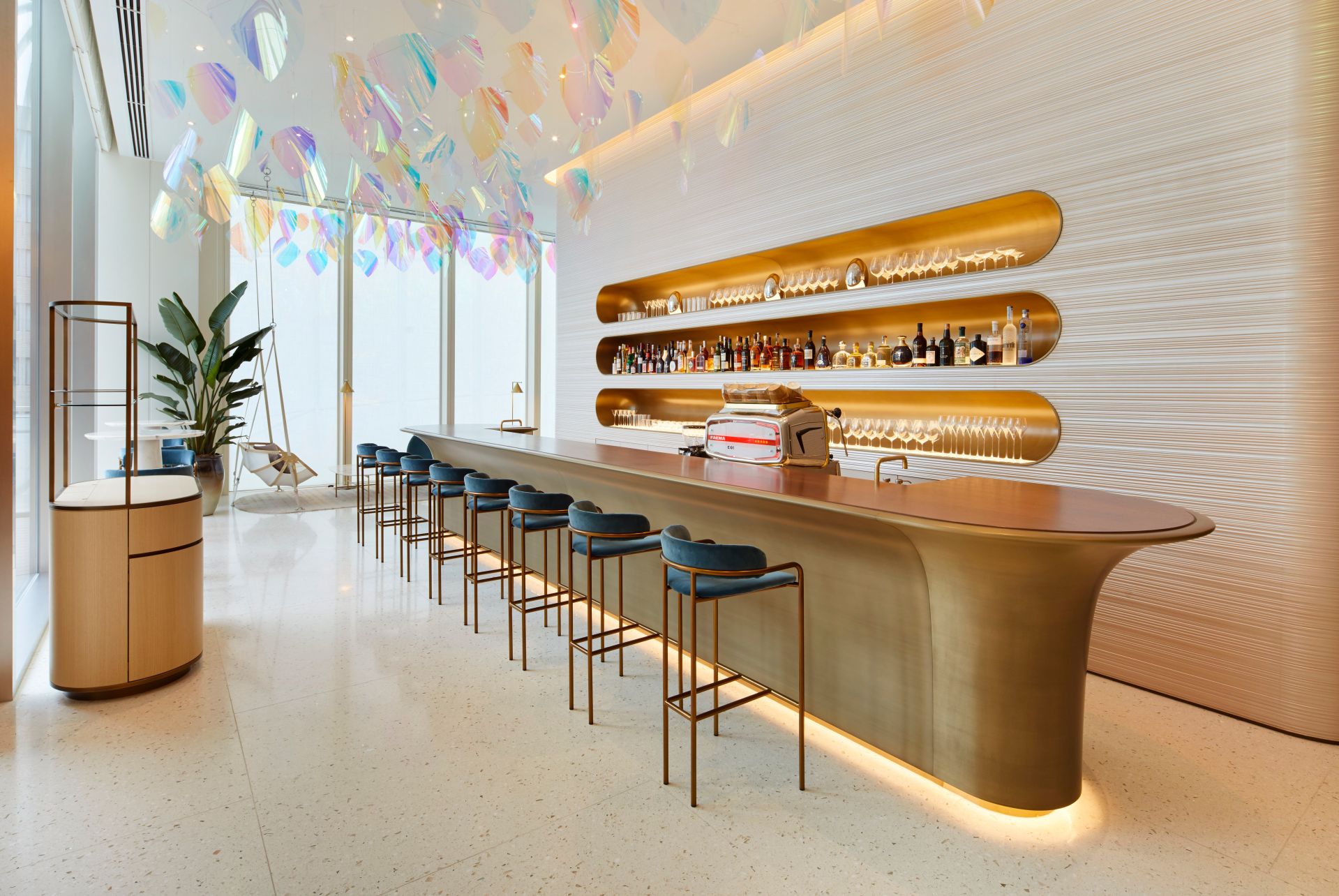 A speakeasy-style door by the bar leads to another eatery.
Courtesy Louis Vuitton 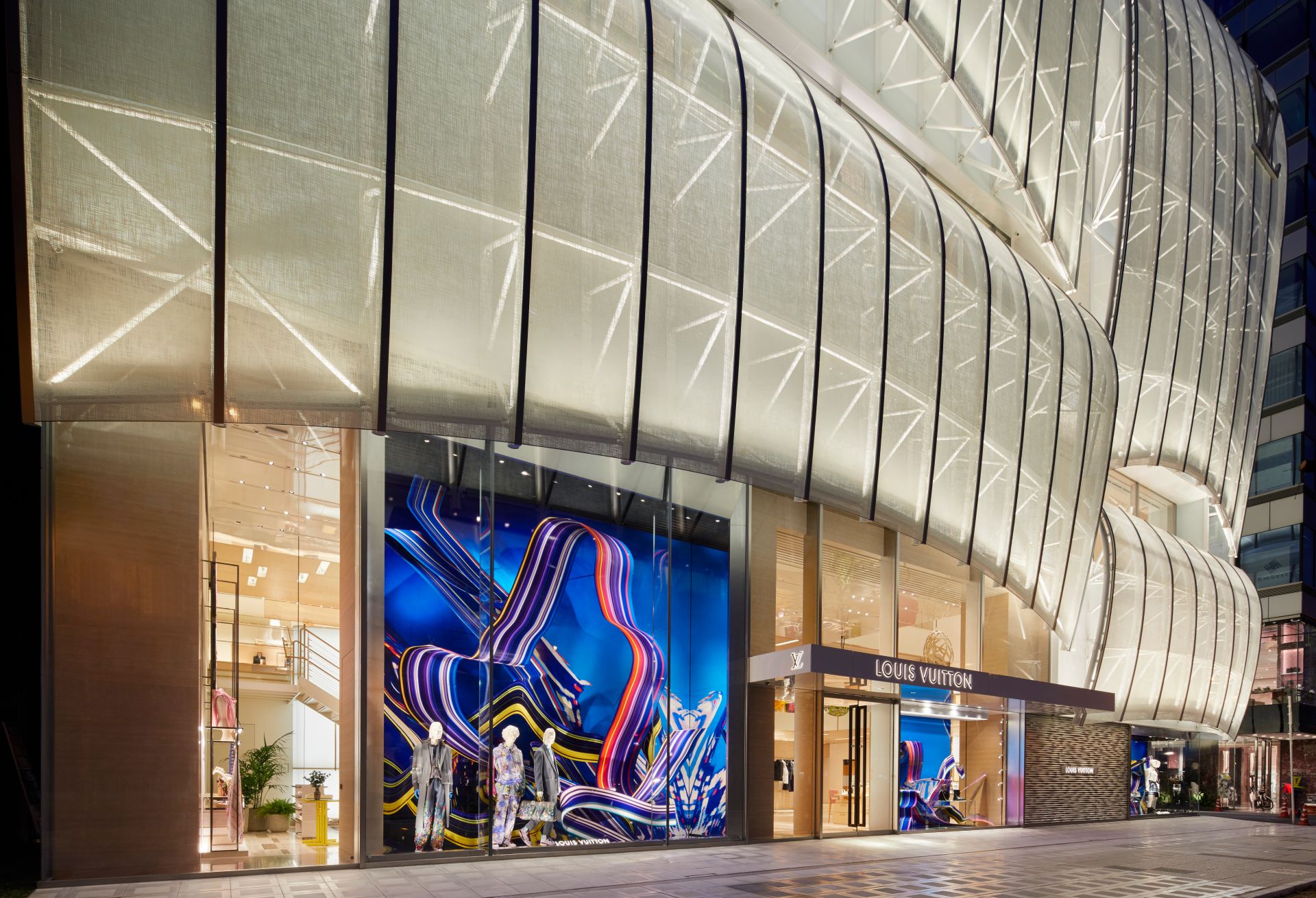 The exterior is meant to resemble a ship on the water.
Courtesy Louis Vuitton
Advertisement 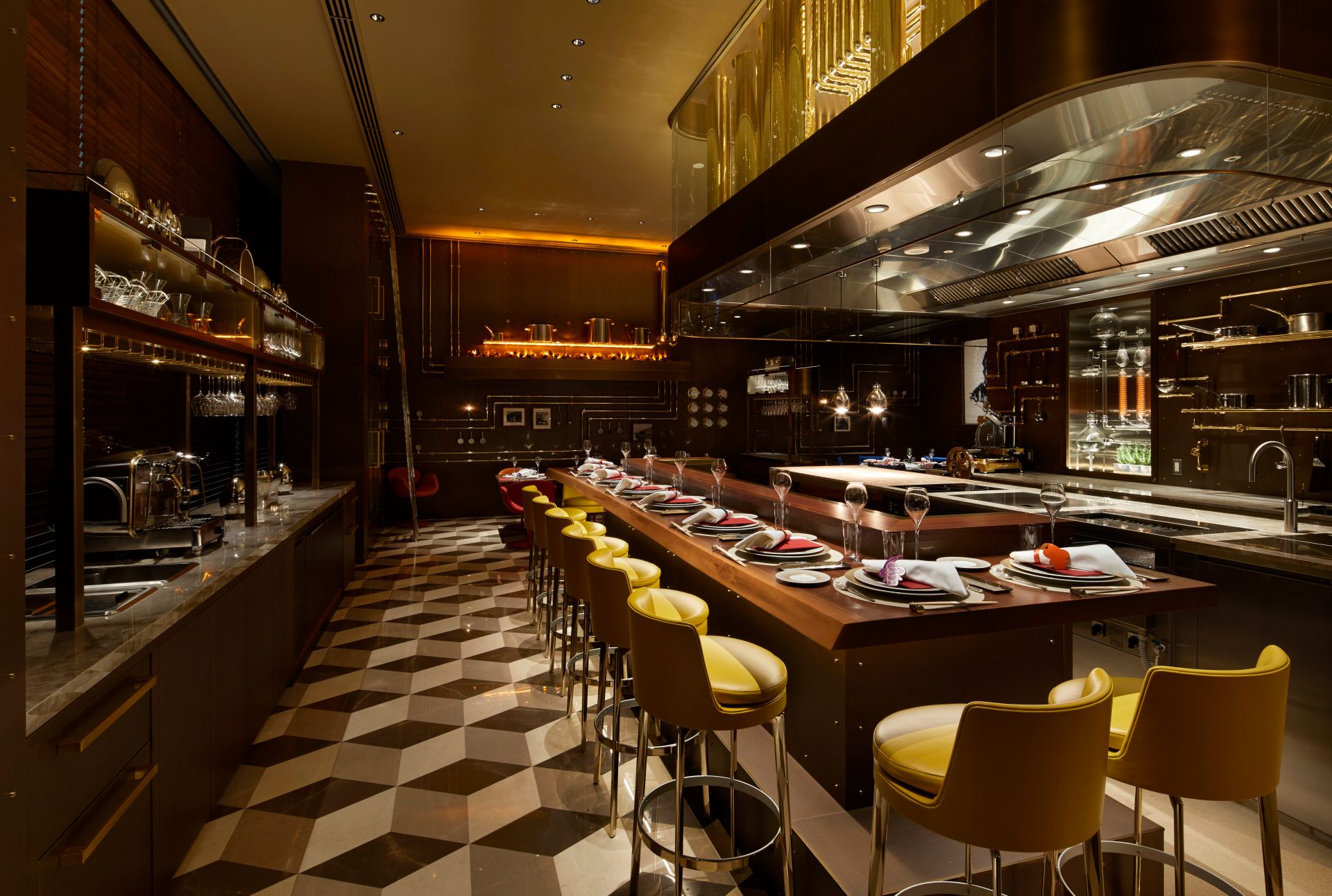 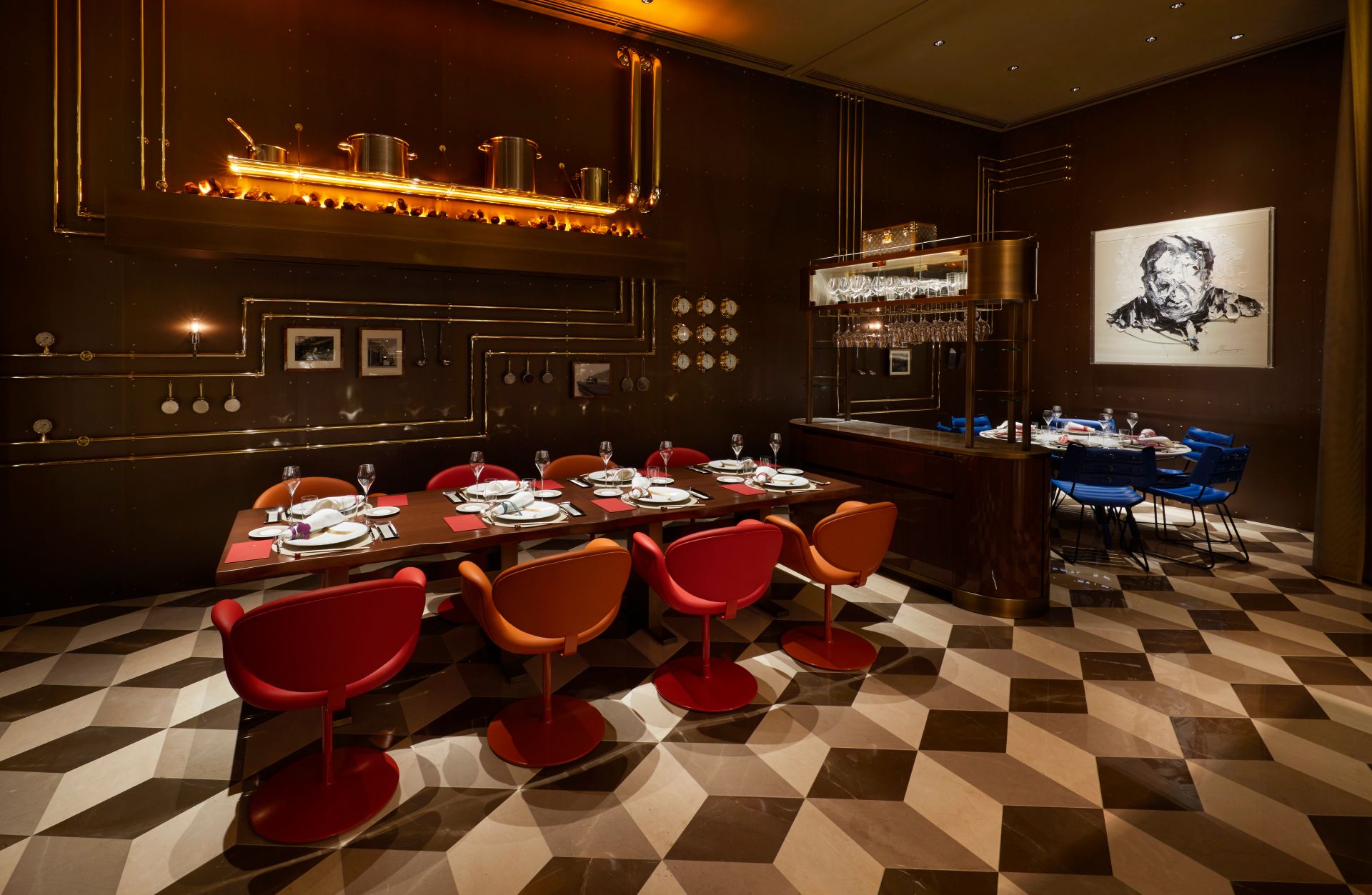 Only a few guests are seated each night.
Courtesy Louis Vuitton 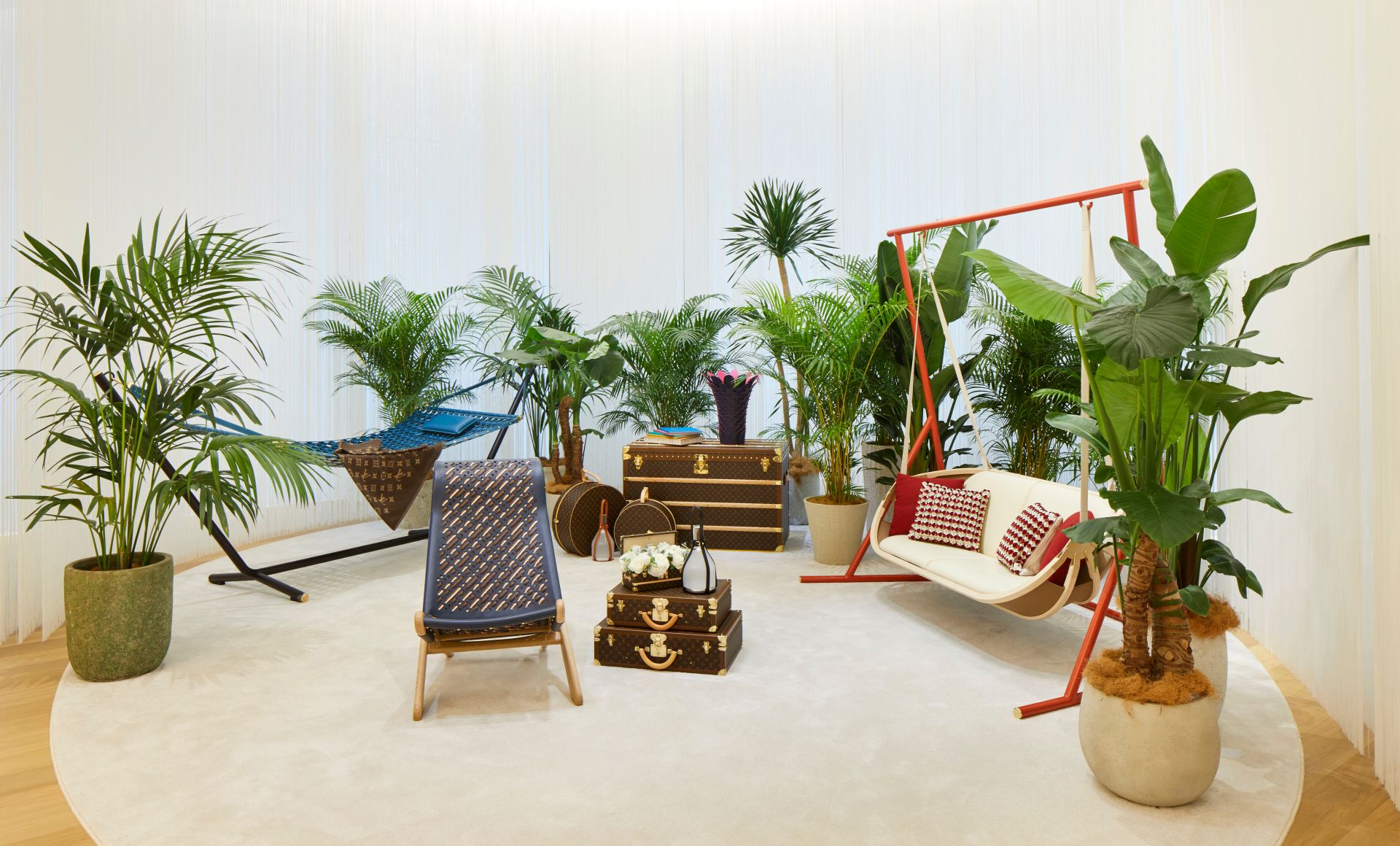 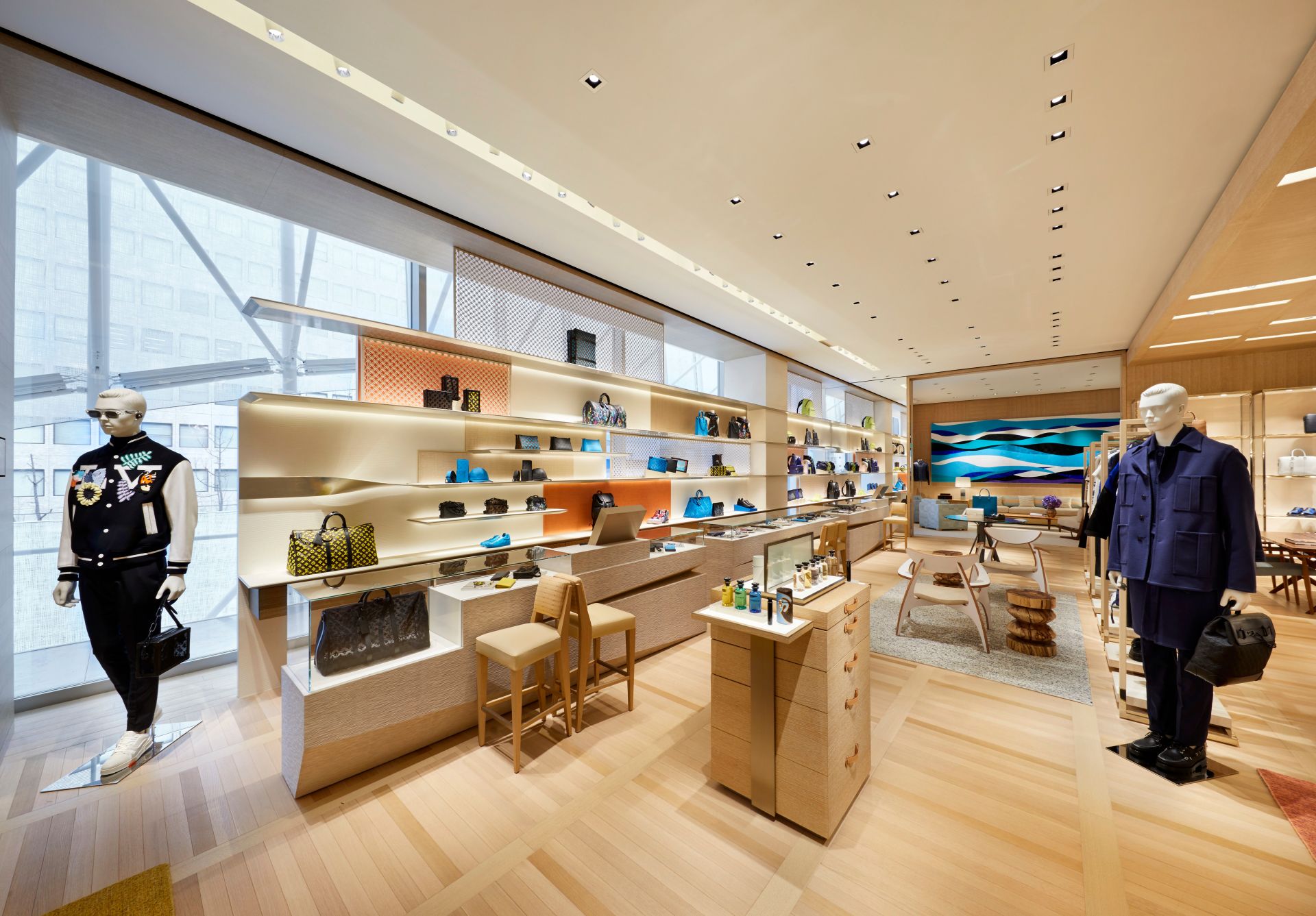 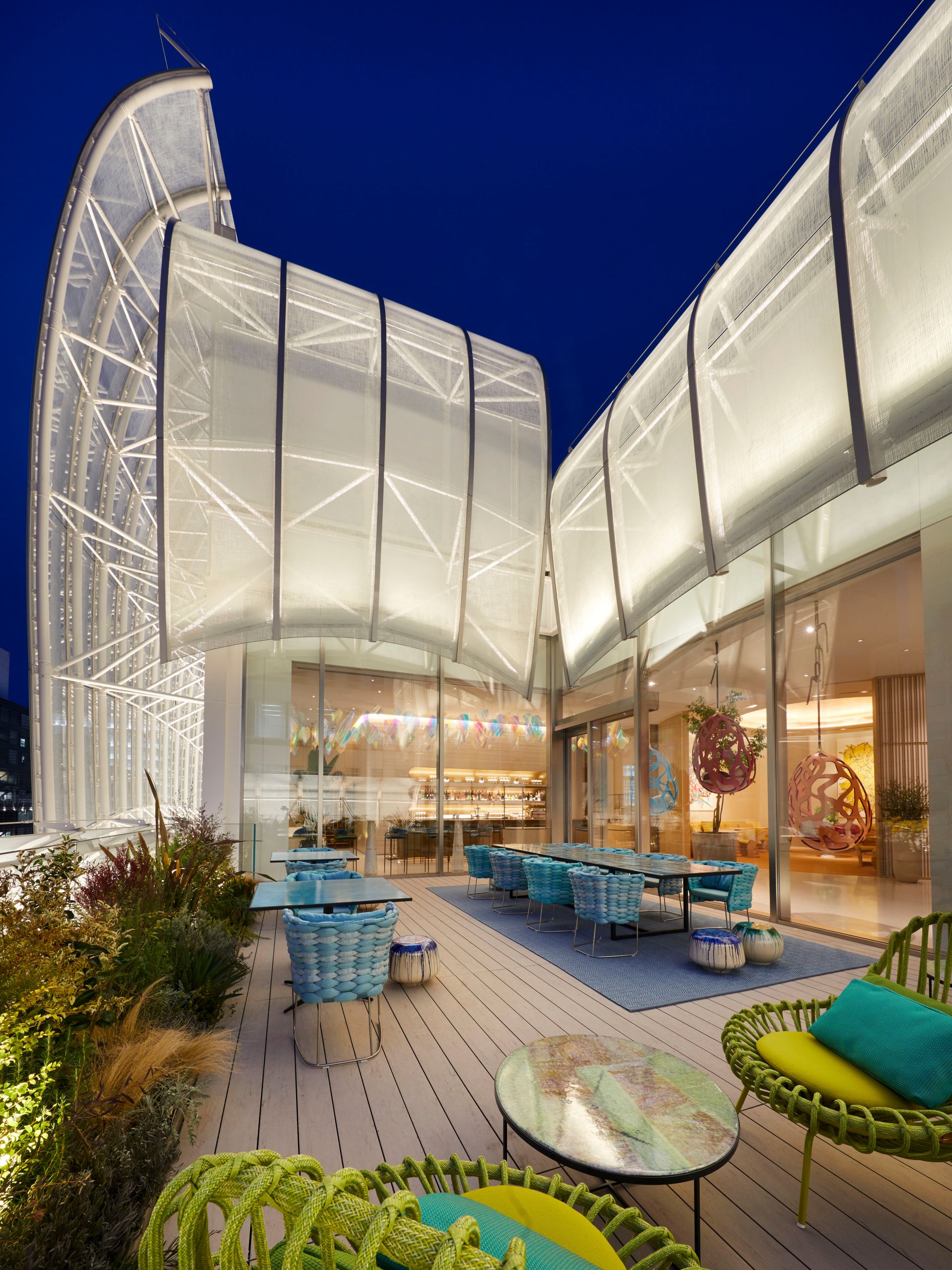 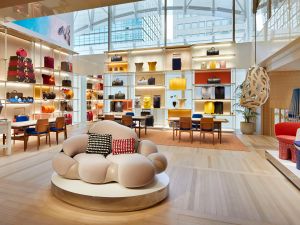 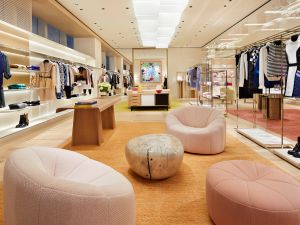 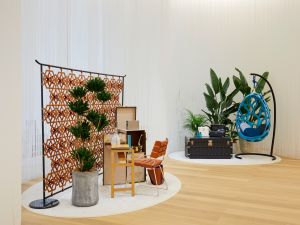 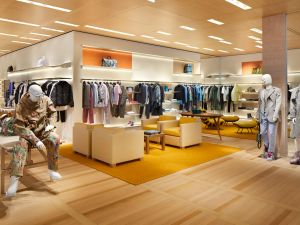 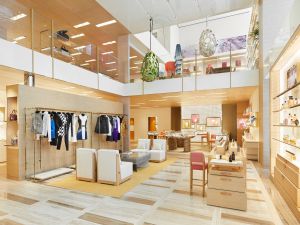 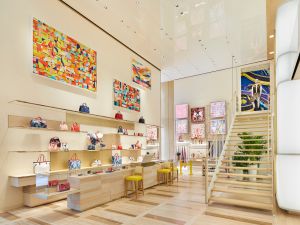 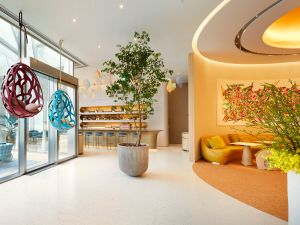 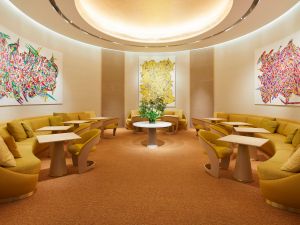 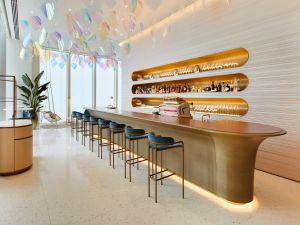 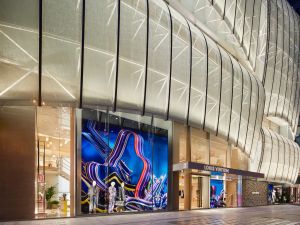 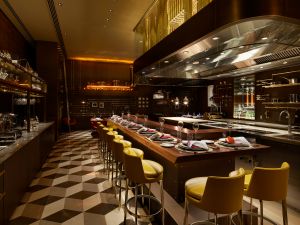 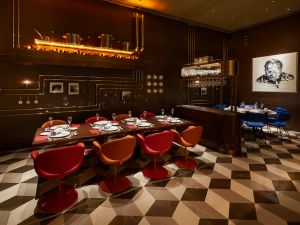 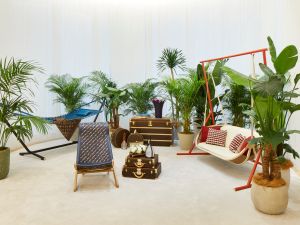 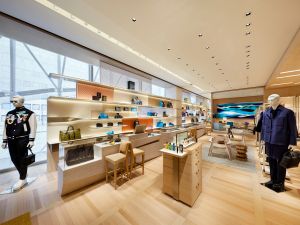 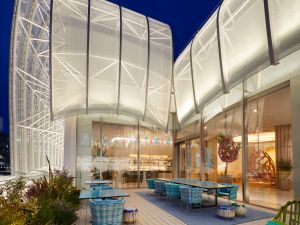 For the first time ever, Louis Vuitton is venturing into the culinary sphere. The chic French fashion house’s new four-floor store in Osaka, Japan will house Louis Vuitton’s first café and restaurant.

Acclaimed chef Yosuke Suga is taking charge of the new eateries at Maison Osaka Midosuji. Le Café V sits atop the maison, with a menu curated by Suga. It’s composed of a Cocoon Room, with a sprawling terrace and a bar, and is open throughout the day and into the night. While all shoppers perusing through Louis Vuitton can make their way up to Le Café V and grab a bite to eat, it’ll be a little trickier making your way into the exclusive Sugalabo V restaurant.

SEE ALSO: Gurney’s Montauk Is Bringing the Hamptons to St. Barths This Year

A speakeasy-esque door in the cocktail bar area of Le Café V leads into Sugalabo V, which will seat just a select number of guests each evening. If it’s anything like Suga’s acclaimed Tokyo restaurant (also called Sugalabo), scoring a reservation won’t be easy—the booking process and the entrance are kept secret. At least with the new Louis Vuitton Sugalabo V eatery, you’ll be able to (hopefully) locate the entry door.

Sugalabo V is set up with an open kitchen, and Louis Vuitton Objets Nomades designer Tokujin Yoshioka created a Monogram-inspired charger plate for the restaurant, so much of the tableware comes from that. The restaurant’s interior is in line with the nautical theme seen throughout the store, as the shop’s aesthetic takes inspiration from Osaka’s history as a port city and travel destination.

Architects Jun Aoki and Peter Marino collaborated on the design for Maison Osaka Midosuji; Aoki has worked on quite a few Louis Vuitton shops in Japan, as well as the Fifth Avenue store. Aoki wanted the Osaka maison façade to resemble a floating ship, while Marino’s interiors include wooden floors, wood-clad pillars and metal ceilings meant to evoke the feeling of floating along on a yacht.

Louis Vuitton is the latest design house to branch into the restaurant realm. Tiffany & Co. opened the Blue Box Café in 2017, while Paris eatery L’Avenue is now set up at Saks. Ralph Lauren has restaurants in New York, Paris, London and Chicago, plus Ralph’s Coffee, with three spots in New York and three more throughout Asia.

If you’re ready to try out the culinary bites at Louis Vuitton’s Osaka store, you won’t have to wait much longer—the shop is set to open in February.