On Monday, Christie’s announced that a work by the world-renowned conceptual performance artist Marina Abramović that’s been touted as the “world’s first mixed reality artwork” will go on display in a traveling exhibition this year. The exhibition is the result of a partnership between Microsoft and the major auction house. Abramović’s work, a performance piece The Life, will be presented using a Microsoft HoloLens 2 headset beginning on February 10, at a Los Angeles exhibition space produced by the studio Tin Drum. Abramović first debuted the piece last February in London’s Serpentine Gallery, and it’ll go on view this year at various locations, coinciding with Frieze LA, Frieze New York and Frieze London.

Specifically, The Life consists of a 19-minute recorded performance by Abramović, clad in a red dress and with her hair drawn slickly back, that guests experience by putting on a pair of goggles. Essentially, when the headset is pointed in the direction of a cordoned-off five meter circle, Abramović materializes within the boundary. In a press release, Christie’s touted The Life as the world’s first “mixed reality” artwork. So what makes this different from the many other artistic creations that urge viewers to don a virtual reality headset? In this instance, the surrounding gallery space and visitors will remain visible while you engage with the art—Microsoft’s tech simply allows Abramović to appear. This differs from virtual reality, where entirely new surroundings are conjured during the experience.

“At Microsoft we believe that creating new opportunities for artists to transcend cultural boundaries and amplify their societal impact is at the forefront of creating a more inclusive and optimistic future,” Lila Tretikov, the CVP of AI and Mixed Reality at Microsoft, said in a statement. “By sharing our innovations in mixed reality and artificial intelligence, we bring together science and art in an attempt to understand and explain the world around us.”

The traveling exhibition, which will also pop up in May and London this year, is a clear continuation of Abramović’s history of success when it comes to innovative art events. In 2010, The Artist Is Present, her extended performance at the Museum of Modern Art in New York City, drew a record 850,000 visitors, becoming the most popular show in the institution’s history. Now, it seems, she experimenting with duplicating the experience, just without needing to actually be there. 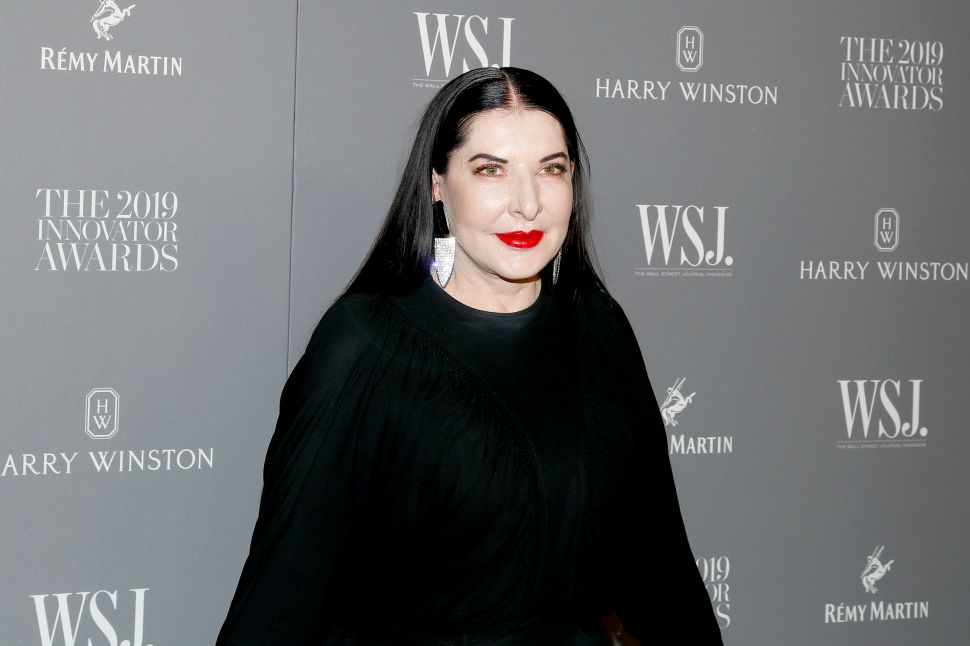