Disney+ is the future of the Magic Kingdom. While the Marvel Cinematic Universe, Disney’s crown jewel at the moment, will remain cinema’s most bankable box office bet for the foreseeable future, it too is branching out with a handful of series for Disney’s streaming service. But as ABC’s Agents of SHIELD concludes its seven-season run this year, Marvel isn’t eschewing broadcast television forever.

ABC Entertainment president Karey Burke revealed at the Winter TCA Press Tour that she and Marvel head honcho Kevin Feige (who has a lot on his plate at the moment) are developing a new superhero series for the network, Deadline reports. We’ve previously questioned if Disney is stretching the Marvel brand too thin with an avalanche of films and new TV series arriving in the next few years. But you gotta milk that cash cow, right?

SEE ALSO: The Shows Netflix and Its Rivals Will Enlist in the Streaming Wars of 2020

Burke noted that they had not discussed which characters would headline the series. That got us thinking about which faces might be best suited for the network. (Note: Disney+ series already in development include The Falcon and Winter Soldier, Loki, She-Hulk, Moon Knight, Hawkeye, What If? and WandaVision).

Ideally, the new ABC series will utilize a character previously unseen in the Marvel Cinematic Universe; Roberto Reyes (Ghost Rider) has already appeared in 10 episodes of Agents of SHIELD. If Marvel doesn’t want to bring this iteration of the character back for a spinoff series (which actually might make sense), they could also go with Johnny Blaze, who was the second Marvel character to adopt the Ghost Rider mantel. There were once plans for a Ghost Rider show on Hulu that didn’t ultimately move forward. Now might be the time to reheat that concept as he remains a popular character among Marvel fans.

You might remember Blaze from Nicolas Cage’s forgettable Ghost Rider films. One reason Marvel might be open to using the character here is because neither movie was approved by China’s censors. Given how important the Middle Kingdom is to Marvel’s box office bottom line, Feige may decide the popular character is best utilized on the small screen.

Broadcast television is defined by its attempt to cultivate broad appeal; too niche and they lose the audience (a million Firefly fans just cried out in agony). One avenue to attracting four-quadrant interest is a diverse cast of heroes hovering around a young adult age range. The CW has cultivated its entire brand around this idea to positive results and it also worked well on Hulu’s Runaways. The two teams have even crossed over in the comics and we know how much Marvel loves it inter-connectivity.

The Young Avengers are composed of a rotating roster of superpowered characters that sometimes share connections to high profile Marvel names. One time-traveling iteration of Nathaniel Richards, a descendant of Fantastic Four team leader Reed Richards, founds the Young Avengers in his youth before going on to become the iconic character Kang the Conqueror.

After acquiring Fox, perhaps Disney could use ABC as a developmental league of sorts for characters such as Richards/Kang before pushing them into bigger roles in the future.

Simone Missick portrayed Misty Knight on Netflix’s Luke Cage and Iron Fist, but fans were only treated to a brief glimpse of the character in all her bionic-armed glory. In fact, all of Netflix’s Marvel series were developed when Marvel TV and Marvel Studios were separate entities under the same corporate banner. Now that Disney has consolidated all of Marvel under Feige, we wouldn’t be shocked if he revisited certain recognizable names.

Arguably the most popular genre to ever flourish on broadcast television is the cop procedural. Well, Knight just so happens to be an ace detective. Give her an interesting case each week, let her beat up some bad guys, slap that Marvel tag in front of the credits, and you’ve got yourself the skeleton of a primetime series.

If Agents of SHIELD is the FBI of the superhero world protecting us from local menaces, Agents of SWORD is the CIA. In the comics, they are a counter-terrorism and intelligence agency that deals with extraterrestrial threats to world security. They’re kind of like the Men in Black without a catchy theme song from Big Willy.

An Agents of SWORD series would seamlessly enable Marvel to recycle popular SHIELD characters such as Chloe Bennet’s Quake and Ming-Na Wen’s Melinda May while also incorporating Samuel L. Jackson’s Nick Fury (if he’s willing to head to broadcast). There are rumors that SWORD will pop up in Disney+’s WandaVision, giving the property more cross-pollinating ping pong potential.

The MCU is expected to emphasize its cosmic real estate moving forward, so Agents of SWORD could be a bite sized pallet cleanser in advance of galactic expansion. 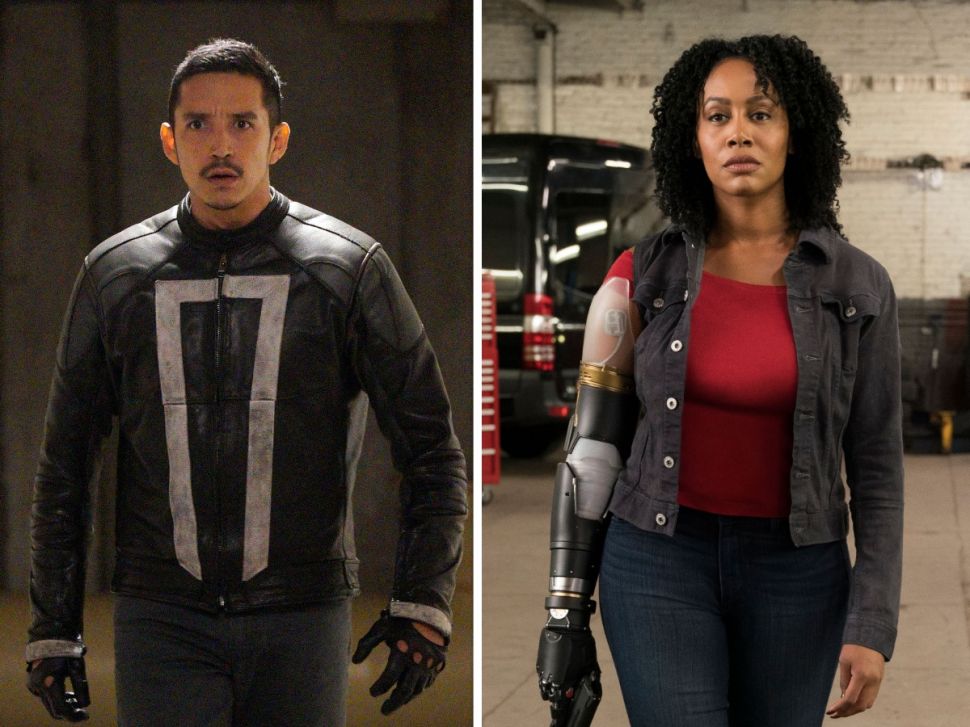