It is a truth universally acknowledged that if a gimmick works once, and manages to attract international press attention as well as a deluge of financial interest, it’s bound to be repeated ad infinitum until the sun explodes or at least until everyone gets bored. This classic example of human behavior was on display this weekend at the Las Olas Art Fair in Fort Lauderdale, Florida, where an artist named Roy Rodriguez apparently mounted a piece for sale that clearly echoed Maurizio Cattelan’s infamous artwork Comedian, the controversial Art Basel banana that rocked the art world in December.

Rodriguez’s piece, which he evidently named after his friend Howard Alan, is called Howard Alan Shows Banana and features the same basic materials and setup as Cattelan’s Comedian: a banana affixed to a wall with a long piece of duct tape. Whereas two editions of Cattelan’s artwork sold for $120,000, Rodriguez has priced his version at a slightly reduced asking price of $100,000.

The firestorm that exploded around Cattelan’s banana was due in part to the shock that reverberated around the world when the piece was plucked off its display wall and eaten by the performance artist David Datuna. Representatives for Cattelan’s gallery had to scramble to clarify that the artwork itself had not been destroyed (and could therefore still be sold), because the value in Comedian was the idea of a banana taped to a wall, rather than the idea’s material form.

With this perspective solidified, one then has to question whether Rodriguez’s take on Cattelan’s banana is a violation of the original artist’s intellectual copyright. The creation of art and the sale of art has a lot to do with context, and if Rodriguez were simply taping a banana to a wall in his own home, that would be one thing, but putting Howard Alan Shows Banana up for sale might actually qualify as tangible idea theft. Regardless, it remains to be seen whether this is actually the case, or whether Rodriguez has even yet had luck selling his work. Observer has reached out Rodriguez for comment. 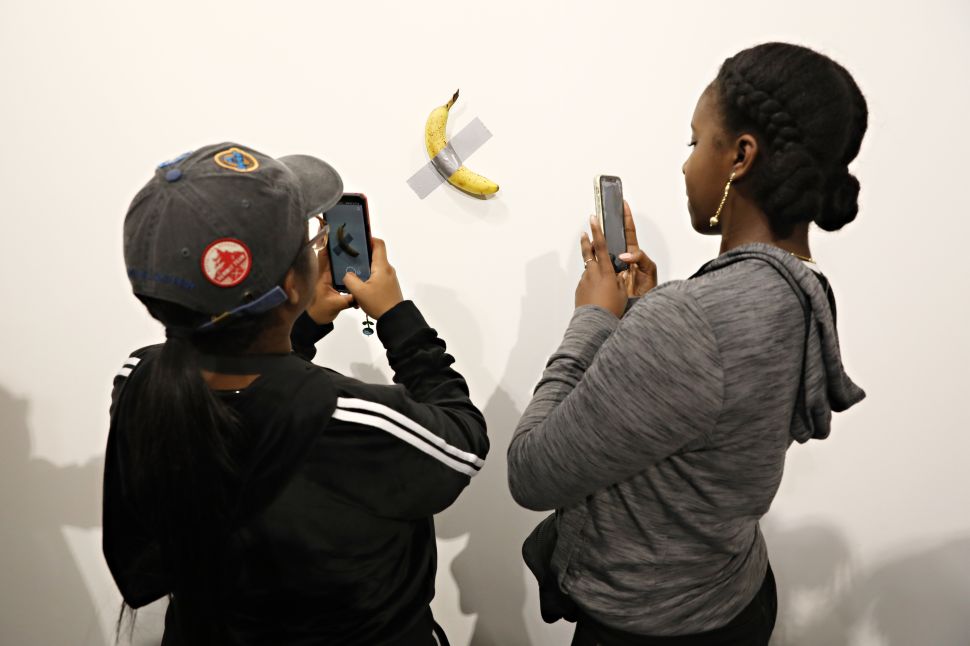