It’s only been a week since Prince Harry and Meghan Markle announced their intentions to step down as senior members of the royal family, a decision that some of the tabloids have controversially dubbed “Megxit,” but the Duchess of Sussex is already settling right into her new life in Canada.

Shortly after the Duke and Duchess of Sussex released their Instagram statement, Meghan boarded a commercial (budget!) flight back to Canada, reuniting with Archie and also her two pups. Prince Harry is still in the U.K., as he has at least one more official engagement this week, plus there was that whole “Sandringham Summit” with Queen Elizabeth, Prince Charles and Prince William, to discuss the actual details of the Sussexes’ future plans.

The Queen has since agreed to let the Duke and Duchess of Sussex live in both the U.K. and Canada during this transition period, and Meghan hasn’t wasted any time. She’s already completing engagements in her new part-time home. Duchess Meghan is currently staying at the Vancouver Island vacation home where she, Prince Harry and Archie spent their six-week holiday, according to E! News, and she has been mostly “laying low” and also driving around in her Range Rover.

But she is venturing outside of Vancouver Island, and for a very good cause. The Duchess left her temporary home via seaplane in order to make a private visit to Vancouver’s Downtown Eastside Women’s Centre; the organization supports women and children in the community as a safe space that provides meals and other necessities. Meghan’s surprise visit included a tea with the staff at the women’s shelter to discuss issues impacting women in the area; the organization shared a photo with Meghan on its Facebook page.

While Queen Elizabeth did acknowledge that there are still many more details to finalize with the Sussex transition, Meghan’s latest appearance for an important cause is surely a sign of what we’ll see from her in her new role.

Meghan still has a few more days with just Archie in Vancouver Island, but Prince Harry will be reuniting with his family very soon. He has one more engagement in London this week, as he’s hosting the Rugby League World Cup 2021 draws for the men’s women’s and wheelchair tournaments at Buckingham Palace on Thursday, per People (he’s the patron of the Rugby Football League). But he is expected jet back over to Canada shortly afterwards. 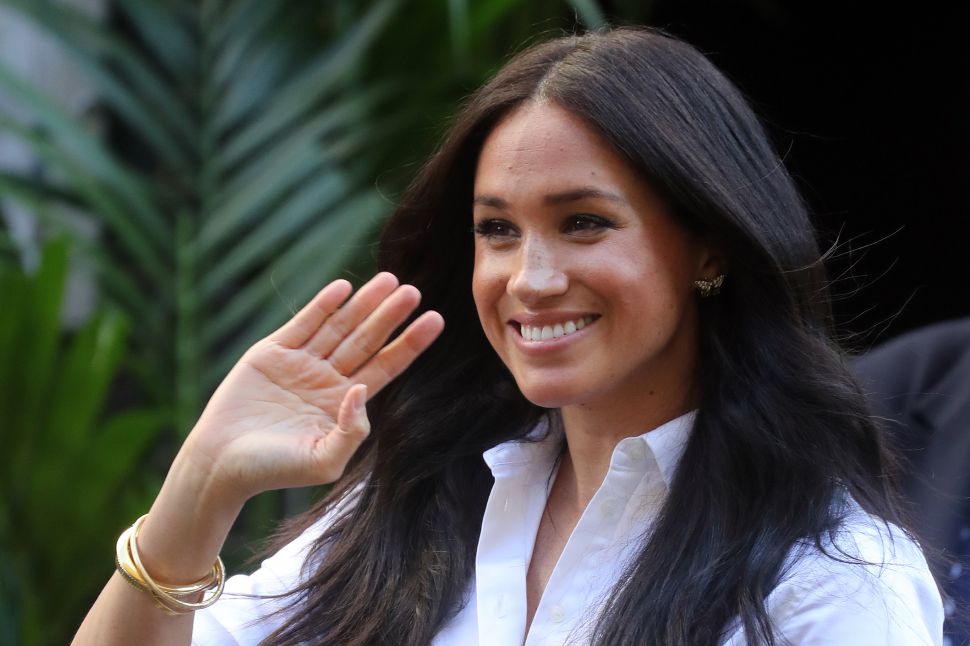