At Apple’s Q4 earnings presentation on Tuesday, CEO Tim Cook refrained from revealing specific numbers regarding the company’s new streaming service, Apple TV+, but touted that the platform is “off to a rousing start.” On one hand, when you don’t have the numbers to support the success of your platform, you use vague platitudes as a replacement. The entire industry expects Disney CEO Bob Iger to flaunt gaudy subscription statistics for Disney+ on the Magic Kingdom’s earnings call next week. But dig a little deeper and it’s plausible that Apple TV+ is more successful than the public might initially believe.

Apple TV+ original series accounted for six of the top 10 digital original debuts with American audiences in Q4 2019, according to data provided to Observer by research firm Parrot Analytics. The following table from Parrot Analytics breaks down the top 10 streaming debuts of the quarter with U.S. audiences—defined as the average audience demand for a new series’ 30-day premiere range, indexed against the demand of the average show in the U.S.

SEE ALSO: Paramount’s Best Shot at Reviving ‘Transformers’ May Be on Netflix

Netflix’s The Witcher, Disney+’s The Mandalorian and DC Universe’s Harley Quinn rank as the three most in-demand new streaming series of Q4, 30 days after their premieres, as compared with U.S. audience interest in the average TV series. The Witcher is based on a series of globally popular books and video games, The Mandalorian is set in the Star Wars universe and Harley Quinn follows one of DC’s most popular comic book characters. All three are connected to pre-existing intellectual property, whereas Apple TV+ is relying solely on original content. That lack of an established library of content is considered a long-term weakness for Apple TV+, which is perhaps the reason why the company has been mentioned as a potential landing spot for MGM Studios in any future sale.

Apple is granting customers who buy new Apple products such as iPads, iPhones and Macs a free one-year subscription to Apple TV+, which usually runs $4.99 per month. With more than 1 billion active worldwide devices, Apple boasts unparalleled market penetration potential. However, Apple TV+’s content has not yet brought the type of awards attention or zeitgeist-capturing conversation we typically associate with leading Peak TV content. But in the early going, it appears as if the ease and convenience of access is providing a decent enough return, even if flagship series The Morning Show comes in behind other Apple TV+ originals.

Parrot Analytics tracks video streaming, social media activity, photo sharing, blogging, fan and critic rating platforms and other consumer demand sources to put together a composite of viewership and growth. Demand expressions represent the total audience demand being expressed for a title within a market and not specific viewership statistics. 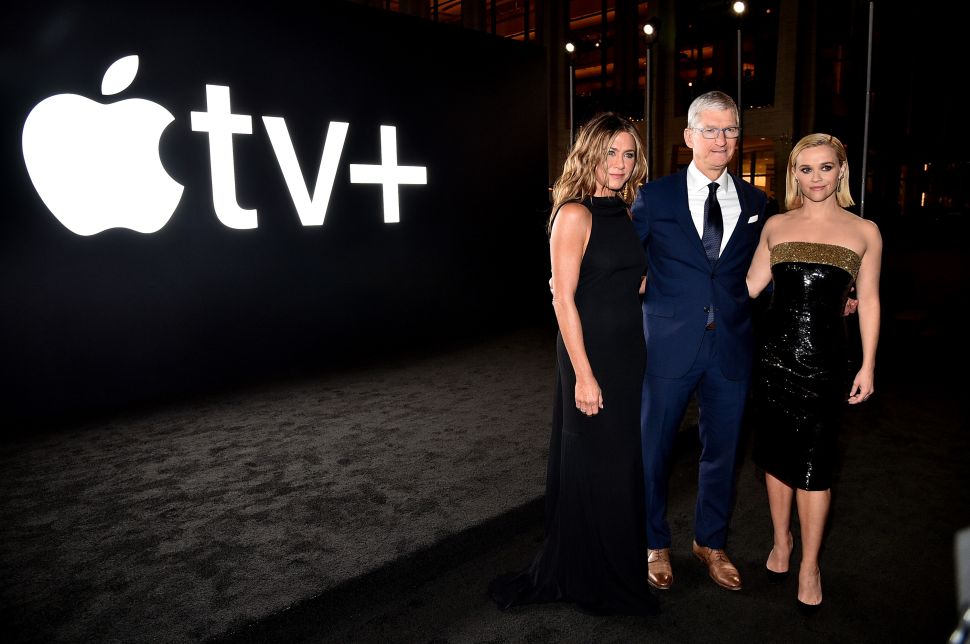