A 17-year-old high school student recently got the most out of his NASA internship. How did he do that? He helped to discover a planet—you know, a planet, like in space—with two suns. Now, not only did this intern help discover a planet, but he also has one of the best names known to humanity: Wolf Cukier.

Let’s backtrack: Cukier, a senior at Scarsdale High School in New York, thought he’d take a summer internship at NASA’s Goddard Space Flight Center in Greenbelt, Maryland. But, instead of being assigned to make coffee, Cukier was asked to look at star brightness variations that had been recorded by the space program’s Transiting Exoplanet Survey Satellite (TESS). The aim of TESS is to hunt for planets outside of the Earth’s solar system. And Cukier helped do just that.

SEE ALSO: Want to Fly Around the Moon With a Billionaire? Here’s Your Chance

Smash cut three days into his internship: Cukier noticed a signal from TOI 1338, a binary star system just a mere 1,300 light-years away in the Pictor constellation. Thus, Cukier discovered a new planet.

The discovered planet was dubbed TOI 1338 b (TIO stands for Test Object of Interest). And it gets better. The planet is also orbiting two suns—the first binary planet discovered by TESS. Sci-fi fans will note that’s just like Tatooine as seen in Star Wars Episode IV.

In fact, Cukier is also a hardcore Star Wars fans, so imagine the thrill of helping with this fandom fantasy discovery.

As he told CNBC: “I discovered a planet [that] has two stars which it orbits around, so if you think to Luke’s home world, Tatooine, from Star Wars, it’s like that. Every sunset, there’s gonna be two stars setting.”

Goddard scientist Veselin Kostov told Time magazine of the discovery: “The human eye is extremely good at finding patterns in data, especially non-periodic patterns like those we see in transits from these systems.”

More sci-fi fun: The NASA team at Goddard used software called Eleanor to verify the information in the images, which is named after Eleanor Arroway, the lead character in Carl Sagan’s novel Contact.

So, are you interested in discovering your own planet? Here’s how you too can become a NASA intern. Good luck with your planet discovering! 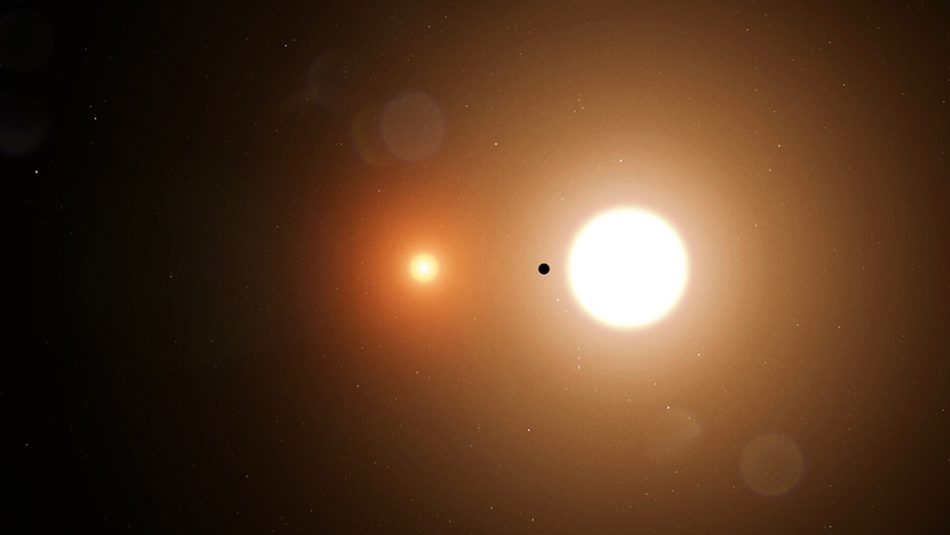