As of September, Netflix stock had tumbled 5 percent in 2019 with competition from well-resourced rivals such as Disney, Apple and Comcast leaving investors leery of the future. On the eve of the streaming company’s Q4 earnings report Tuesday, that sentiment may linger. Netflix lost key legacy programming such as Friends when the calendar flipped to 2020 and is set to lose The Office after this year. HBO Max and Peacock will join an increasingly crowded direct-to-consumer fray this spring, leaving some analysts less bullish on the market leader.

So what should we really expect from Netflix’s quarterly earnings report? Eric Schiffer, a tech investor and CEO of the Los Angeles-based private-equity firm The Patriarch Organization, credits Martin Scorsese’s The Irishman for projected growth in subscriber numbers.

The problem: Netflix isn’t growing as fast as it used to

According to data provided to Observer by SimilarWeb, a leading market intelligence company, Netflix Android app daily active users (DAUs) experienced a quarter-over-quarter and year-over-year decrease both domestically and internationally. Primary overseas markets such as India, where Netflix has publicly courted its next 100 million subscribers, experienced significant slowdowns in daily usage.

While this doesn’t directly correlate to subscription numbers, director of investor solutions Ed Lavery tells Observer that SimilarWeb’s data has proved useful at “showcasing overall trends.” The trend here is a deceleration of growth.

Churn, or the number of customers that cancel their subscriptions in a given time period, is an inevitable aspect of direct-to-consumer business. With additional attractive options now competing with Netflix in the streaming marketplace and no less expensive ad-supported model available, Netflix’s churn rates could remain high in the coming year.

However, Netflix’s domestic dip in 2019 can be partly attributed to a price increase, which always leads to an immediate exodus of customers. With no cost hike publicly planned for 2020, subscription rates could stabilize in comparison to the last eight months. Even so, Netflix has another glaring issue weighing on the minds of investors. The streamer is reportedly $14.6 billion in debt though it plans to spend more than $17 billion on content in 2020.

“Frankly, with their current financial status and major debt load, I see the year ahead as incredibly challenging for the company in order to retain its current position and be viable in the months ahead,” Al DiGuido, president and chief revenue officer of North 6th Agency, an outcome relations agency, told Observer.

One solution: doubling down on original TV and movies

“Producing blockbusters, leaning into new revenue streams and personalization—these are the areas of growth opportunity for Netflix this year,” he told Observer.

Exclusive films have long been a crucial driver of subscription growth. To that end, Netflix leads all studios with 24 Oscar nominations this year, including two Best Picture contenders in The Irishman and Marriage Story. In terms of blockbusters, the company recently released Michael Bay and Ryan Reynolds’ $150 million action movie 6 Underground. The studio is also developing Dwayne Johnson’s $160 million Red Notice and is working on a sequel to Will Smith’s $90 million Bright. Eventually, the company hopes to release 90 films per year ranging from mid-budget indie films to $200 million blockbusters. Given chief content officer Ted Sarandos’ aggressive approach to programming and CEO Reed Hasting’s long-term strategy, the studio should ultimately possess the necessary library of originals to remain attractive.

“They have transformed themselves into the envious position of a major studio that’s inherently direct-to-consumer,” Math said.

There’s also still room for innovation at Netflix. The streaming company was an early adopter of personalization algorithms that better tailored content suggestions to users in hyper-targeted efforts. Further utilizing that data to better understand genre popularity and viewing habits will enable them to better curate personalized outreach efforts to their subscribers and prospective customers. It is here where Netflix holds the biggest advantage over its competitors, many of which are just entering the over-the-top realm for the first time.

As the market-leader, Netflix should also finally concede to the reality of pricing power and begin experimenting with ad-supported packages. This would enable them to leverage their market-leading subscription base—roughly 160 million worldwide—and attack their debt situation with an infusion of additional revenue.

“In terms of momentum in the OTT world, an argument can be made that the more subscriptions people have, the less they want to spend on each,” Math told Observer. “Hulu paved the way and is 70% ad supported. Peacock and HBO Max are focusing on ad-support. I expect viewers to embrace ad-supported models and paying less for more services.”

Even if tomorrow’s earnings report does reveal a deceleration of growth—and it’s important to remember that fourth-quarter reports often receive a holiday season boost—Netflix has the comfort of an enormous cushion to fall back on. The company has better content, lower costs, more flexible package offers (such as region-specific mobile only plans) and less competition in nearly every critical non-U.S. market for the next several years. To date, Netflix has released 100 seasons of local language, original scripted series from 17 countries and plans to invest in 130 more in 2020. Disney+ hopes to be available worldwide within two years; no other streaming service can compete with Netflix’s years-long overseas investments.

Disney+, Apple TV+, HBO Max, Peacock, Amazon Prime Video, Hulu and CBS All Access are all worthy competitors with billions of dollars and endless content to shower over the industry. As such, it’s no surprise that Netflix’s growth may be slowing both domestically and internationally as investors get nervous and rivals reclaim content from their library. Anytime a new predator is introduced into an ecosystem, the status quo is bound to be disrupted.

But Netflix still maintains several advantages over the competition. Their brand recognition remains unparalleled, their lead in algorithmic development and data collection trounces its opponents, and its willingness to spend aggressively will keep it flush with content. The sky isn’t falling on Netflix just yet.

“Apple TV+ and other combatants don’t have the deep bench or the creatives to currently threaten Netflix in a material way where consumers are perfectly content with either multiple services or see the greatest value with Netflix,” Schiffer surmised. 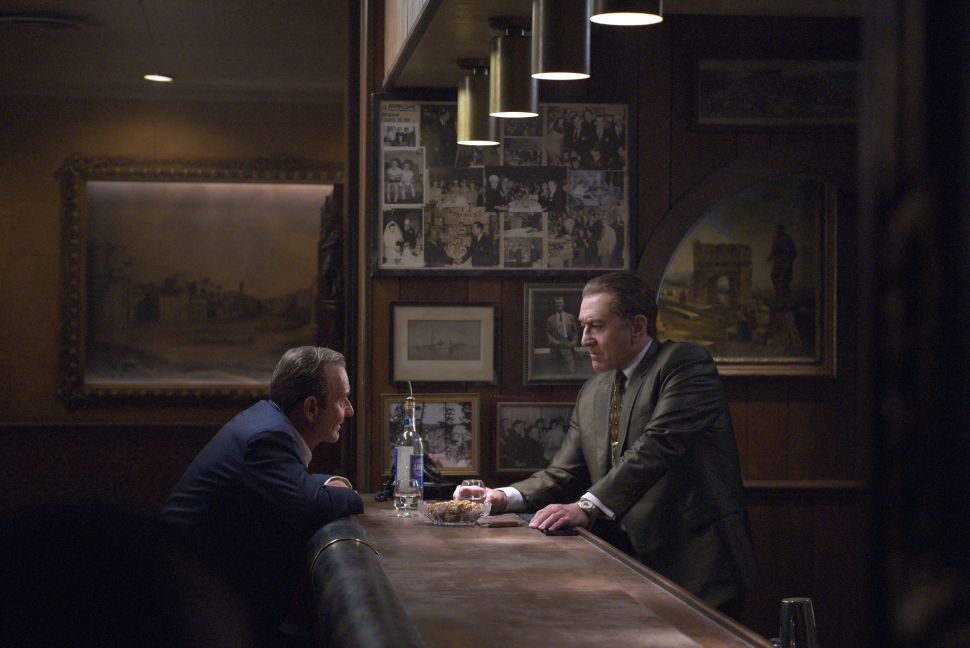