So what did you resolve to do last New Year’s Eve? Most Americans make decisions to change something about themselves. Only a few think about how to enhance the quality of society. But that’s exactly what a thriving business community might resolve to focus upon in 2020, especially as fears of a recession creep closer.

SEE ALSO: Is There Actually ‘Peace on Earth’ Today? The Answer May Shock You

The Ghost of New Year’s Resolutions Past?

Most folks probably forgot what they resolved to do last year. Inc.com surveyed people about a year ago as to what they intended to do in 2019. Here’s their list.

Sadly, most of the resolutions at the top are also the ones we fail to achieve the most. In fact, more than half of those polled said they expected to fail in reaching their goals.

Most of these decisions are personal ones, while only the last one on the list involves connecting with others. Yet, that’s the one that might be the most important for 2020, as research shows that building an engaged community is exactly what a free market needs to survive, and thrive.

The Importance of Social Capital in 2020

Last month, a student of mine, P. T. Alford, finished second in an undergraduate competition at the Georgia Political Science Association. His big finding was that economic freedom is associated with something called social capital, which is about building a local community of trust in each other, and in political and societal institutions. This finding was supported in a study of more than 100 countries worldwide.

Countries with strong levels of social capital are mostly likely to have the best environment for free enterprise. So what does that mean for the United States? What should states, cities and counties do to boost businesses in their neighborhood?

In our community, local businesses put together a care package for the first baby born in the year. But there’s a catch. There must be a father present along with the mother. Why does that matter? The first measure on social capital is family unity, with the share of births to both parents, as well as single parent families. It’s hard to build a strong community without family unity, and businesses recognize that.

But the town goes one step further. The wife of a leading executive of a local firm runs the Pregnancy Center which assists single women caught in such unfortunate circumstances. And she’s an excellent fundraiser. She organizes one biggest events of the year, the West Point Lake Dragon Boat Race, where dozens of teams compete in a rowing race in front of thousands of residents in an Olympic-style, all-day event, with proceeds going to the Harmony House Domestic Violence Shelter. It helps troubled families and brings our city together.

And it’s not just families. In this era of social media, many adults feel isolated, which can affect who they trust and whether they even get out of the house. Social capital indices monitor the share of adults who get needed emotional support, how many close friends they have, do they do favors for each other and whether or not they trust others in the neighborhood.

Our regional businesses typically support sales tax initiatives which pay for community sports, from a huge baseball complex and series of football and soccer fields to an indoor swimming facility and exercise center. The area has, in fact, become a hub for regional sports leagues, bringing in all kinds of people who spend money in nearby hotels and restaurants, with the sales tax paying for the facilities and local business thriving. It keeps the kids pretty healthy and active, and the teams (all sponsored by local businesses) bring all kinds of people together.

As for literacy, I am on the board of a local non-profit, the Certified Literacy Community Program (CLCP). We sponsor a series of fundraisers to boost reading in town, but many of the events we put on, with generous corporate support, appeal to the community. There’s an annual corporate spelling bee (for adults), a team-based trivia contest, a 5K race and events where we give out dictionaries to kids (believe it or not, they love it). It’s not only about promoting literacy but also about bringing people together, and businesses know the importance of having people leave their homes to be with others.

Social capital also tracks the number of non-religious non-profits (like the CLCP), religious congregations, volunteers at events, attendees at public meetings, those who work to improve the community, those who serve as group officers, showing up at civic meetings and even political demonstrations.

At this point, you’re probably wonder what any of this has to do with businesses. After all, we’ve often been taught that free enterprise is an individualistic thing, not about the community. A recent meeting of our local school board explains why. A strong anti-tax group showed up, along with those who are big supporters of our public schools. The gym was packed on a December weekday night in the midst of the Christmas season. Many of the local school board officers have ties to businesses. But despite the heated subject, I was gratified to see people being civil to one another. Even with the differences, there was a general sense of trust and politeness to most attendees.

We recognize that we’re still part of the same community, and have to live together and work together. And we know that businesses often evaluate the quality of the local schools when making their decisions on where to locate.

That’s why the last measure of social capital is the Institutional Health Subindex. It covers the share of adults expressing confidence in the public schools, media and corporations, “to do what is right.” They also look at voting rates, responses to census forms, as well as crime rates, charitable giving and philanthropic health.

After I published an article about my student in a regional paper, the mayor of a nearby town contacted me. He was looking for ideas for building social capital, ideas from our city. His nearby town has places with infrastructure so poor that they lack running . People rarely showed up to public meetings before he was elected, and local sales taxes crafted to improve the community were routinely rejected. Many businesses have left these Georgia towns. It’s a warning for how things could be, without a thriving community, for the people as well as free enterprise.

If you want to boost your local community and attract more business, look at these social capital measures. They could serve as a New Year’s resolution list to start working on. 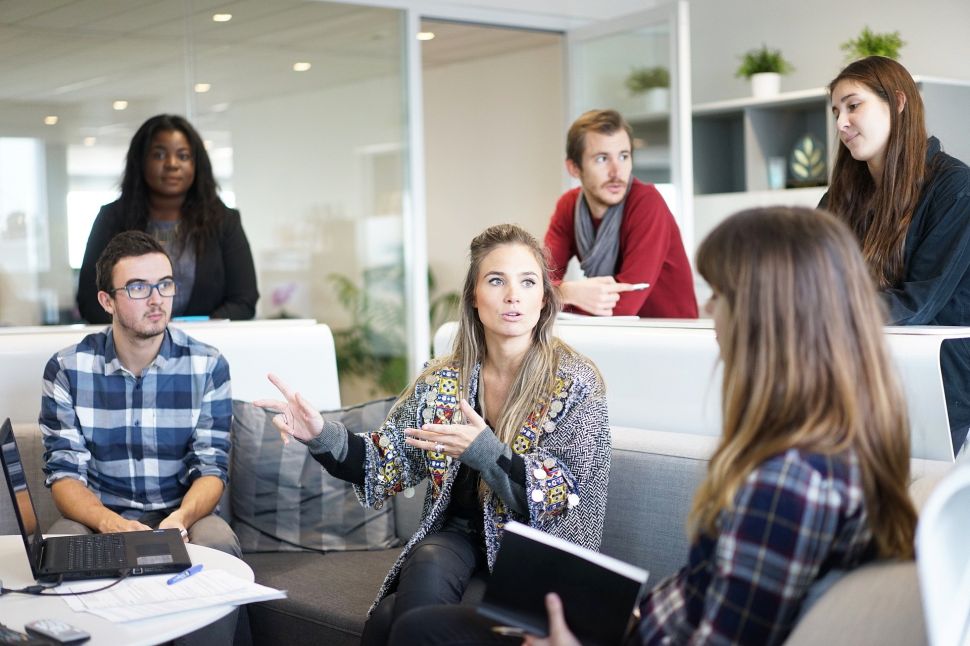